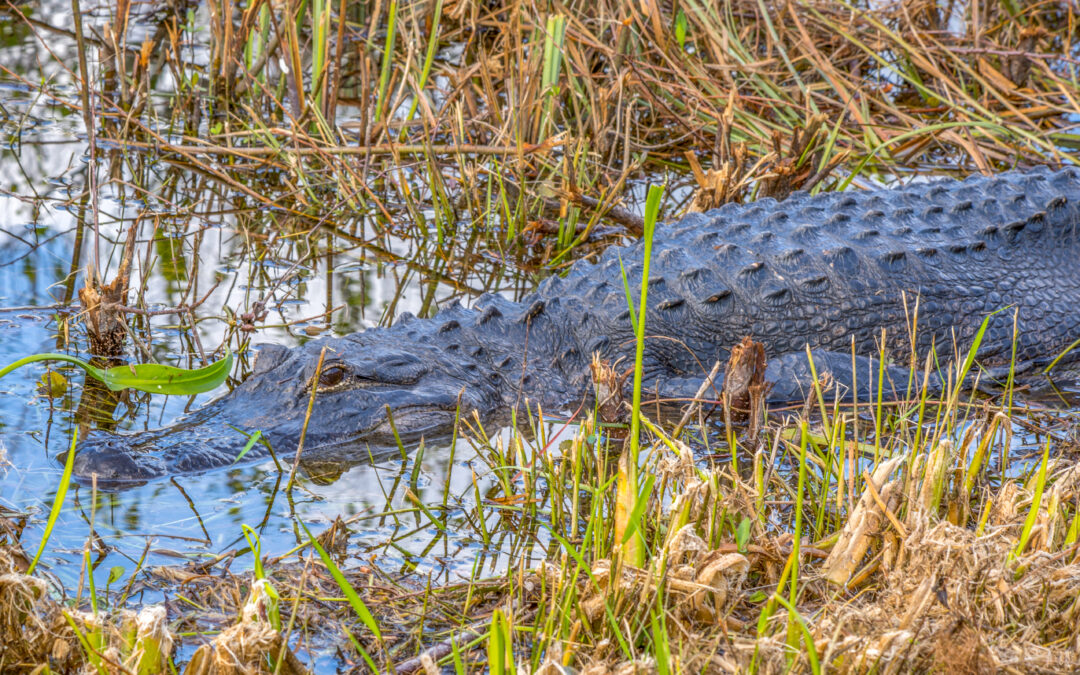 Shark Valley is one of the three main entrances and visitors centers for Everglades National Park. The Shark Valley entrance is located 30 miles west of Miami off the Tamiami Trail (U.S. Highway 41), and is in the very heart of the Everglades freshwater marsh. The park offers walking, biking, or narrated tram rides along a 15-mile loop road into Shark River Slough. The loop road is constructed on a berm over the Slough, and throughout the ride you will have the opportunity to view lots of wildlife (especially alligators). What you won’t see, however, is any sharks in Shark Valley. Shark Valley is named for two of its estuaries, the Shark River and Little Shark River, nearby waterways that are home to several shark species.

Gator on side of the road in Shark Valley

Shark Valley has lots of alligators, and it seems like most of them stay close to the loop road. And I mean really close! These pictures are all taken from the loop road at Shark Valley. 15 miles around and we saw at least 100 gators within arms reach of the road. Crazy fun riding your bike around them! 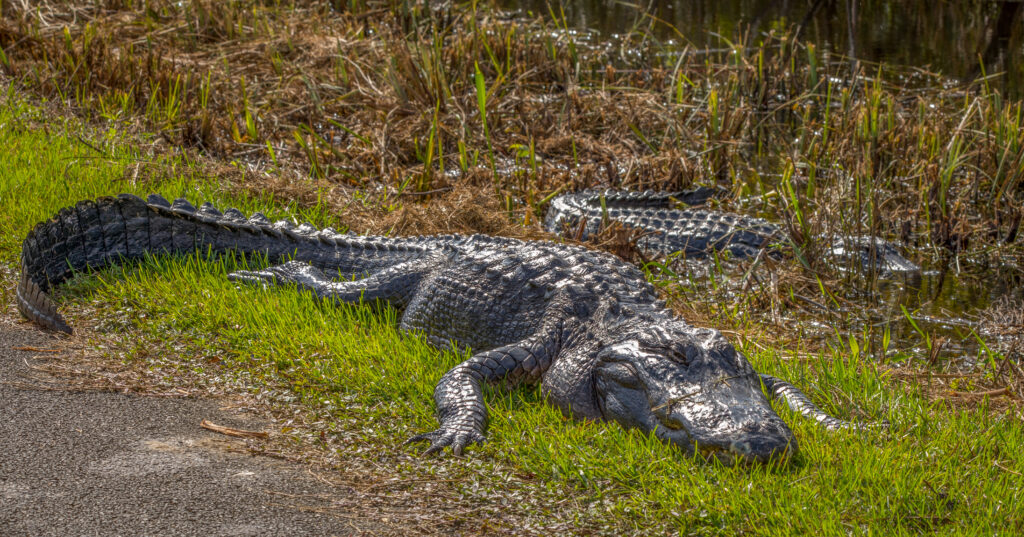 Gator on berm at Shark Valley

Halfway around the loop is a 70-foot high observation tower providing a panoramic view of the sawgrass marsh much as it appeared to to the natives over 300 years ago. 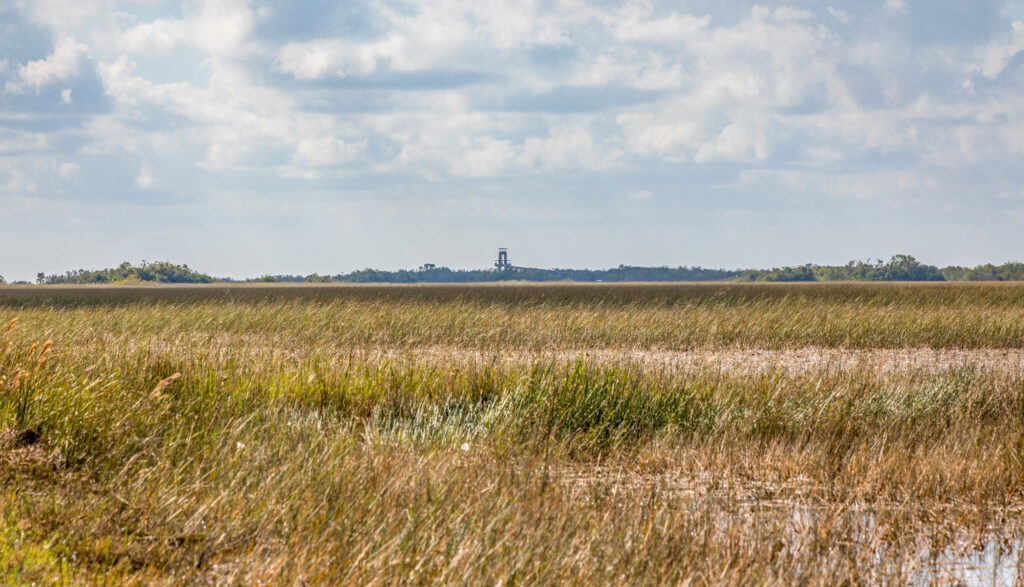 Just like the rest of Everglades National Park, Shark Valley houses an amazing variety of wildlife that are also often very close to the loop road. In the short ride around the loop we saw lots of Egrets, Herons, and other water birds. 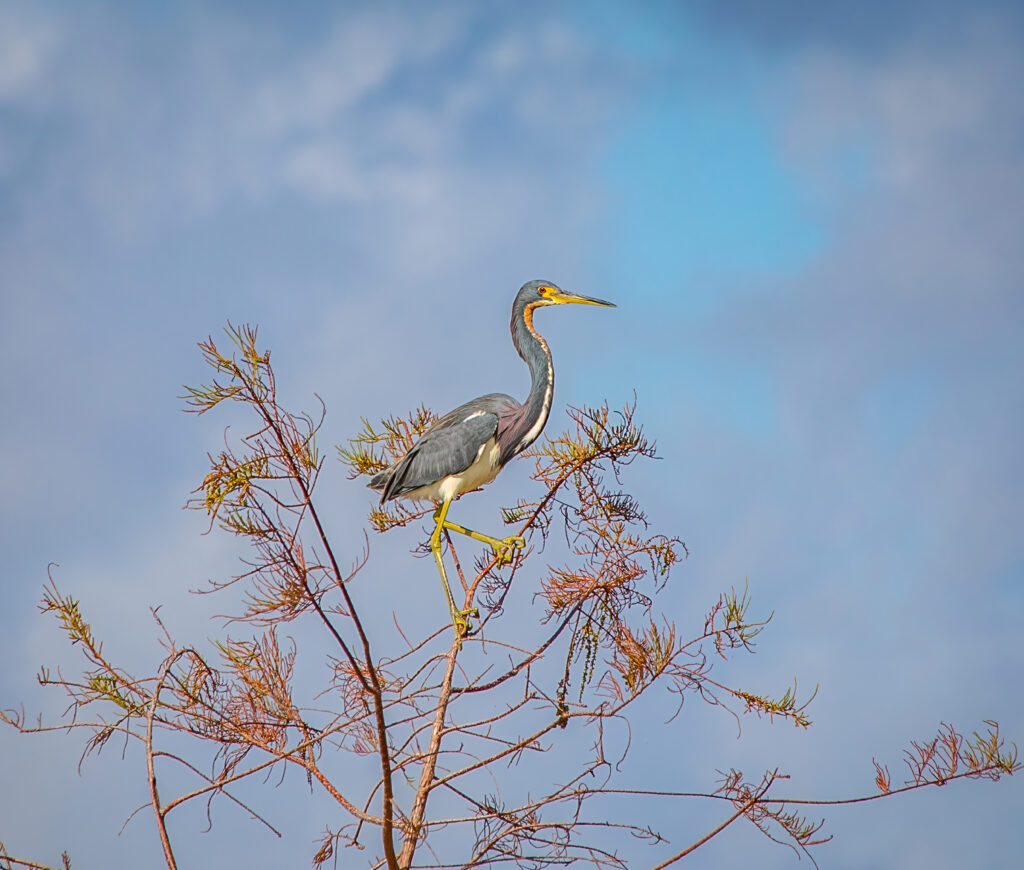 In addition, we saw several Hawks, Ospreys and other birds of prey. We were kind of surprised to see so many Hawks and Ospreys around, since they had so much competition for food from the alligators in the park. 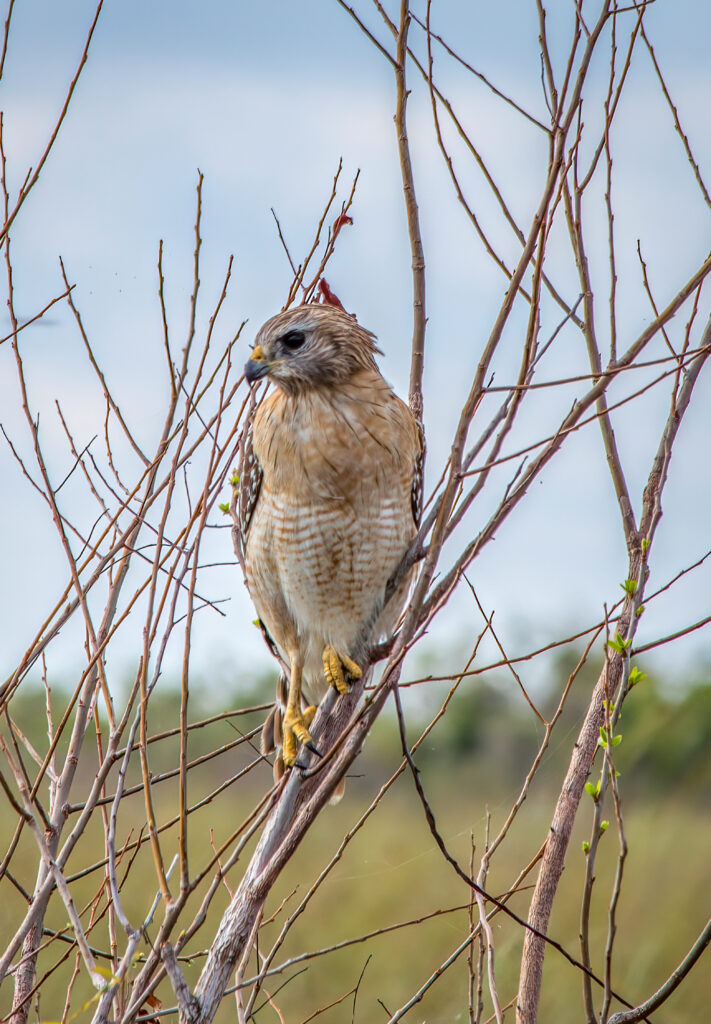 While most of Shark Valley is predominantly a slough, there are also some areas of other habitat types including mangroves and fresh water prairies. 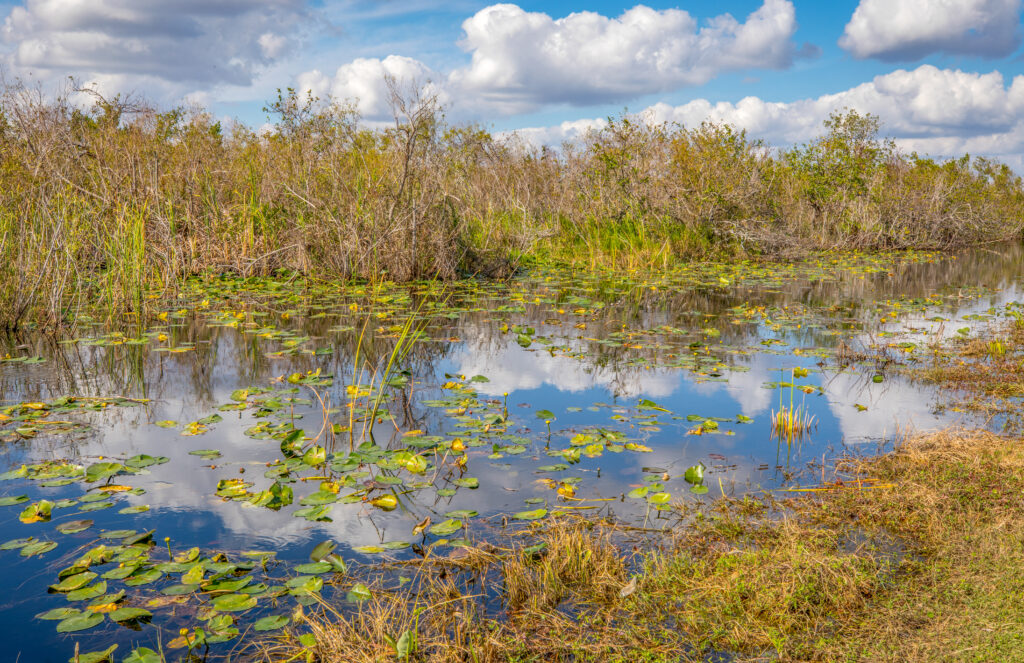 Shark Valley is a really interesting experience, and well worth a visit if you’re already headed to the Everglades.