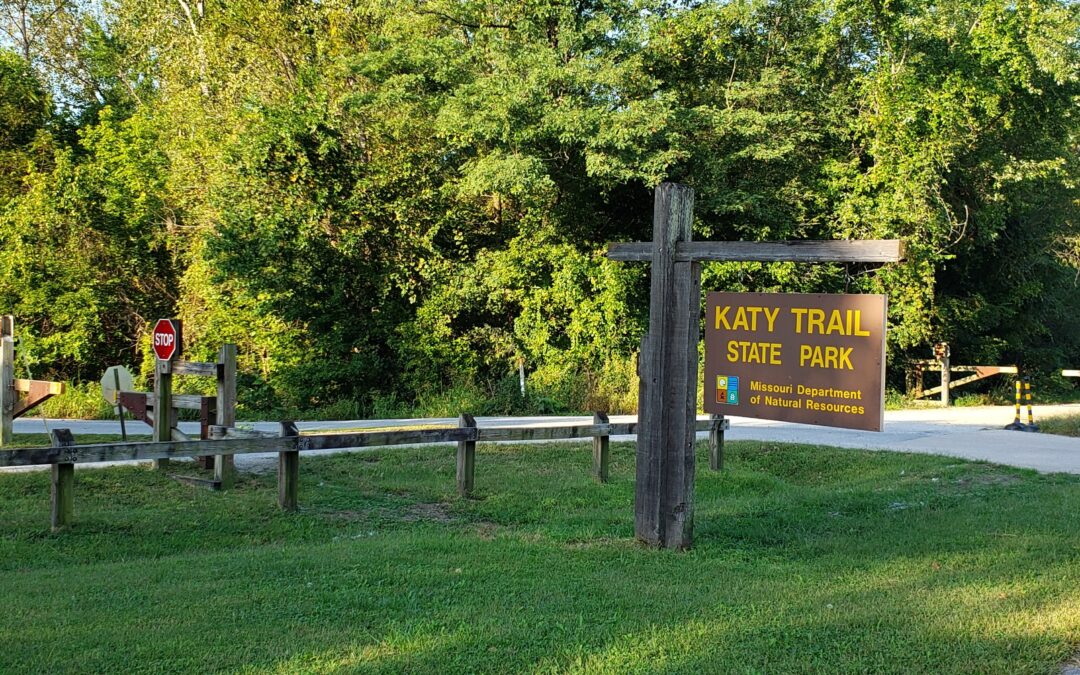 The Katy Trail is country’s longest developed recreational rail trail. The Katy Trail runs 240 miles (390 km), largely along the northern bank of the Missouri River, in the right-of-way of the former Missouri–Kansas–Texas Railroad. The trail is open year-round from sunrise to sunset, and serves hikers, joggers, and cyclists. The majority of the trail is crushed limestone, a hard, flat, mostly level surface. The nickname “Katy” comes from the phonetic pronunciation of “KT”, a short form of the railroad’s abbreviated name, MKT.

We joined the trail in Rocheport, MO, a town just outside of Columbia in central Missouri. Rocheport is relatively central to the trail, and offers a railway tunnel to explore and several scenic overlooks over the Missouri River. Rocheport is also the home of the Meriwether Cafe and Bike Shop. The Meriwether has a very nice bike shop with lots of rentals available, as well as a great little cafe serving breakfast, lunch, and cold beverages to thirsty trail riders.

The Rocheport railway tunnel is only a short distance to the West of the town, but unfortunately was closed during our visit because of recent flooding along the river. 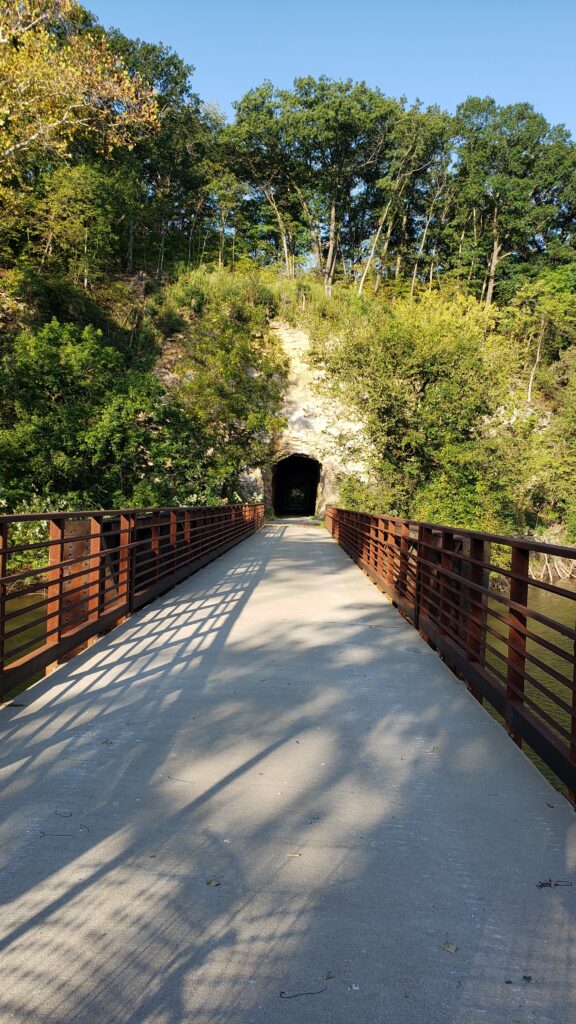 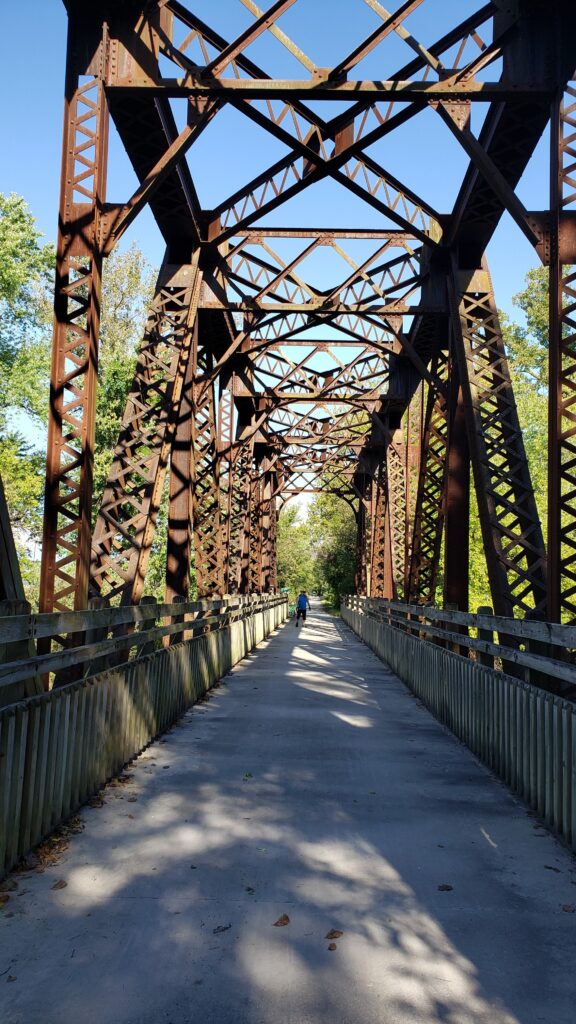 Bridge over the Missouri River

Just South of Rocheport you can see an Old Railroad Shelter and a cave in the cliffs, and a few miles later there’s a very steep turnoff to the right that’s a trail leading to Les Bourgeois Vineyard and the Blufftop Bistro. The Bistro turned out to be an outstanding stop after the ride for lunch and a few glasses of wine. But, we didn’t try the trail up the bluff, it’s also only a short drive away after your ride. 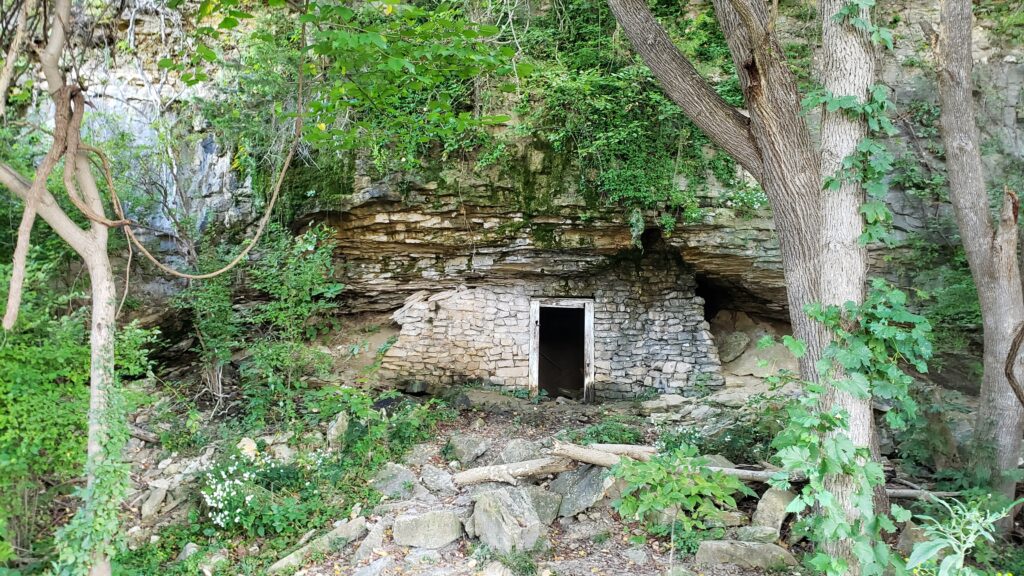 Overall this section of the Katy Trail was a fairly level and very enjoyable way to explore the Missouri outdoors. We’ll be back to explore more of the 240 miles and other scenic areas along the trail.