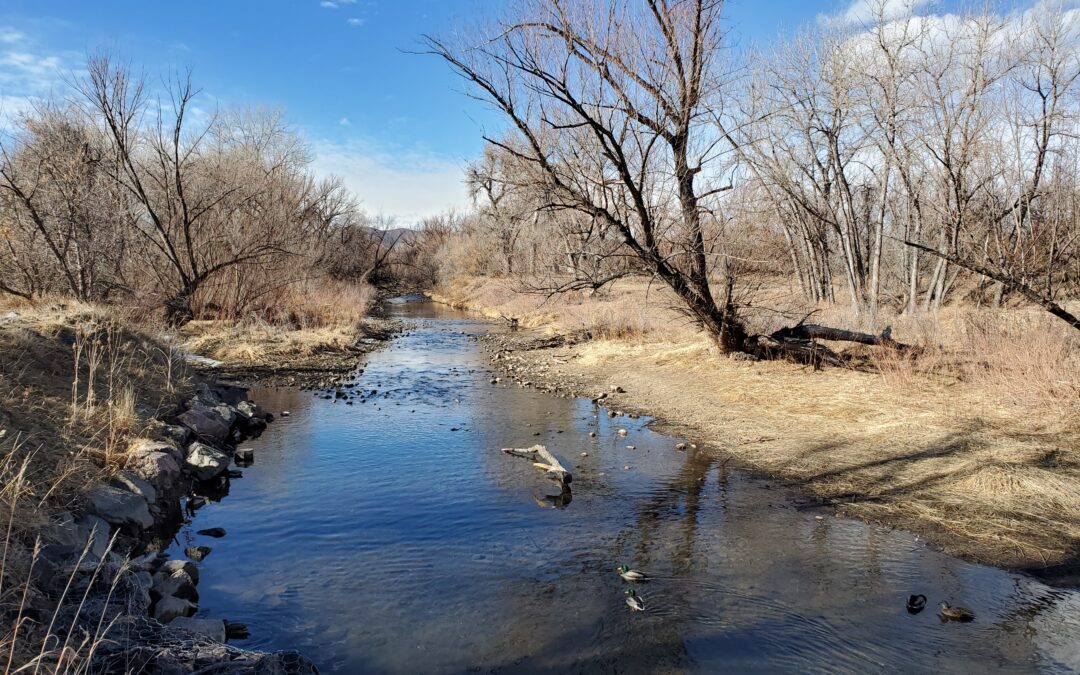 The Clear Creek Trail is an eighteen mile paved trail from Denver to Golden, Colorado’s first capital city. The trail runs from the South Platte River trail near where it crosses I-76 and winds along Clear Creek through a variety of areas including neighborhoods, industrial areas, parks, and greenways along the way until it ends in Golden. Among the sights along the trail are Lowell Ponds State Wildlife Area, Anderson Park, the Coors Brewery compound, Prospect Park, Golden Cliffs, and North Table Mountain Park. As the ride progresses the elevation rises towards Golden and the mountains and foothills come into view.

The early parts of the trail pass through some very nice urban parks which offer dirt trails along the creek for hikers and mountain bikers. The creek is very clean and clear here (no pun intended), and we saw several beavers and beaver dens along the trail. 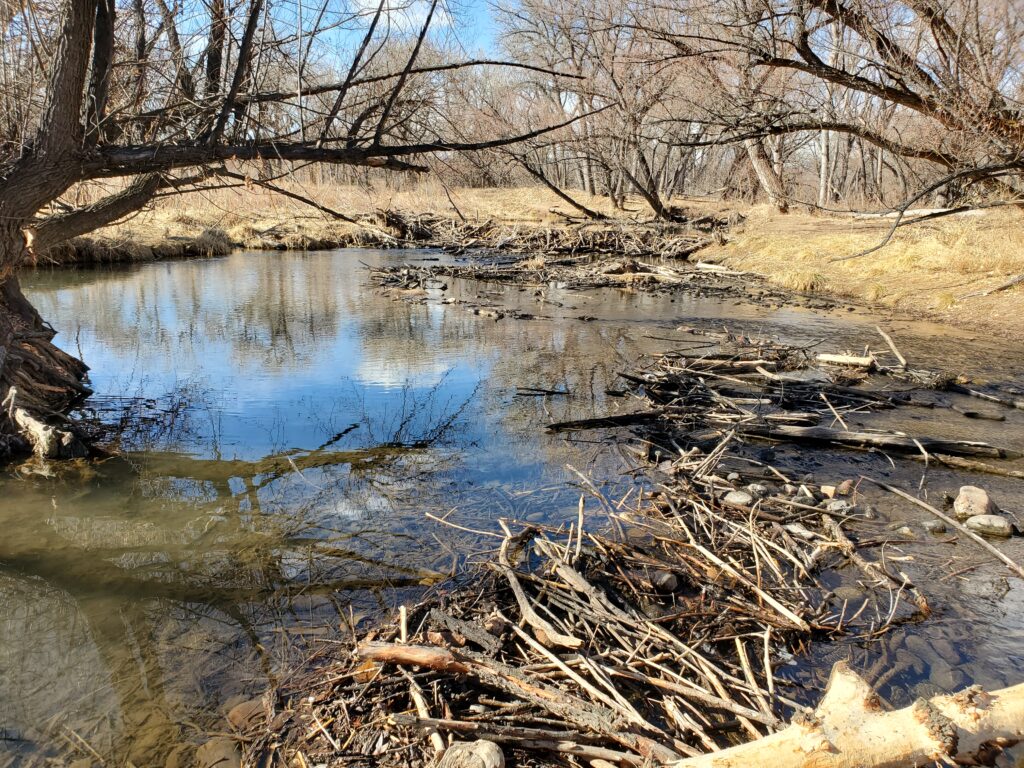 Arapahoe Bar Gold Panning Park was named for the Arapaho Indians, and is the site of an early pioneer placer mining camp considered the earliest town in Jefferson County, Colorado, organized in 1858 by George Andrew Jackson, John Hamilton Gregory and Thomas Golden. Thomas Golden went on to found Golden, originally known as Golden City, in 1859. It became Colorado’s first capital city in 1862. Arapahoe Bar is still a popular place to pan for gold, and most days will see large numbers of panners working in the creek. 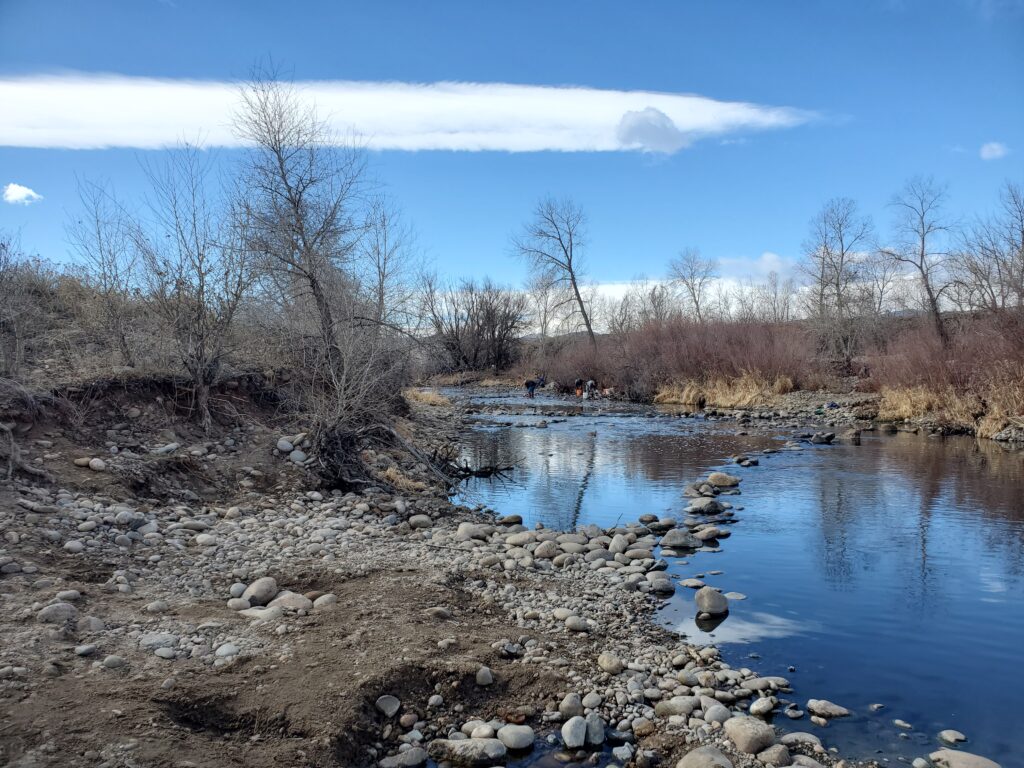 As the trail continues up the hills towards Golden, it passes the large Coors Brewery compound. Coors is the largest single-site brewery in the world and the only place Coors beer is made. It’s a short detour from the trail to visit the brewery which offers 30 minute tours, followed by tastings throughout the year. 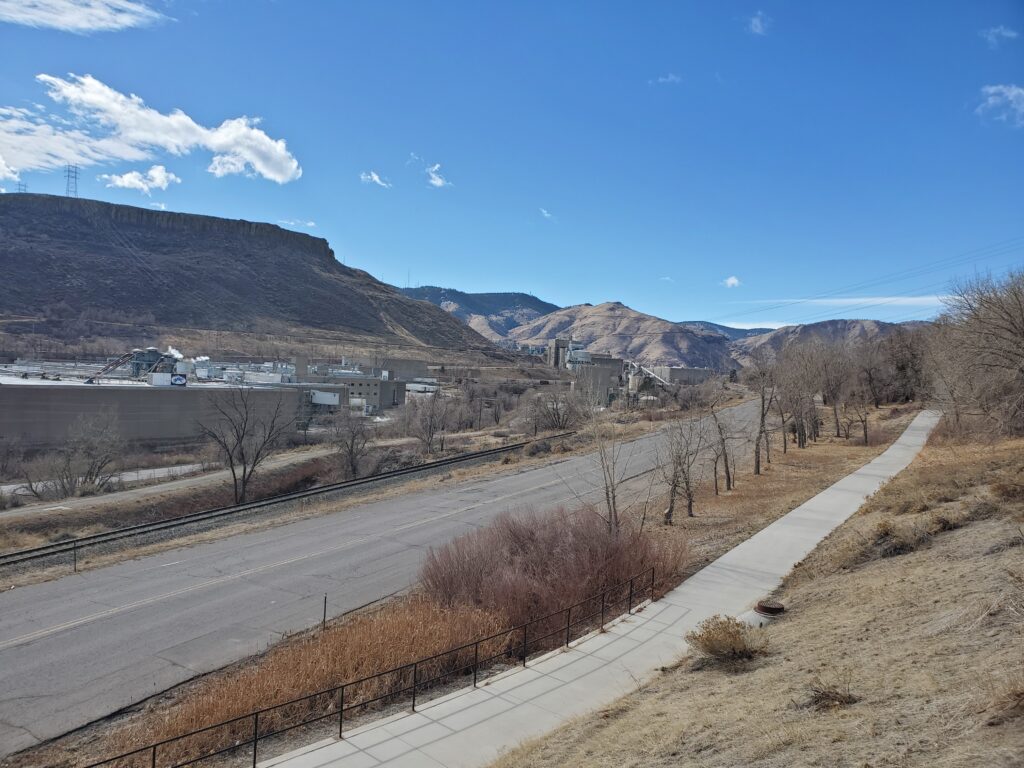 Behind the brewery you can see Mount Zion and the famous “M” for the Colorado School of Mines. The M is reportedly the world’s largest lighted letter, and has been in place on Mount Zion since 1908.

Shortly after the brewery the trail passes the Colorado Railroad Museum. The museum is the largest railroad museum in the state, and has more than 50 locomotives and train cars celebrating the vehicles and narrow-gauge railroads that helped build Colorado and Golden. The museum hosts family-friendly events and train rides throughout the year. The trail continues up the foothills through a series of underpasses and bridges to avoid the Golden Freeway. 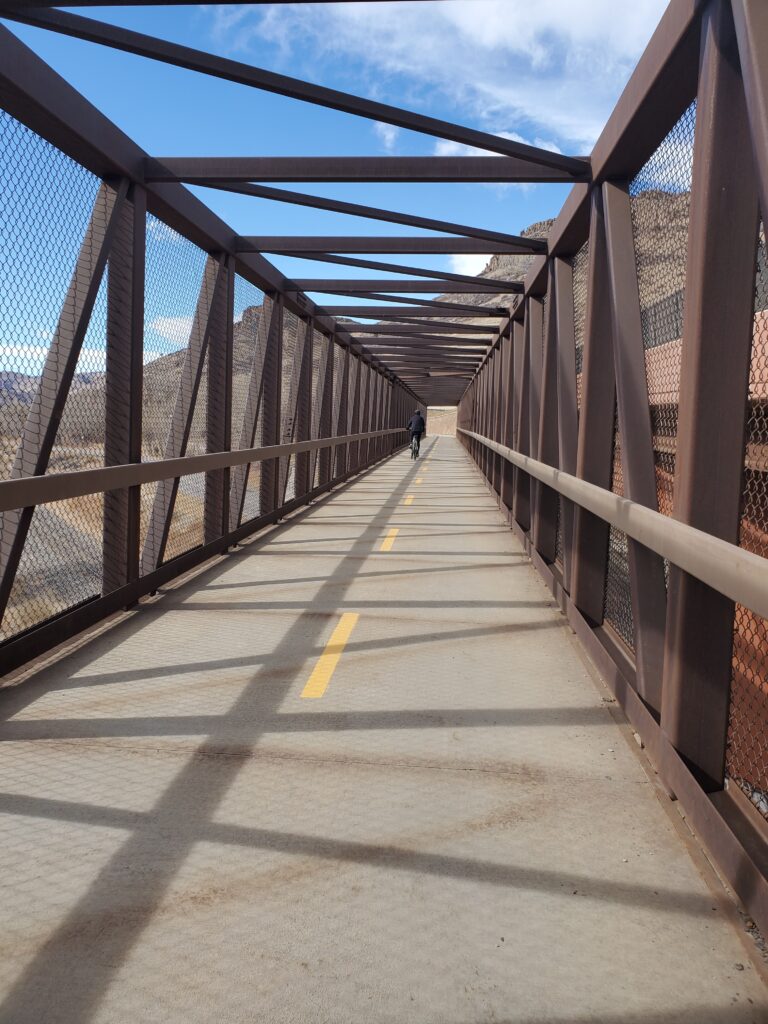 As the climb continues, it passes connectors for North Table Mountain, South Table Mountain, and Green Mountain. These offer outstanding opportunities for additional hiking, mountain biking, and amazing views of the Rockies and the Denver metro area. 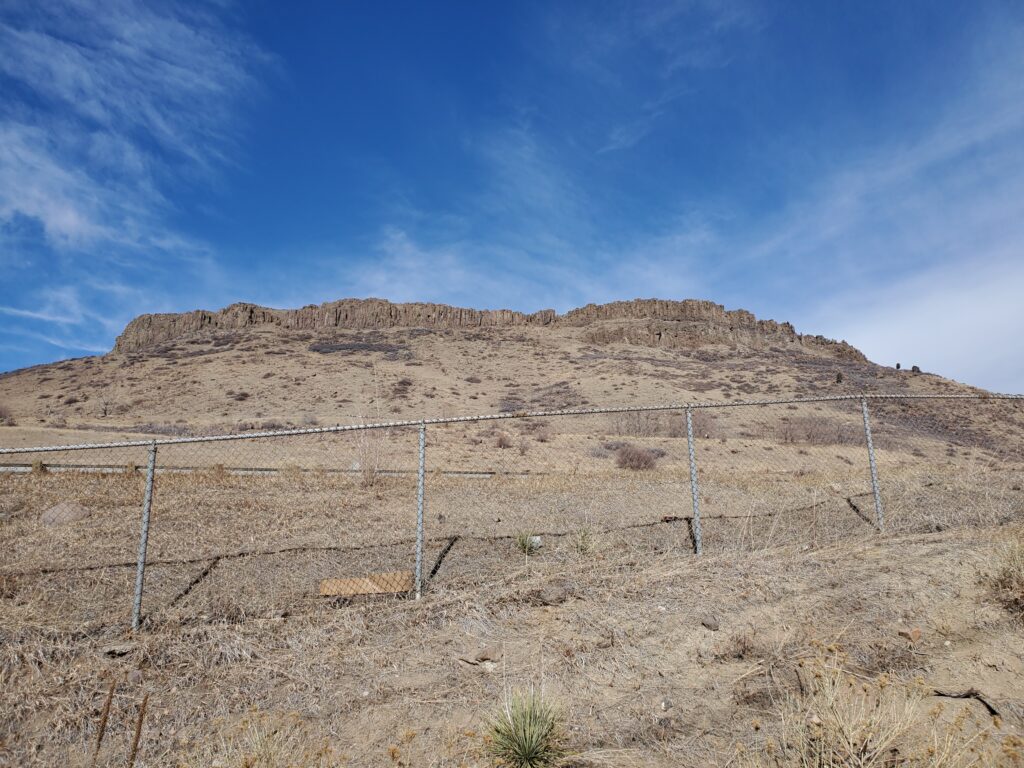 Entering Golden, you’ll pass the Bradford WashburnAmerican Mountaineering Center. The center houses the American Mountaineering Museum, the only U.S. museum dedicated to mountaineering. Golden is also well known for a number of outstanding restaurants and breweries that are easily accessible from the trail. Some of our favorites include the Cast Iron Tavern, Mountain Toad Brewing, and Golden City brewery to name a few.

West of Golden you can continue up one of Colorado’s most iconic road biking climbs, the Lariat Loop on Lookout Mountain. This steep climb winds up the face of Lookout Mountain, passes the giant, illuminated “M” on the mountain—placed by Colorado School of Mines students—and ends up at the Buffalo Bill Museum and Grave, the final resting place of the legendary Western showman.