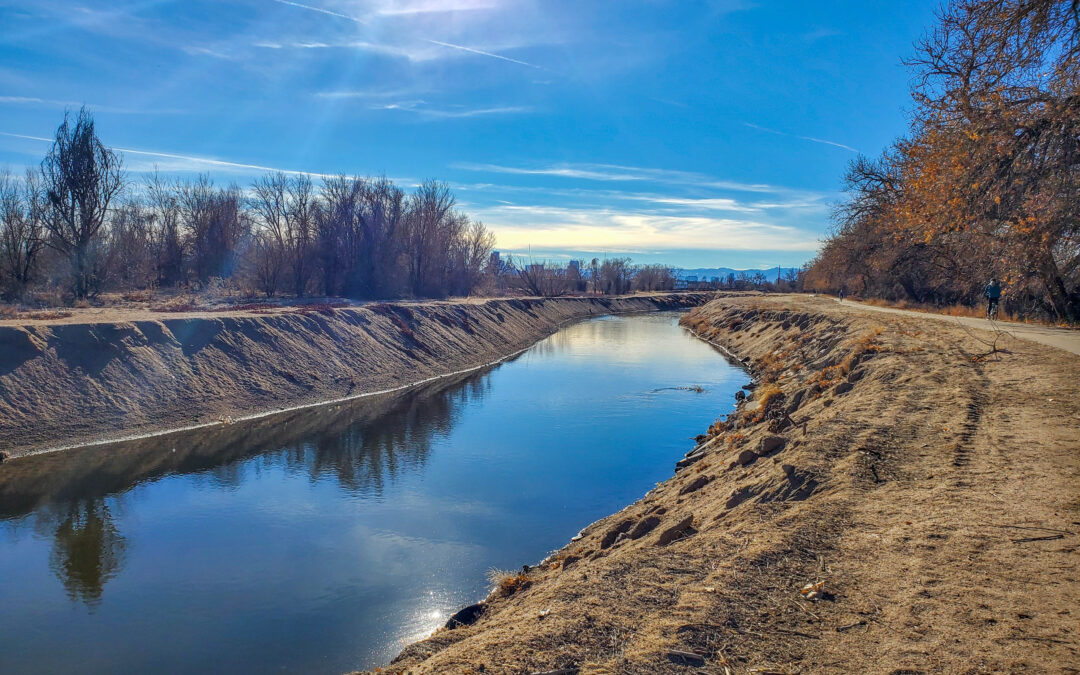 The South Platte River Trail is a 26+ mile trail that winds South through Denver from Brighton to Englewood. The trail follows the Platte River through Denver’s urban landscape, including several industrial portions, and visits the trendy River North Art (RiNo) and Lower Downtown (LoDo) districts before ending in the Mary Carter Greenway and Chatfield Reservoir. The Northern section of the trail through Commerce City is quite industrial and features a series of water treatment plants and oil refineries that dominate the landscape close to the trail. 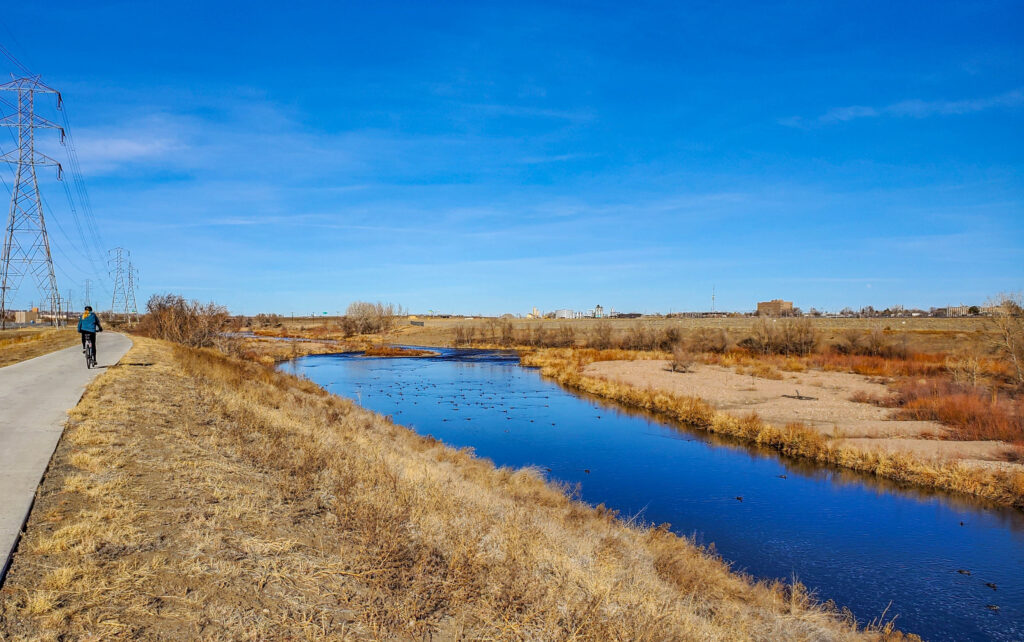 Just north of the River North (RiNo) District, the trail passes Riverside Cemetery on the Eastern side of the creek. Riverside Cemetery is Denver’s oldest operating cemetery and was established in 1876. There are several important Denver figures buried in Riverside Cemetery, including some of Colorado’s most famous pioneers, Augusta Tabor, Barney and Julia Ford, and Silas Soule. Riverside also houses the remains of three territorial governors – John Evans, Samuel Elbert, and John Routt – and numerous former mayors, entrepreneurs, and civic figures. 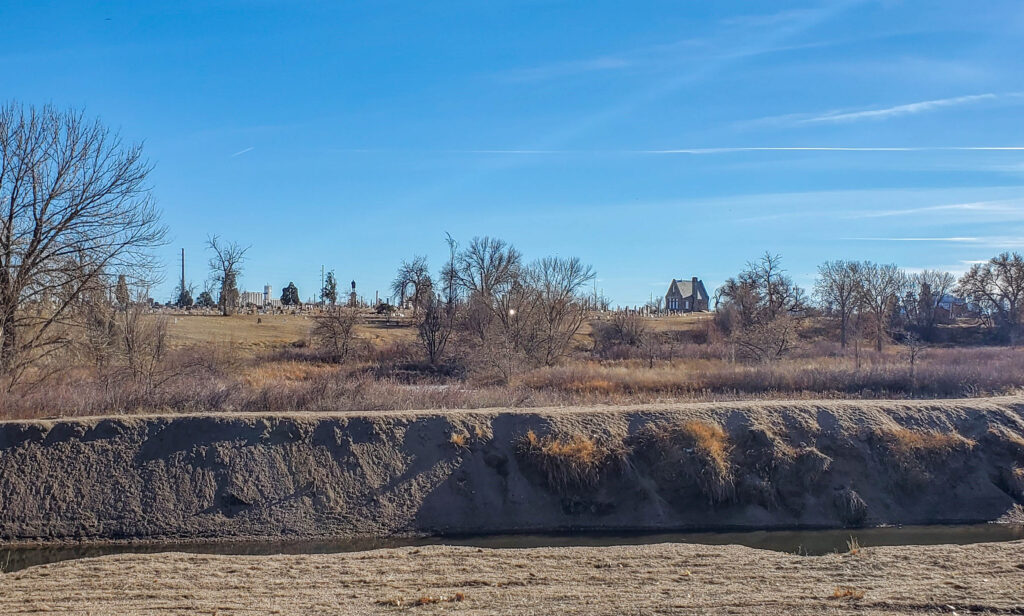 South of LoDo the trail passes close to Elitch Gardens, and provides a great view of the park and it’s famous wooden roller coaster. Elitch Gardens was originally established as a zoological park in 1890, and operated in its original location on a 16-acre farm West of Denver until 1995 when it moved to it’s current location. The current location features the Twister II, a 4640 foot long and 100 foot high wooden roller coaster that was designed after the original 1965 Mister Twister coaster in the original park. 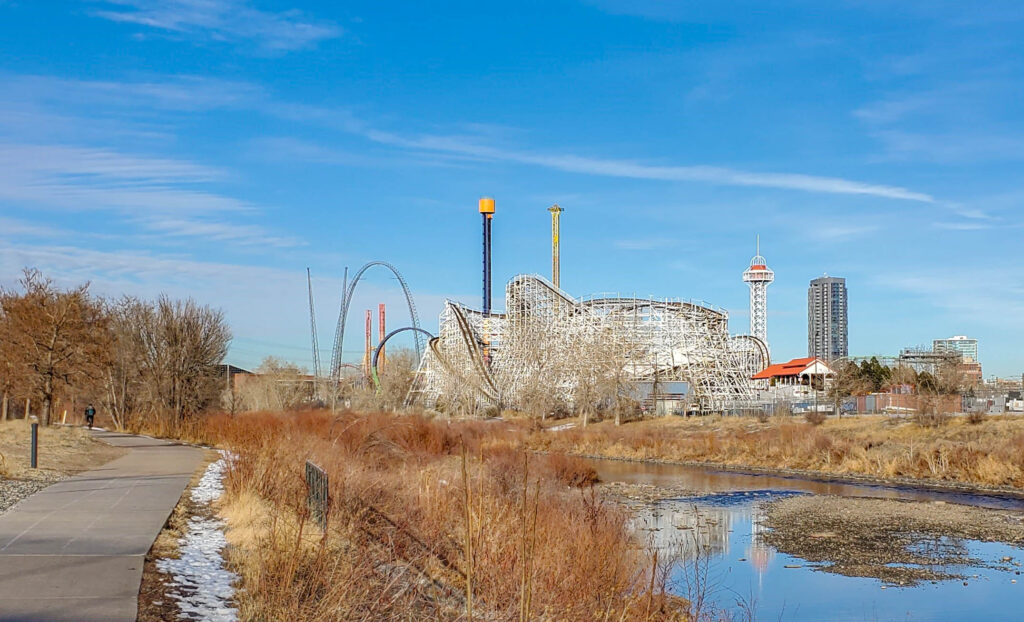 Just a mile further South the trail passes Empower Field at Mile High, home of the Denver Broncos since it opened in 2001. 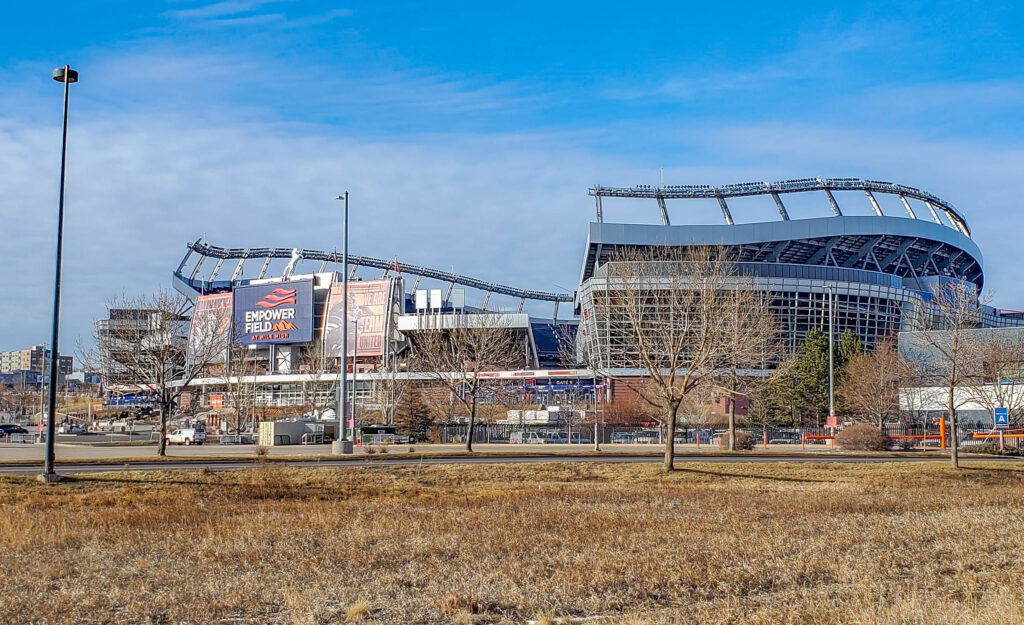 Similar to other Denver Greenway Trail, the South Platte River Trail features significant investment in parks, bridges, and other infrastructure to add to your biking or walking experience. The trail crosses the South Platte several times and has numerous nice bridges which make great photo ops. 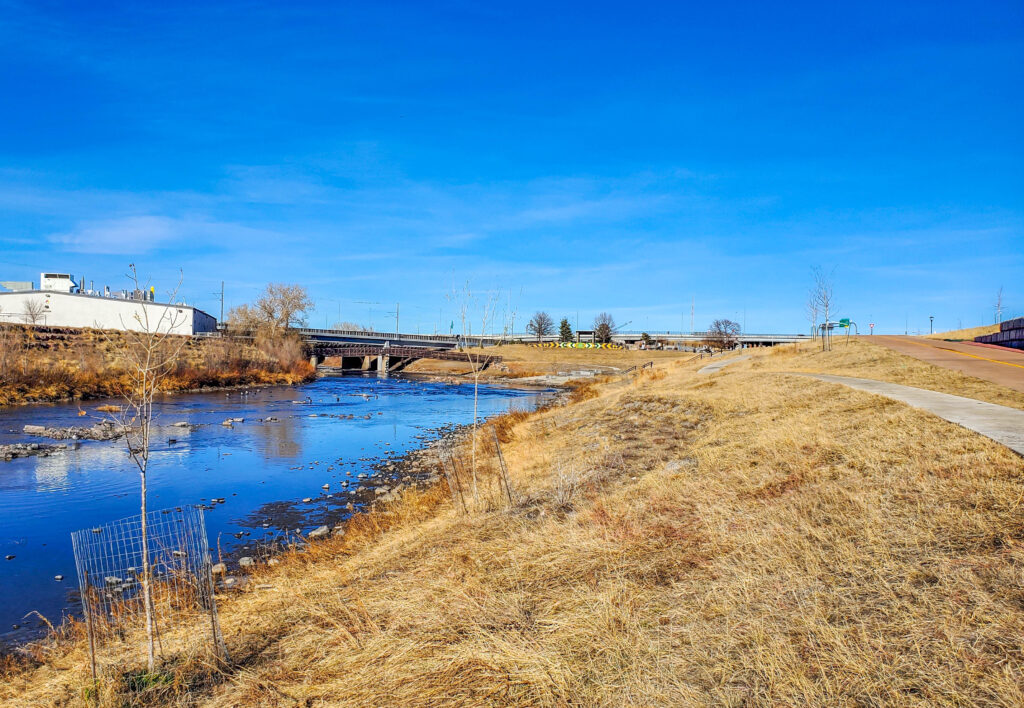 The South Platte River Trail also allows you to connect easily to two of the city’s outstanding mountain bike parks. Just before the trail crosses 8th Avenue it meets a short trail to the West that leads to Barnum Park North. Barnum Park North is the home of Trestle Bike Skills Park a 3-acre park mountain bike park built by a partnership between the City of Denver and Winter Park Resort. This park provides an urban mountain biking experience to the front range of Colorado, and is free to the public. The park was designed by Gravity Logic and constructed by professional rider John Cowan. It includes wooden features, slopestyle line, multiple jump lines and a pump track.

Five miles South of Barnum Park, the trail passes very close to the 88-acre Ruby Hill Park, located off of South Platte River Drive and West Florida Avenue. Ruby Hill Park was named for the red garnet-colored stones found in the nearbyPlatte River. The park has long provided all sorts of opportunities for year-round activities such as snow sledding, baseball, softball, swimming and playground fun. From the park’s high bluff, used years ago by Native Americans as a lookout point, visitors can view an overlook of Denver’s impressive skyline. Ruby Hill Park is currently home to two very interesting venues, depending on season. Ruby Hill Bike Park is a 7.5 acre mountain bike and BMX park featuring a slopestyle course, dirt jumps, pump tracks, and a skills course. The slopestyle course and dirt jumps provide lines of varying difficulty from beginner to advanced, with a special expert slopestyle line to challenge and entertain professional riders. In the winter, Ruby Hill Rail Yard offers the only urban snowsports terrain park in the United States. Ruby Hill Rail Yard opens in January and remains open through the end of February if temperatures and snowfall permit. The free attraction has 13 boxes, rails and other features, and is made possible through a partnership between Winter Park Resort and Denver Parks and Recreation.

The South Platte River Trail is one of the most scenic and interesting of the city’s many Greenway Trails, and is well worth a visit. It provides a view of downtown Denver and many of it’s most impressive attractions from a well maintained concrete trail and a unique perspective. You can also continue on to the Mary Carter Greenway Trail and other trails around Chatfield Reservoir.