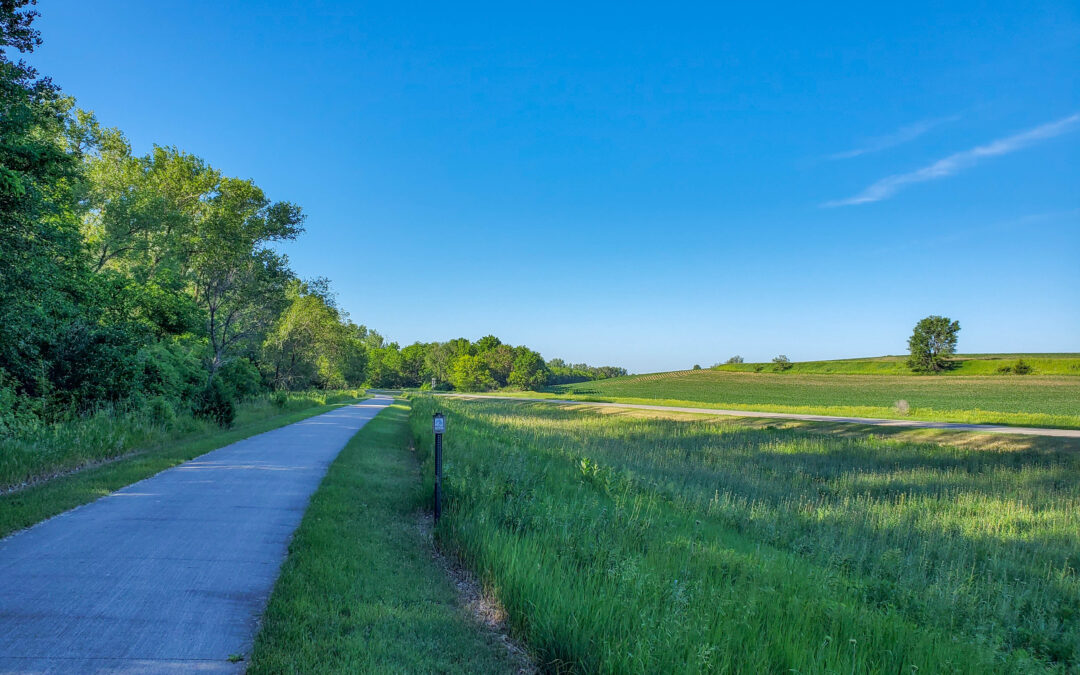 The Sauk is a 33 mile concrete and asphalt rails to trails trail that runs South from Lake View to Carroll in West Central Iowa. Lake View is located at the West end of Black Hawk Lake, a 957 acre natural lake that is the southernmost glacial lake in the United States. The lake is very popular with families and fishermen, and is very active in the summer months.

The Sauk Rail Trail is named after the Sauk Native American tribe who originally lived in the Green Bay region of Wisconsin, but moved into this area of Iowa around 1730 following a series of wars with French settlers in the early 18th century. The Sauk tribe was led in a later (early 1800s) series of battles with the American settlers of the region by a war chief named Black Hawk, who the lake and park are named after. Black Hawk and his band were eventually defeated by General Edmund P. Gaines in what became to be known as the Black Hawk War.

The North trailhead begins in a nice neighborhood in Lake View. The trail is clearly marked, and is a 8-10 foot wide concrete trail for the Northern portion as far South as Maple River, approximately 20 miles from the trail’s start. The Northern sections of trail are also mostly shaded, and pass through lush green forested areas before opening up into local farmer’s fields. 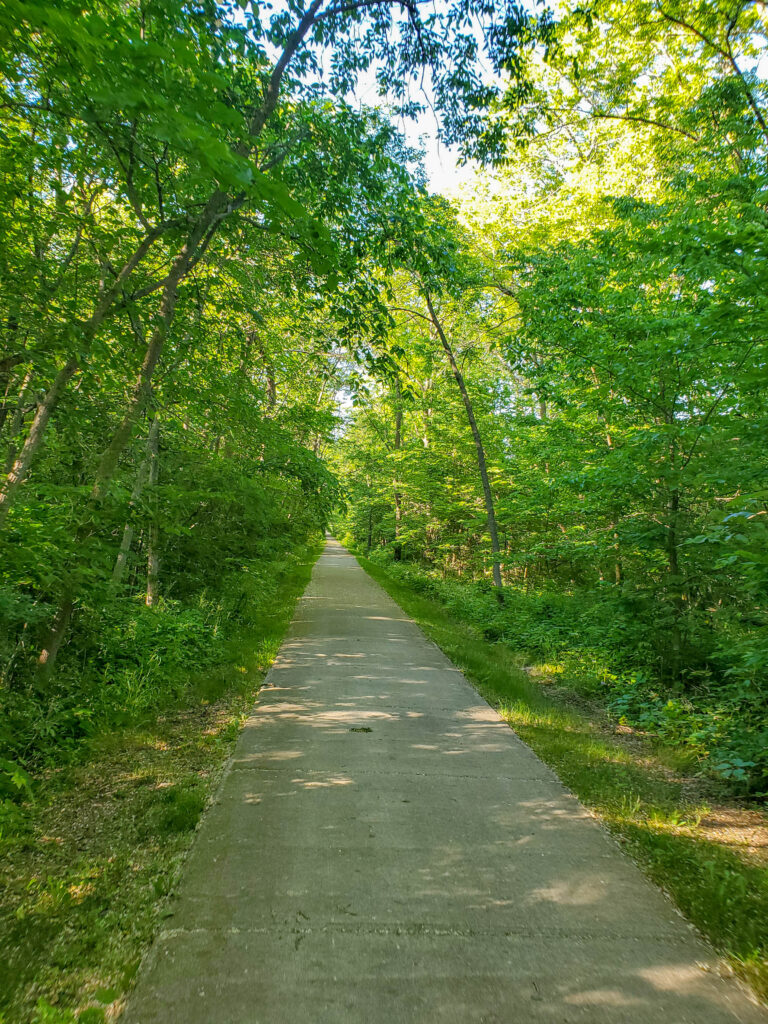 The fields and trees along the trail are literally full of birds and other wildlife, and there are numerous small bird houses along the way to house the amazing variety of small birds we saw along the trail. We’re not really birders, but were pleasantly surprised by all the different birds we saw. Among others we saw Robins, Red Winged Blackbirds, Gold Finches, and Blue Buntings. We also saw a Water Moccasin crossing the trail, but didn’t stop to hang out with it. 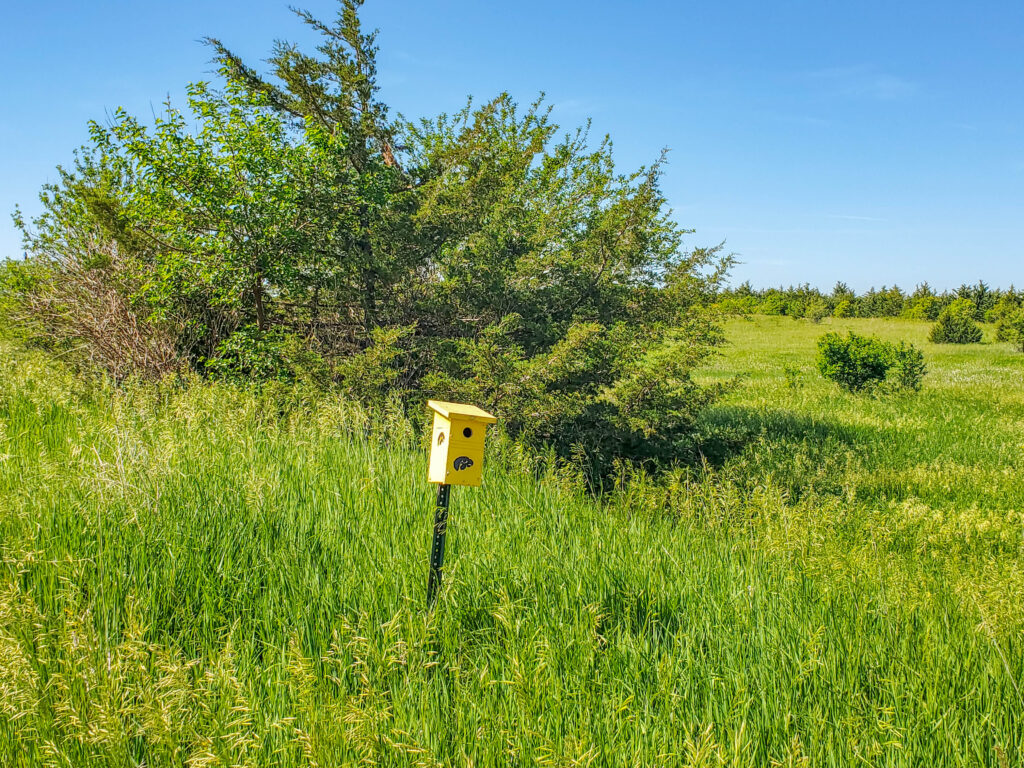 The trail passes through three small towns along the way, all of which feature places to stop and sights to see. The first town from the North is Carnorvon, an unincorporated village of approximately 1100 people that has basic amenities, including a post office and restaurants. We ate at the Trailside Roadhouse which is very close to the trail in Carnorvon, and found it to be a decent family-style restaurant with good basic food and a small bar.

After Carnorvon the trail continues through a rural farming area with sweeping views of farms, crops, and dozens of large windmills. 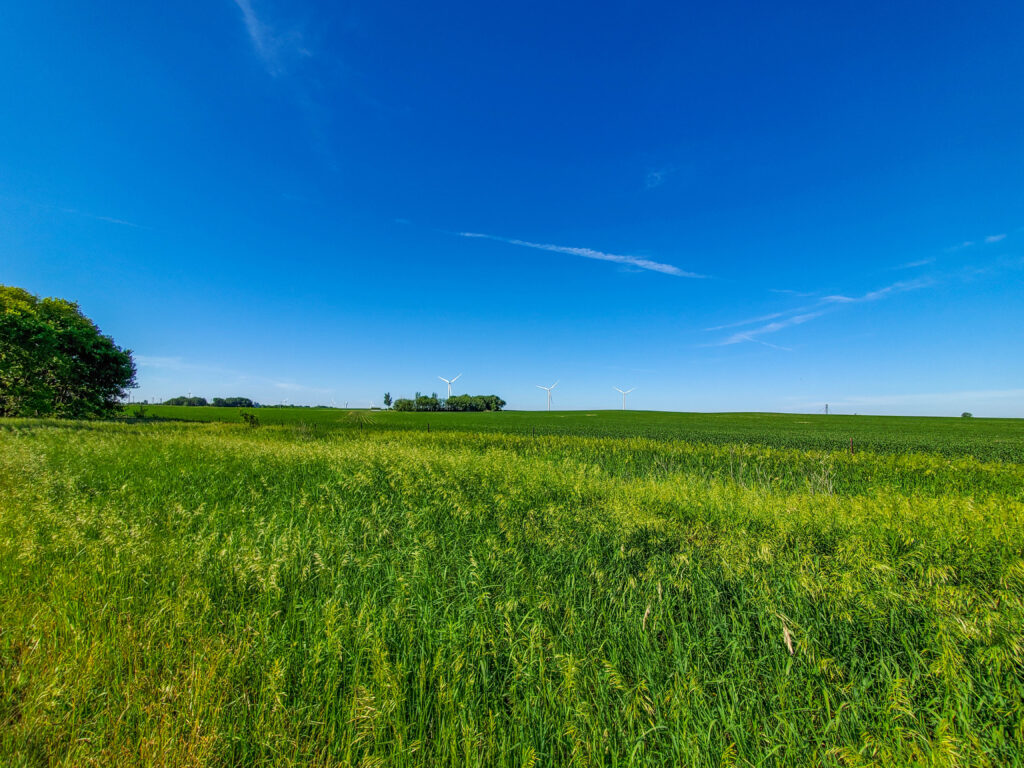 The next town is Breda, a slightly smaller town of just under 500 people. Breda also has a few places to eat, a post office, and a gas station which features food and drinks. The social center of Breda seemed to be a restaurant/bar called Red’s Place located in the middle of Main Street.

The last town before arriving at Carroll is Maple River, another small town of a few hundred people. But, Maple River did seem to have a higher than average proportion of bars to people with two interesting looking bars called Whiskey Run and the Angry Beaver. We planned to go back to investigate more in Maple River, but didn’t find time to stop. The trail South of Maple River turns to asphalt, but is a similar wide and well maintained trail.

The trail ends in Carrol, IA, the county seat with a population over 10,000. The trail ends at another state park, Swan Lake State Park, which also features a campground in addition to the 100+ acre lake.