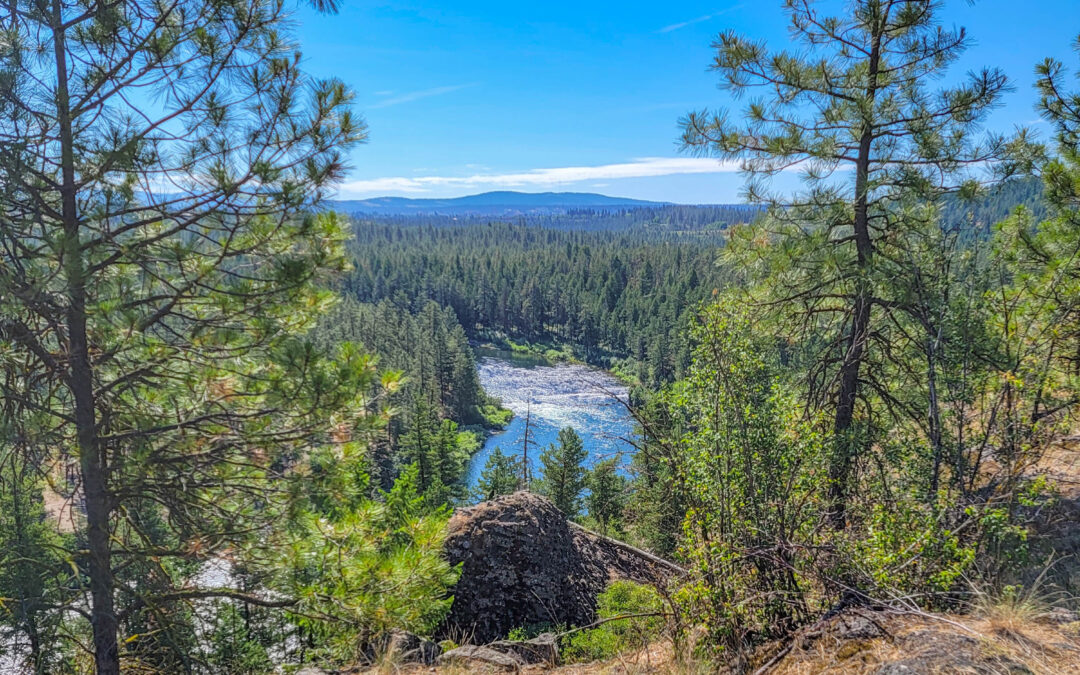 The Spokane River Centennial State Park Trail is a 40-mile, 526-acre paved trail through eastern Washington from Spokane’s Nine Mile Recreation Area on Lake Spokane to the Idaho border. Its a wide and rideable trail, but has some climbing mostly on the Western side of the trail.

Starting at the Western end, the trail follows the Spokane River but from large bluffs overlooking the trail. 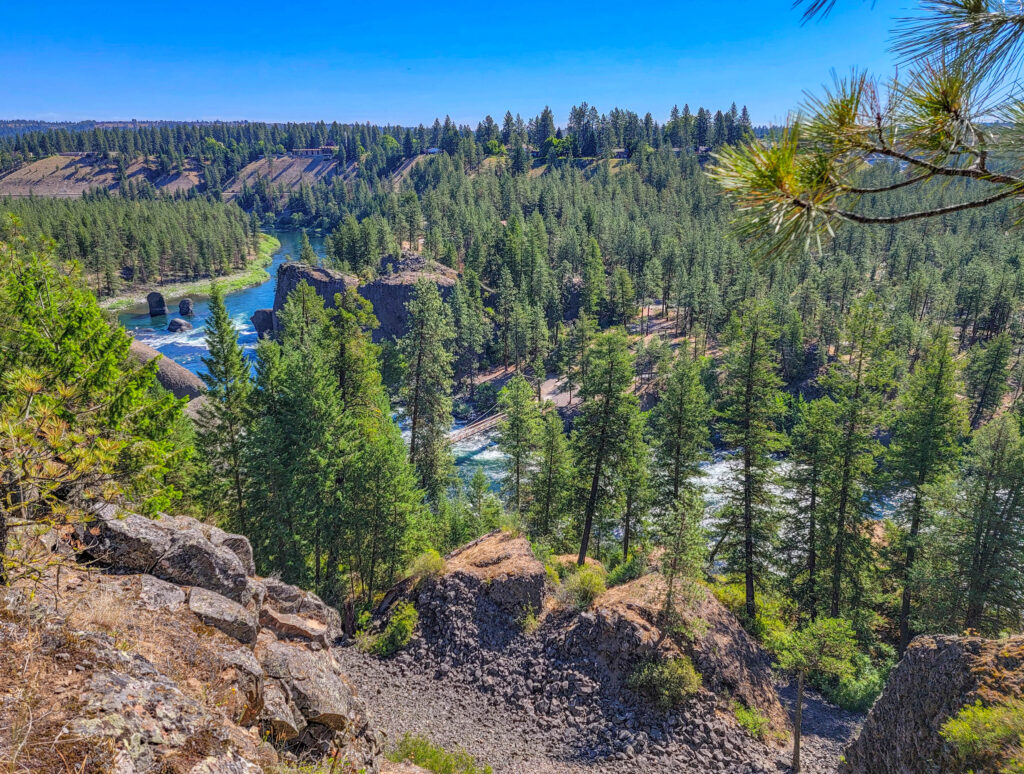 The trail passes very close to Riverside State Park which has more than 70 miles of nice, wooded single-track through the park. You’ll also pass an overlook of the Riverside Park swinging bridge that crosses the river in an area called Bowl and Pitcher for the large basalt rock formations in the river. The bridge dates back to the Civilian Conservation Corps, as do many other features of the Centennial Trail. 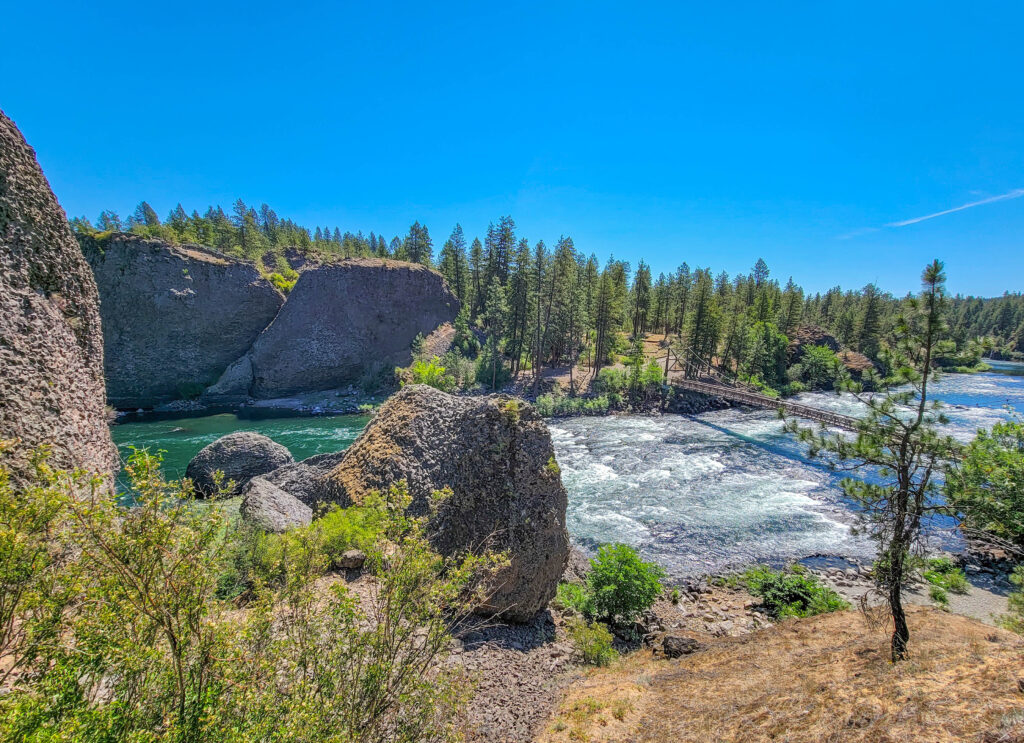 Also near Riverside Park the trail crosses a large bridge called Sandifur Bridge that has become known for dozens of “love locks” that have been hung on the bridge railings. 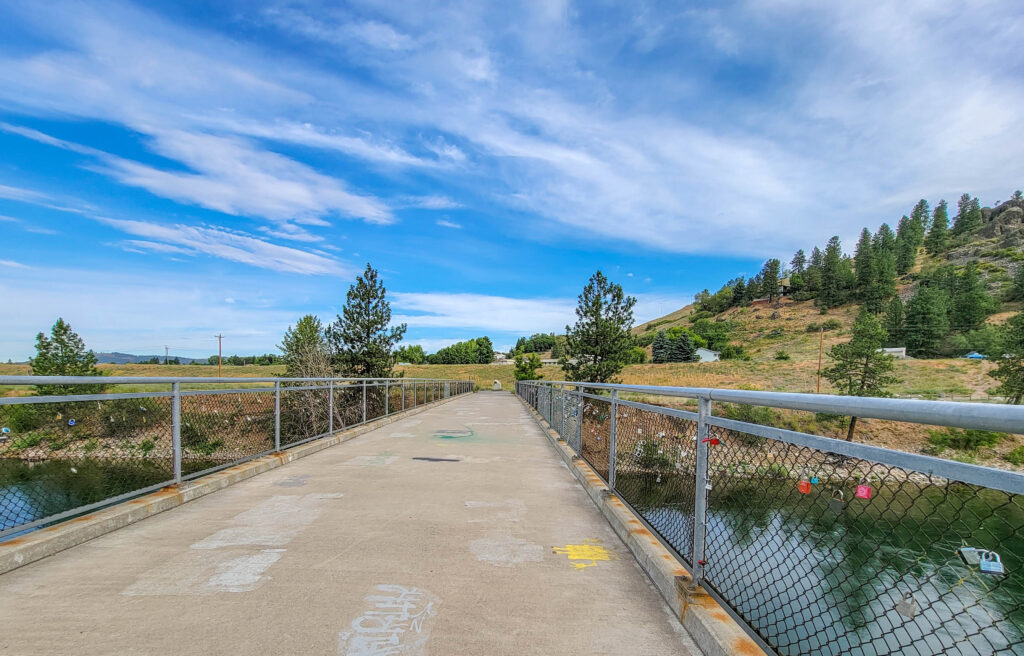 The trail continues South and then turns East towards downtown Spokane and Riverfront Park. Riverfront Park is worth a stop as it has much to see and do. The attractions include a tram, a carousel, a skate park, and playgrounds, in addition to a large Pavilion that was a gift from the U.S. Government for Expo ’74. The Pavilion has been under construction recently, but frequently is host to concerts and other events. 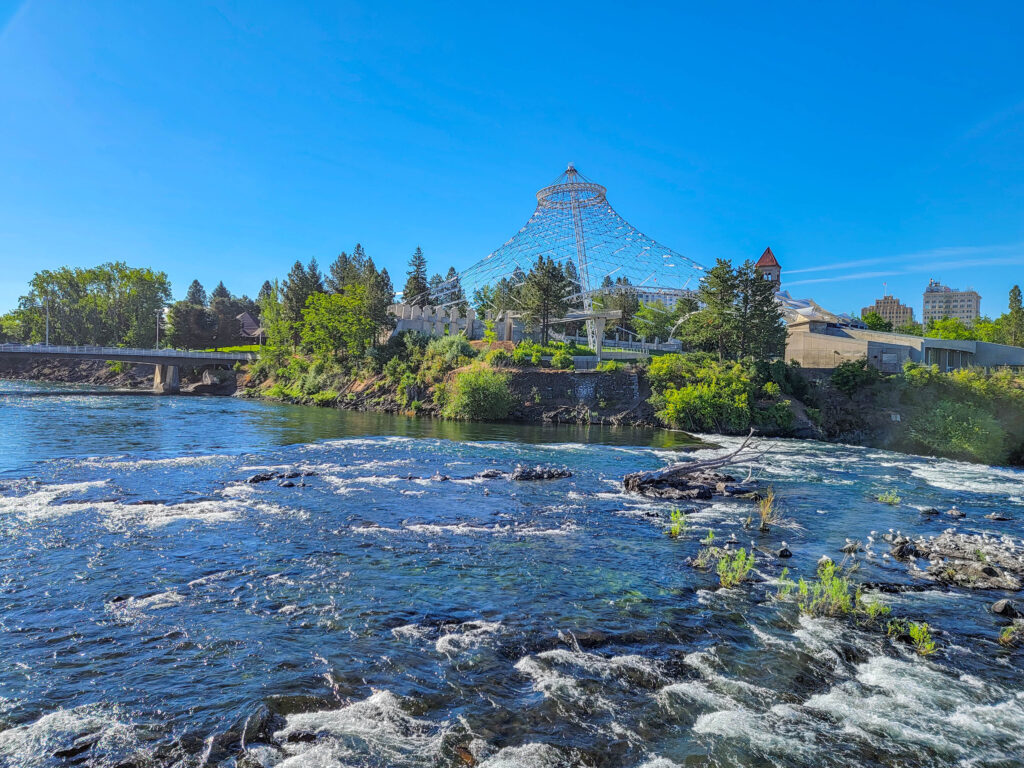 Continuing East the trail leaves downtown and heads through Spokane Valley across the Idaho state line, ending near Lake Coeur d’Alene along Interstate 90. The trail levels out and passes closer to the river in the Eastern section, and the forest changes from mostly pine to oaks and other deciduous trees and eventually to farmland. The scenery is still beautiful along the river, and the Eastern side of the trail was less busy than the section through downtown. 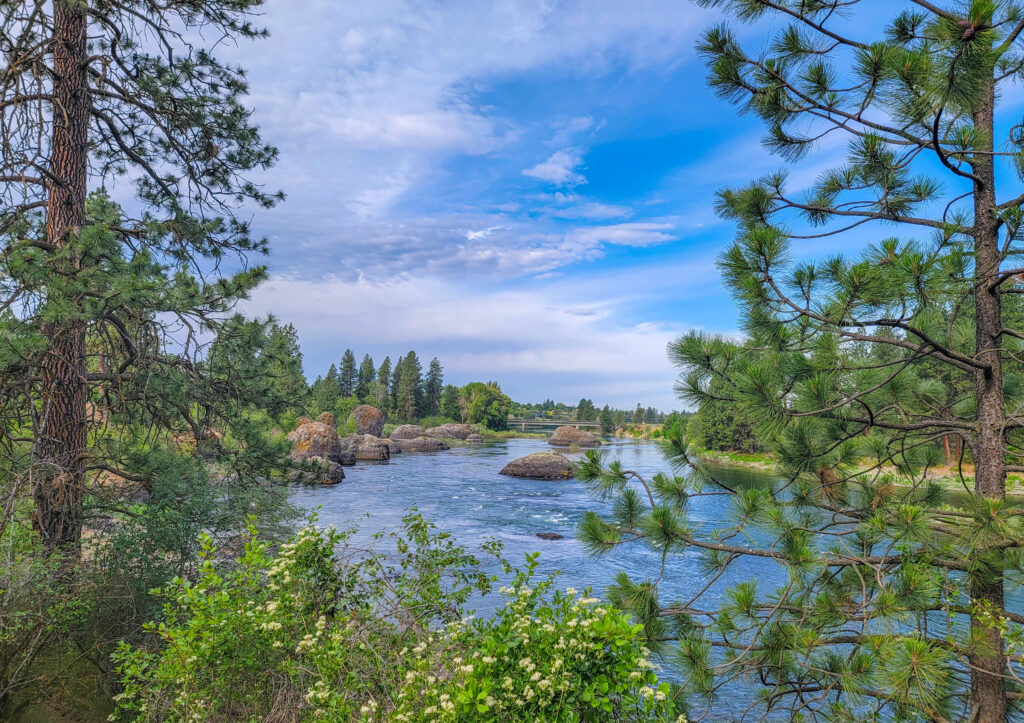