Tour of Athens by Ebike

After several days of sightseeing in and around Athens, we found the absolute most fun and engaging way to see the city was by Ebike (electrically assisted) tour. We booked a three hour Morning EBike tour through Athens by Bike, 16 Athanasiou Diakou str., Athens 117 42, Greece. Our tour started at 10:00 am sharp, but they asked us to be there at least 15 minutes prior to match bikes with riders and accommodate our large group. We also met our guide Dimitris, who was very welcoming and helpful getting us set up on the bikes.

The Athens by Bike shop was very centrally located, close to the Acropolis Metro station, and only a short walk from the Plaka where we were staying. The route we traveled was slightly hilly, as you might expect in Athens. But, the EBikes make short work of the climbs with their electrical assist. We were also surprised how little traffic we encountered on the ride. Athens is very busy during tourist season. But Dimitris kept us to less traveled roads and paths around the city which largely avoided major traffic, but covered a significant amount of ground and points of interest.

Our first major stop was at The National Observatory of Athens. The Observatory is the oldest research foundation in Greece, and was originally built in 1842. Its long been a “secret” viewing area for it’s great view of the Acropolis, but is becoming increasingly well known for a variety of different tours and star gazing events. It was a short uphill ride to the Observatory, but well rewarded by the view from the top. 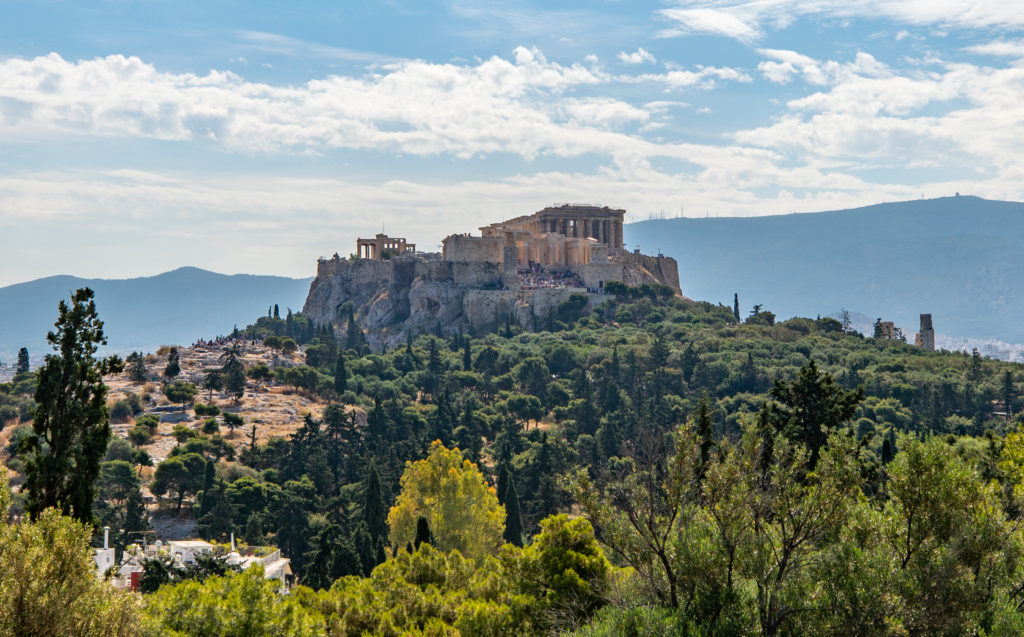 Observatory View of the Acropolis

The next stop on our tour was a ride through the site of the Ancient Agora of Athens. The Agora was the heart of ancient Athens, the focus of political, commercial, administrative and social activity, the religious and cultural centre, and the seat of justice. It was occupied without interruption throughout the cities history, beginning from use as a residential and burial area as early as the Late Neolithic period (3000 B.C.), and became a public meeting area early in the 6th century B.C. 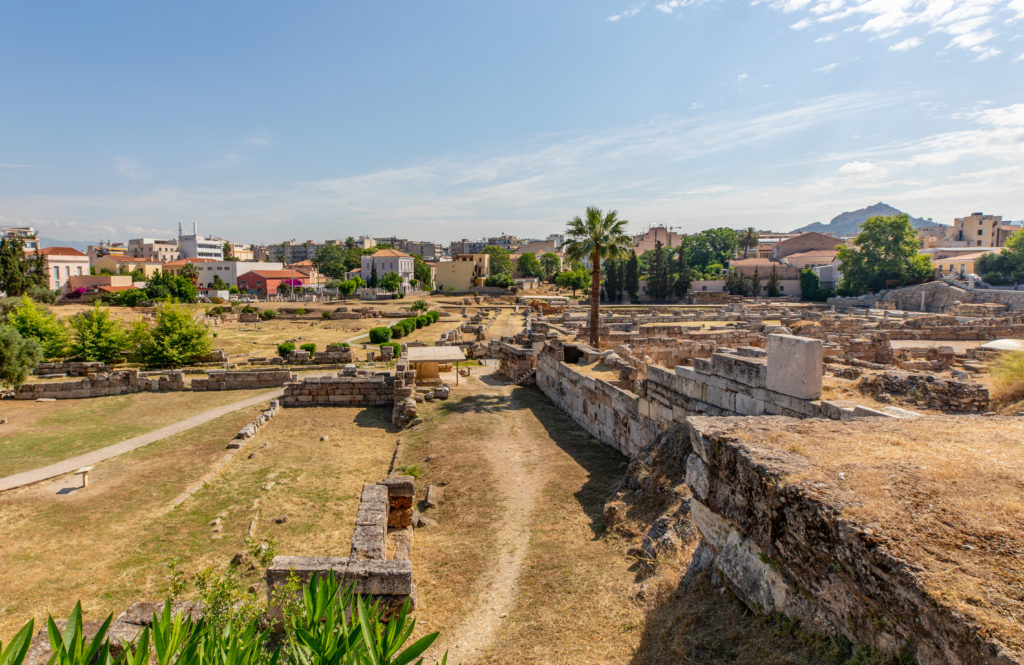 After the Ancient Agora, we rode by the Roman Agora, and through the Plaka. The Plaka is the oldest section of Athens, and has been closed to automobile traffic. The Plaka is actually a neighborhood, but also is an area of restaurants, jewelry stores, tourist shops, and cafes. This combination makes the Plaka a great place to walk around, with inviting cobblestone streets and welcoming cafes and restaurants. 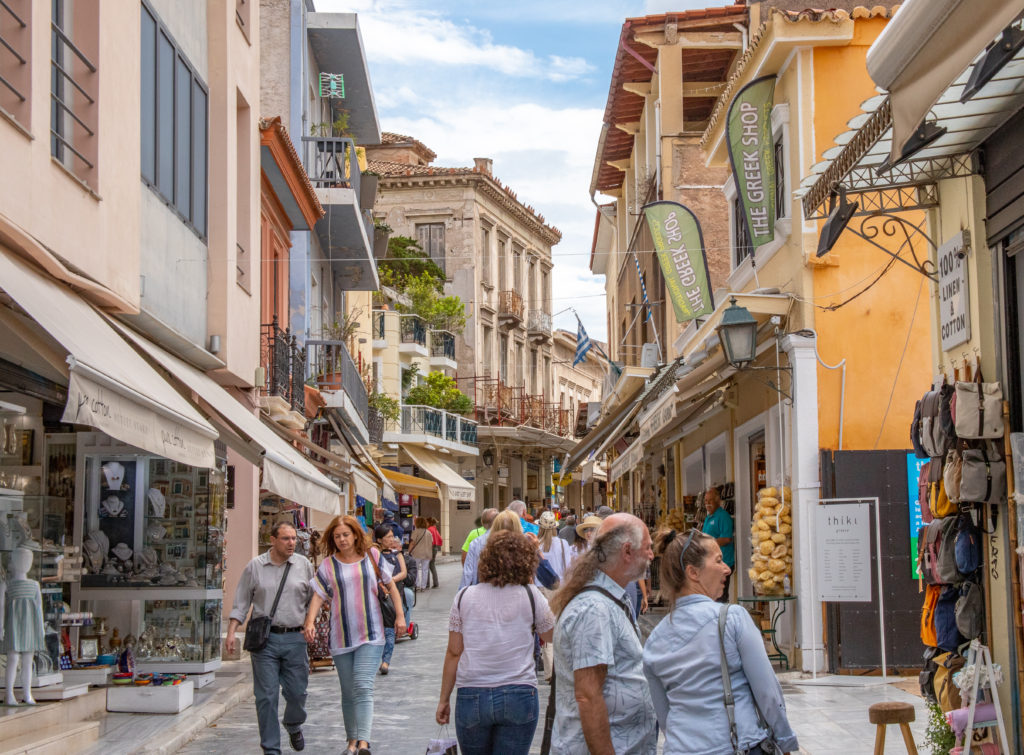 Lastly we spent a good bit of time riding around the National Garden, and some of the nearby transactions. The National Gardens are a huge public park of almost 38 acres that holds a small zoo and an amazing variety of flowers, bushes and trees. It was originally commissioned as a private garden by Queen Amalie in 1848. Following World War I, the park was rededicated as the National Gardens in 1920. After touring the park we stopped in one of the open areas for a great lecture Dimitris gave on Greek history and culture. 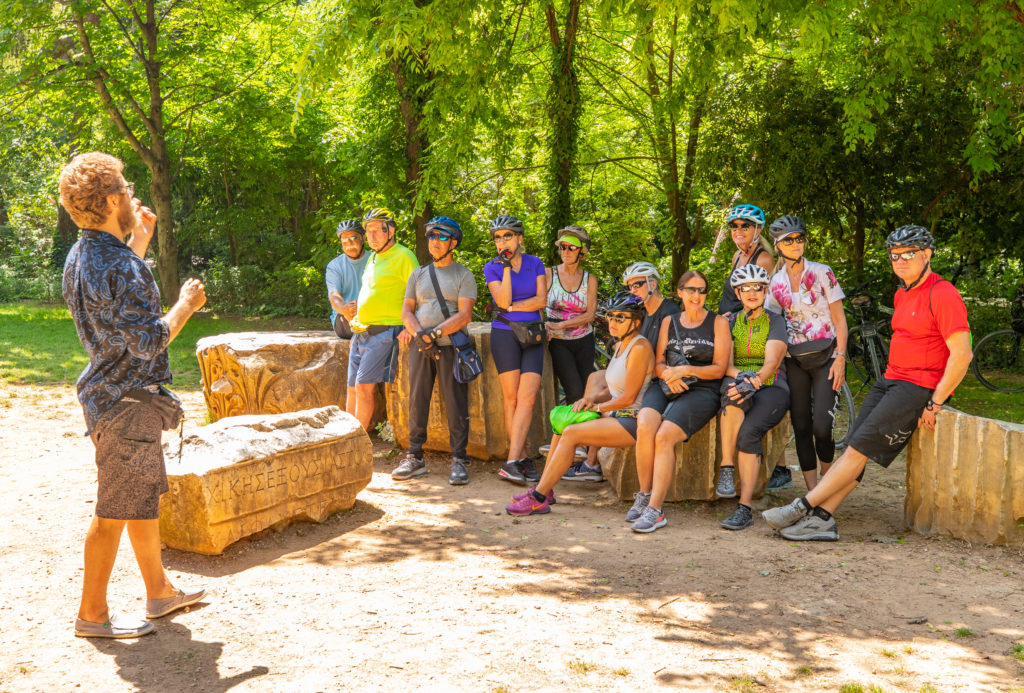 Nearby the National Gardens we also saw the Greek Parliament Building, which is the site of the hourly changing of the guards at the tomb of the Unknown Soldier. Similarly to the US ceremony at Arlington National Cemetery, the Greek changing of the guard happens every hour, 24/7 regardless of weather, to honor the memory of Greece’s fallen soldiers. 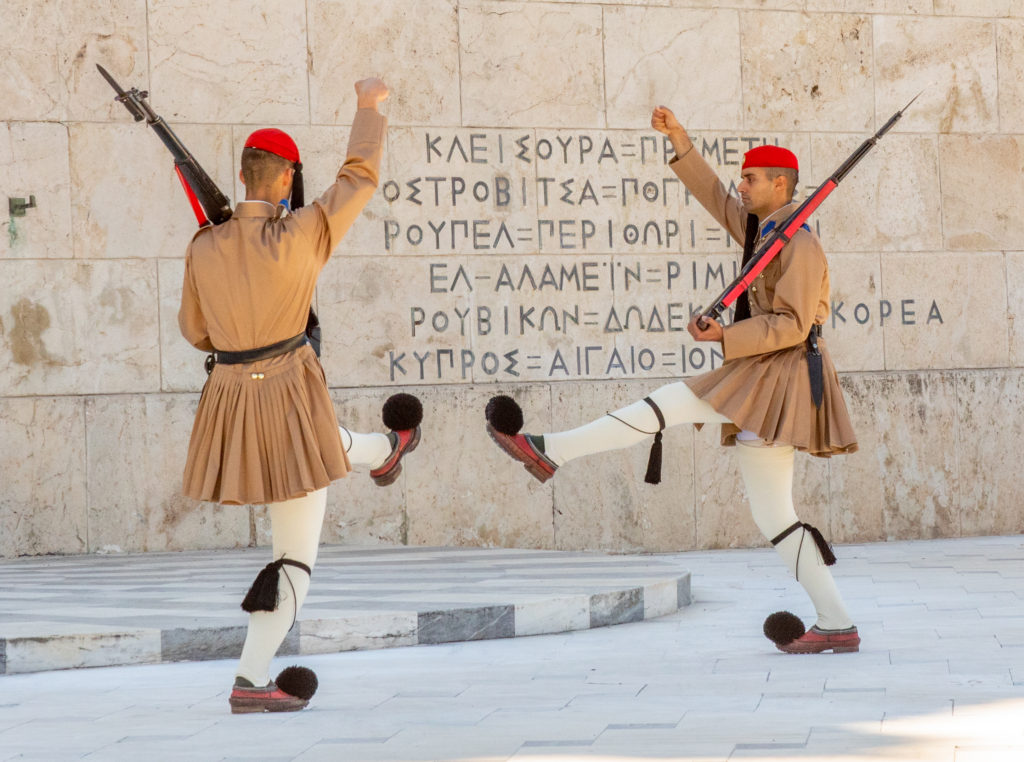 Changing of the Guard

Morning EBike tour through Athens by Bike is a great way to see Athens, and is very accessible to most visitors because of the electrical assistance provided by the EBikes. Our guide Dimitris was very knowledgeable about Athens, Greek culture and history, and did an outstanding job of showing us around and making us feel welcome. This was a great tour, and one of the highlights of our nearly two weeks in Greece.