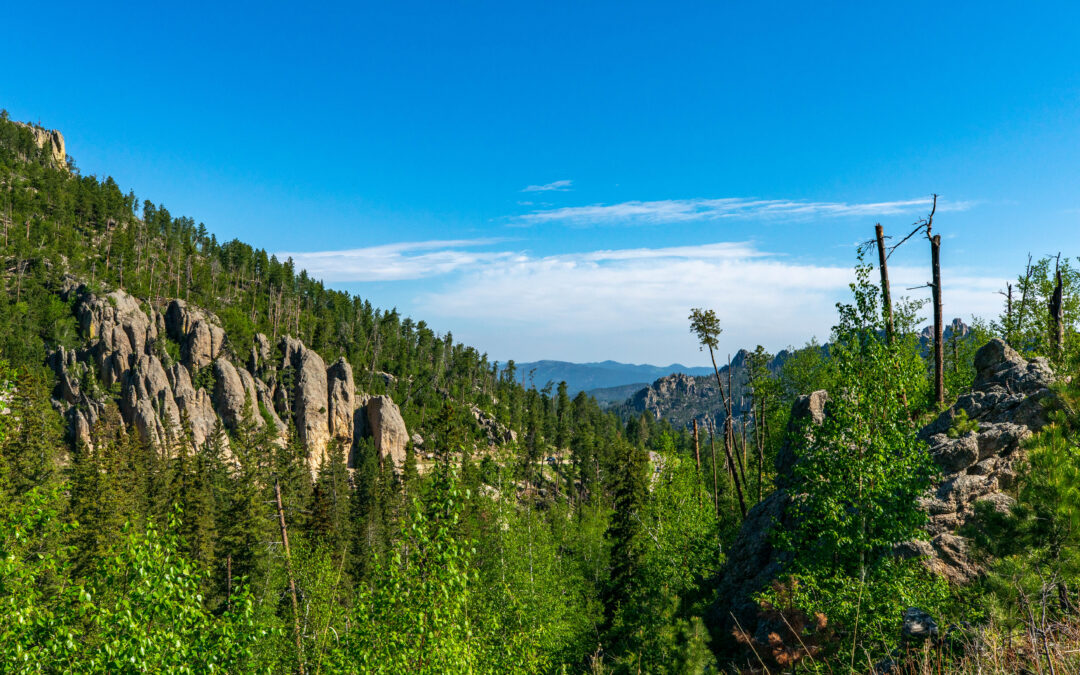 Needles Highway is one of the three scenic drives we visited in Custer State Park, SD and Black Hills National Park outside Rapid City, South Dakota. All three are part of the Peter Norbeck Scenic Byway, named for the visionary senator and governer of South Dakota that conceived of and personally designed the scenic drives. The other two drives we visited are Wildlife Scenic Drive and Iron Mountain Road, which are covered in other posts. All three combined make a nice almost 50 mile figure eight drive through some of the most scenic country we’ve visited.

The Needles Highway is a spectacular 14 mile drive through ponderosa pine and Black Hills spruce forests, meadows full of birch and aspen trees, and rugged granite mountains that reach like needles into the sky along the drive. 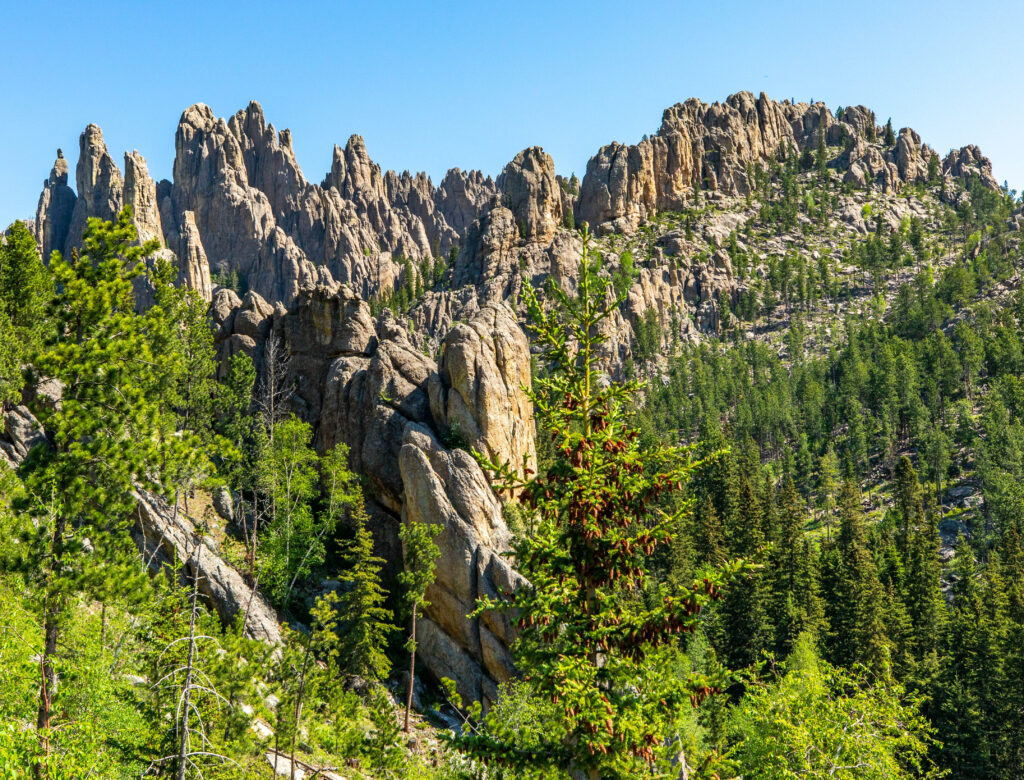 Shortly after the start of the drive you’ll see an unmarked trailhead on the left that is Little Devils Tower trail. This is a 3.6 mile out and back trail that features a small climb and amazing views of the nearby rock formations including Little Devils Tower. Even if you don’t have time for the entire trail, it’s well worth hiking the first quarter mile or so just to get off the highway and see the views. 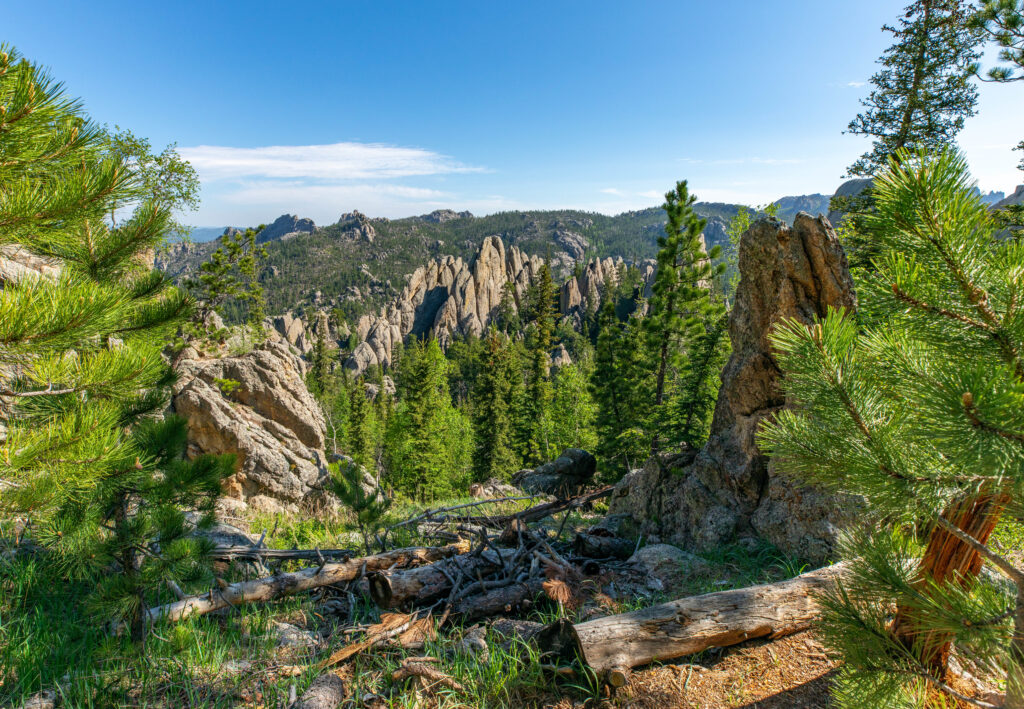 The highway was carefully planned by Governor Peter Norbeck, who marked the entire route on foot and by horseback. Construction was completed in 1922, and includes two major tunnels the Needles Eye Tunnel and the Iron Creek Tunnel. The Needles Eye Tunnel is called that, because it passes near the Needles Eye, a rock formation that resembles it’s namesake near the highest point of Needles Highway. The Needles Eye tunnel is also interesting because of it’s small dimensions (8′ 9″ wide by 9’8″ high) and location in the middle of an impressive section of Needles. 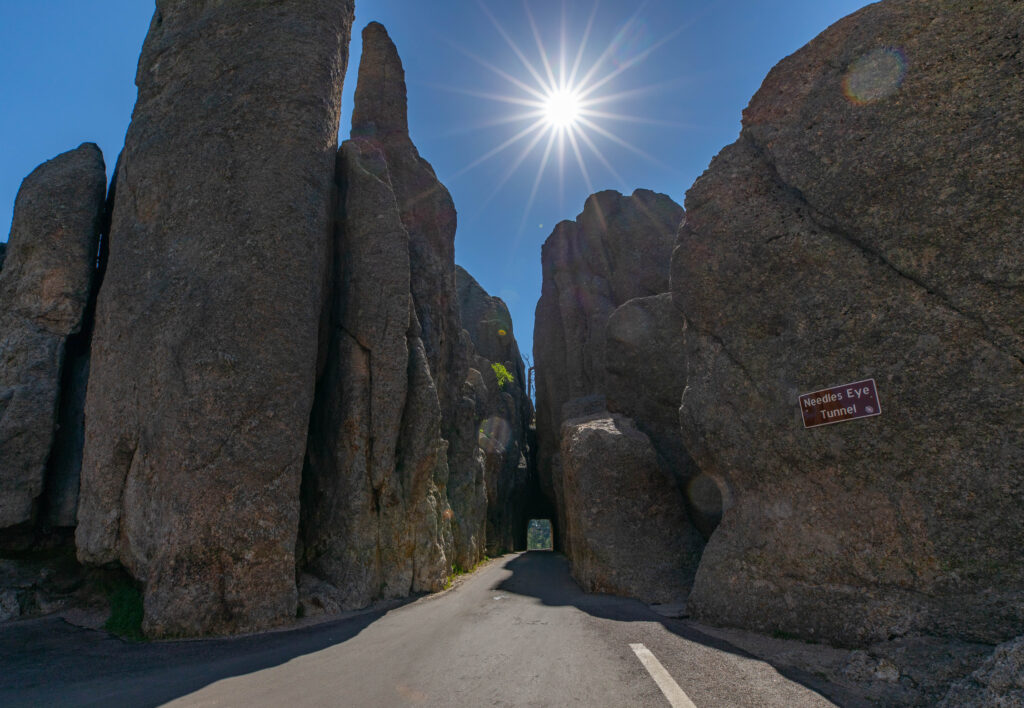 There is an unmarked hiking trail on the left just before Needles Eye tunnel that gives an impressive view of the tunnel and the surrounding rock features without much effort. 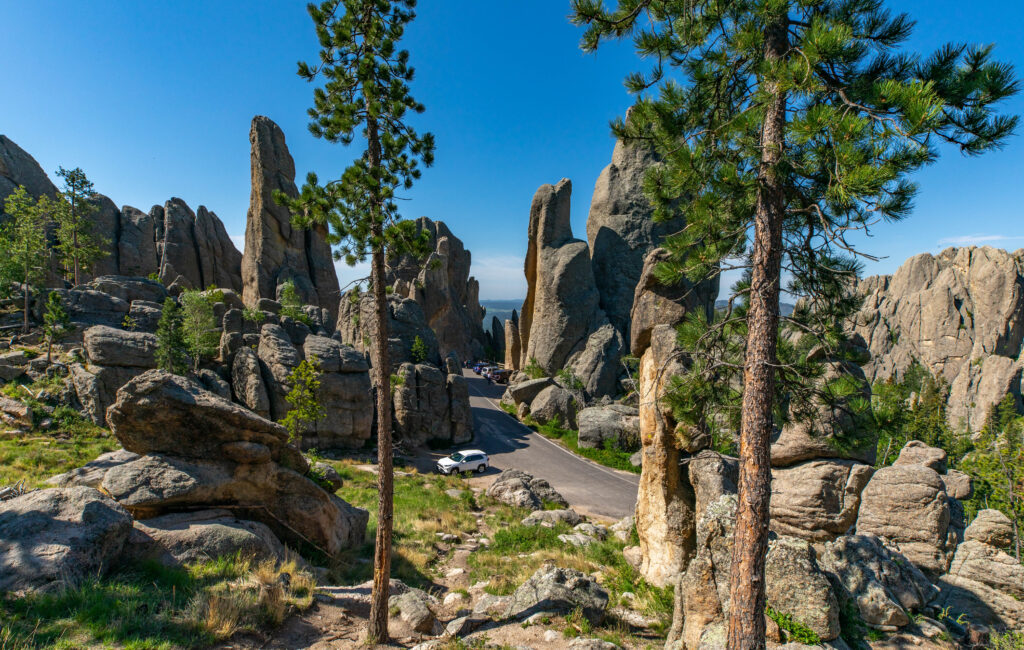 Also on the drive you pass Sylvan Lake. Sylvan Lake was created in 1881 when Theodore Reder built the dam. The lake area offers picnic places, rock climbing, small rental boats, swimming, and hiking trails. The lake is also home to the Sylvan Lake Lodge, which features a restaurant and general store. Sylvan Lake is also popular as a starting point for excursions to Black Elk Peak and The Needles. 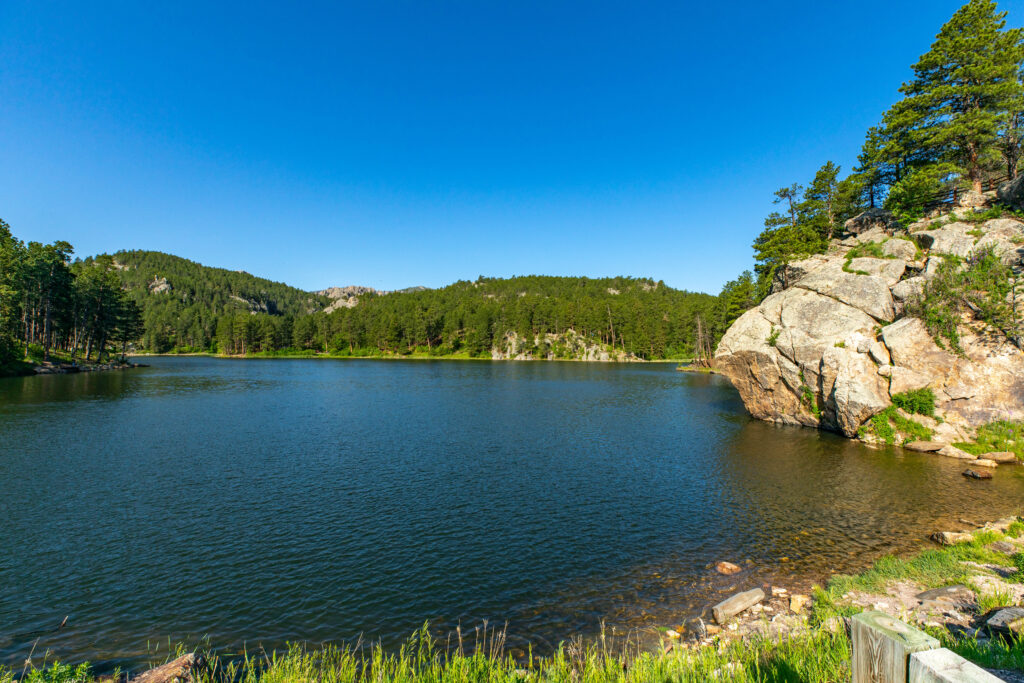 The other tunnel you’ll see on Needles Highway is the Iron Creek Tunnel, another small space to get through at 8′ 9″ wide by 10’10” high. This road is definitely not RV friendly! 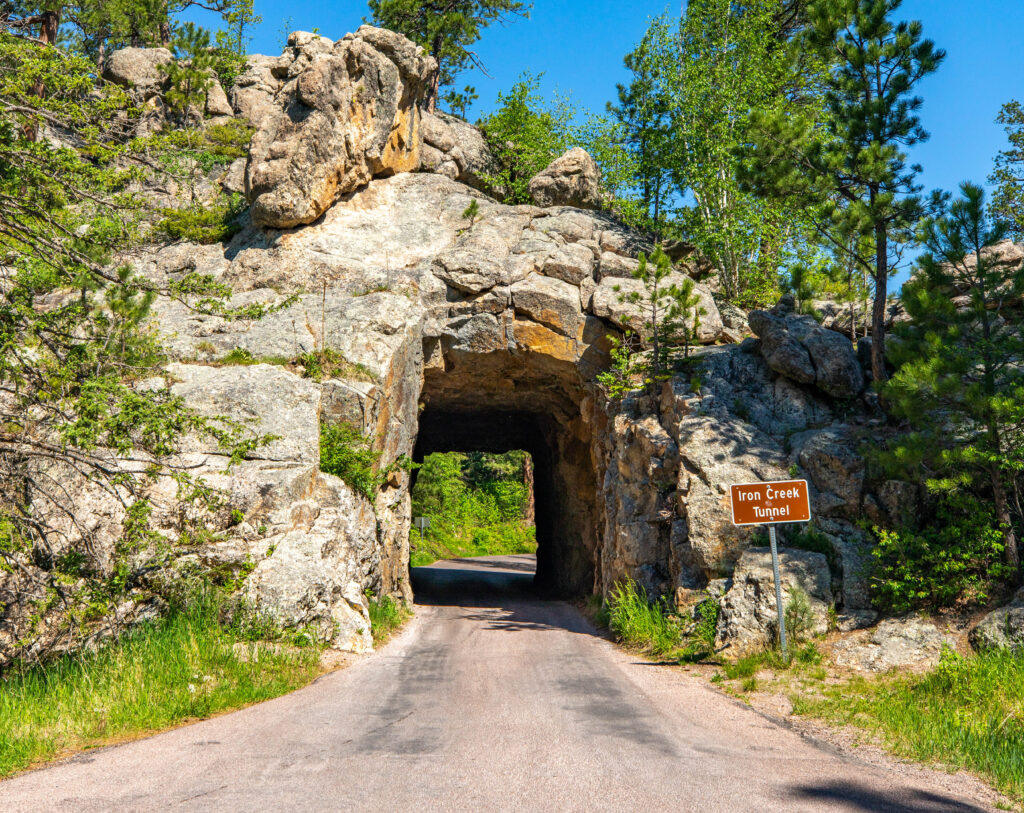