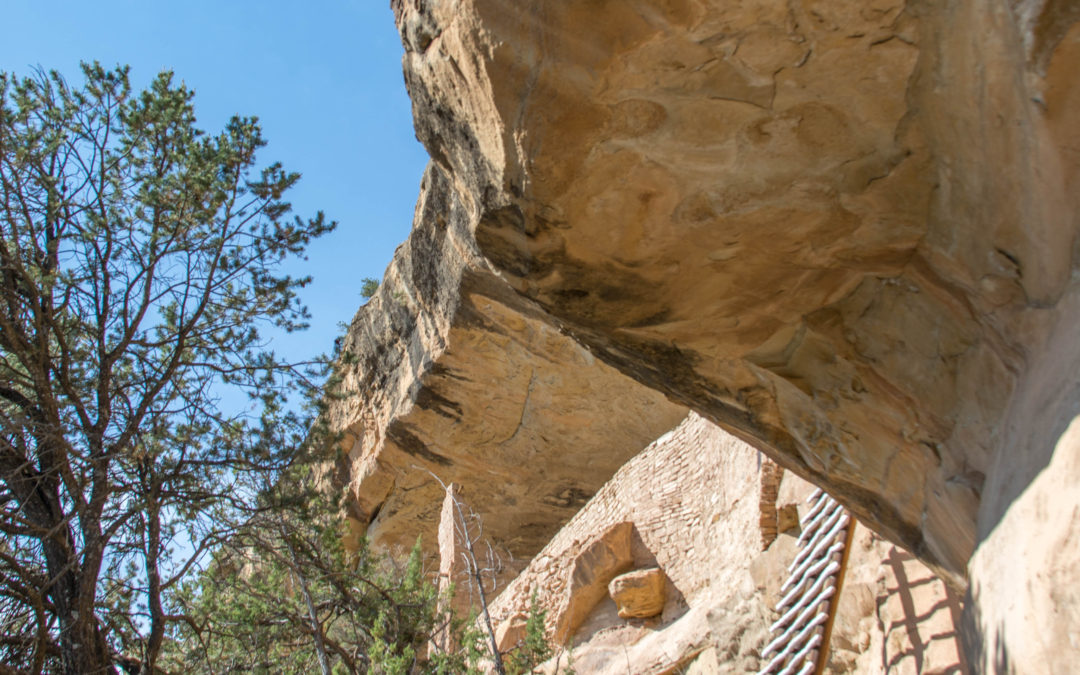 Balcony House is one of the great Ranger-led tours available at Mesa Verde National Park. Balcony House is an interesting example of a medium sized cliff dwelling with well-preserved rooms, kivas, and plazas that are all viewable by the public. The Park Service calls this their most “adventurous” tours in the park, because it requires visitors to descend a 100 foot staircase into the canyon; climb a 32 foot ladder; crawl on their knees through a 12 foot long and 18 inch wide tunnel in various parts of the tour. Our Ranger said at the beginning, “you don’t have to climb down there but you do have to climb back up!” 🙂

After the initial descent down a 100 foot metal staircase, the path to Balcony House is a 3-4 foot wide paved path that winds along the cliff face. Towards the end you catch a glimpse of the ladder into the pueblo. The 32 foot ladder initially intimidating to some visitors, but the Rangers reported that they’ve never had anyone fall off. Our tour was successfully completed by several older guests as well as numerous small children. 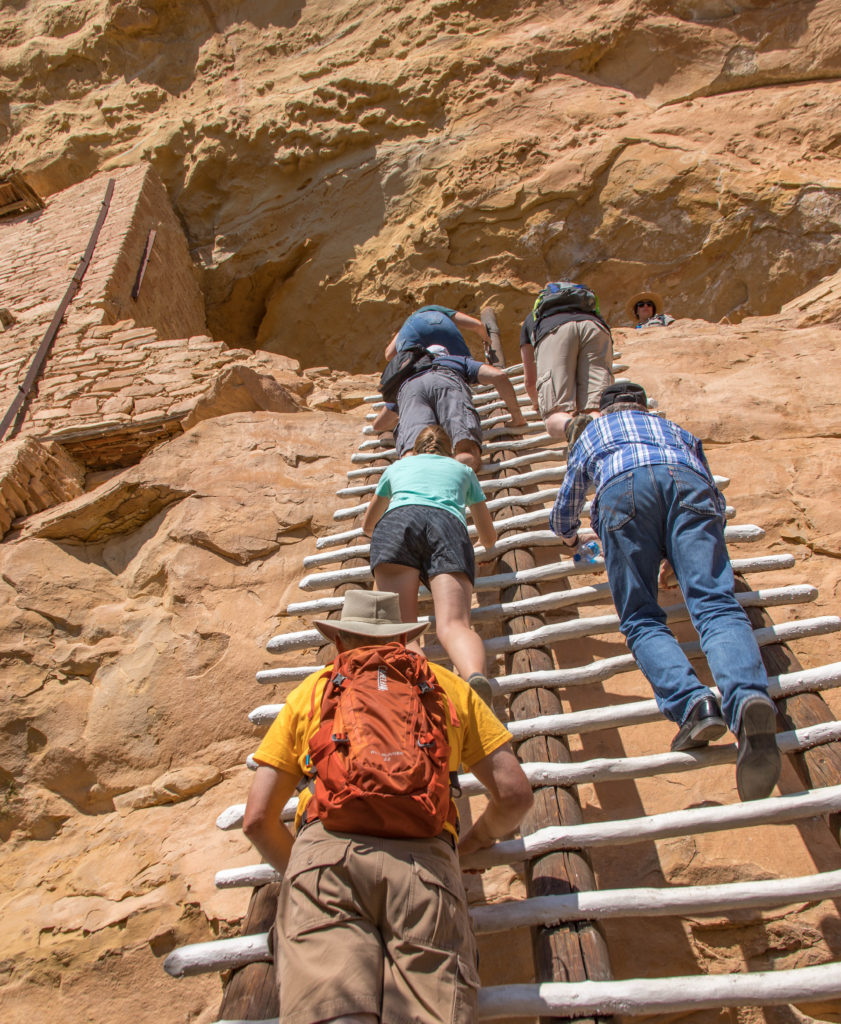 Once at the top of the ladder, visitors are greeted immediately by one of the Balcony House’s large plazas. These areas were thought to be common areas for work and trading. There’s a great view from this plaza across the rest of Balcony House’s various rooms and kivas. 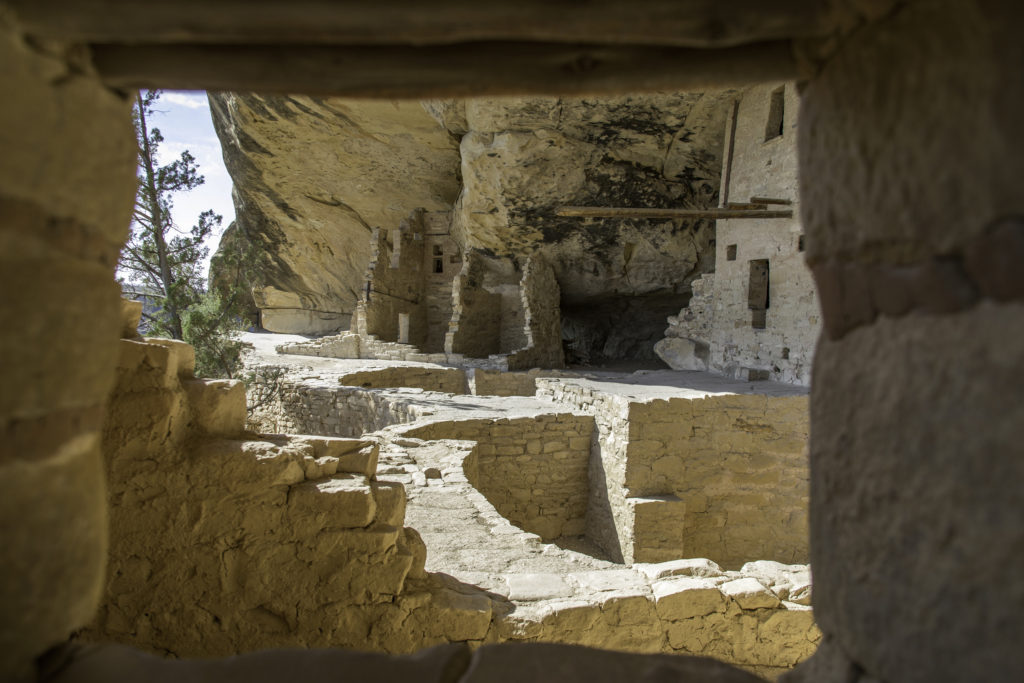 Like the other cliff dwellings, Balcony House features some amazing construction and masonry work, 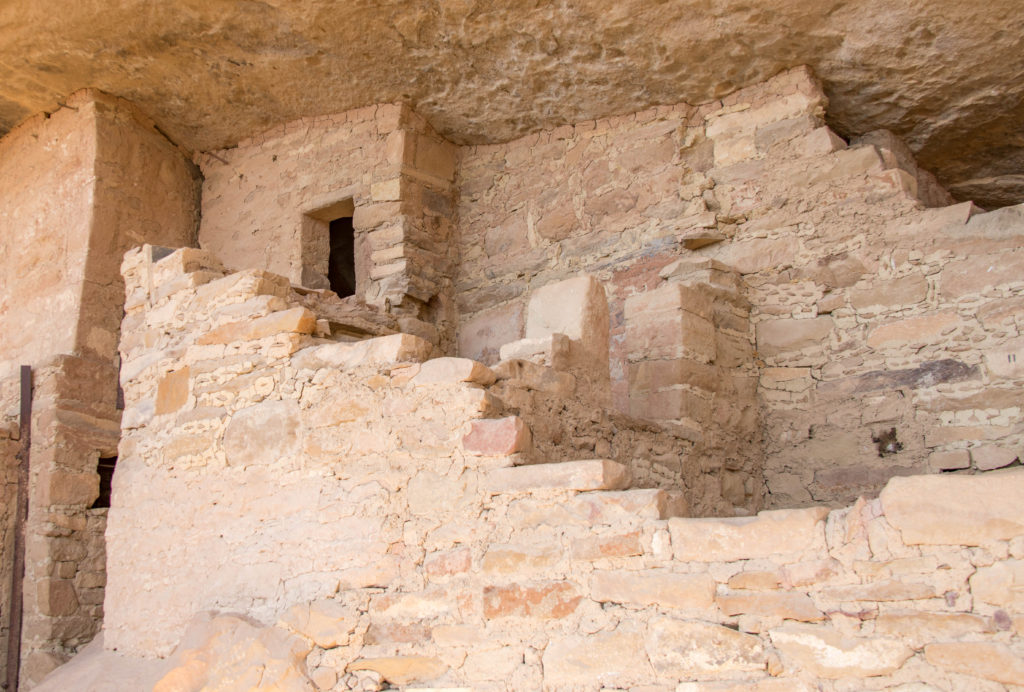 as well as a great view into the canyon below. 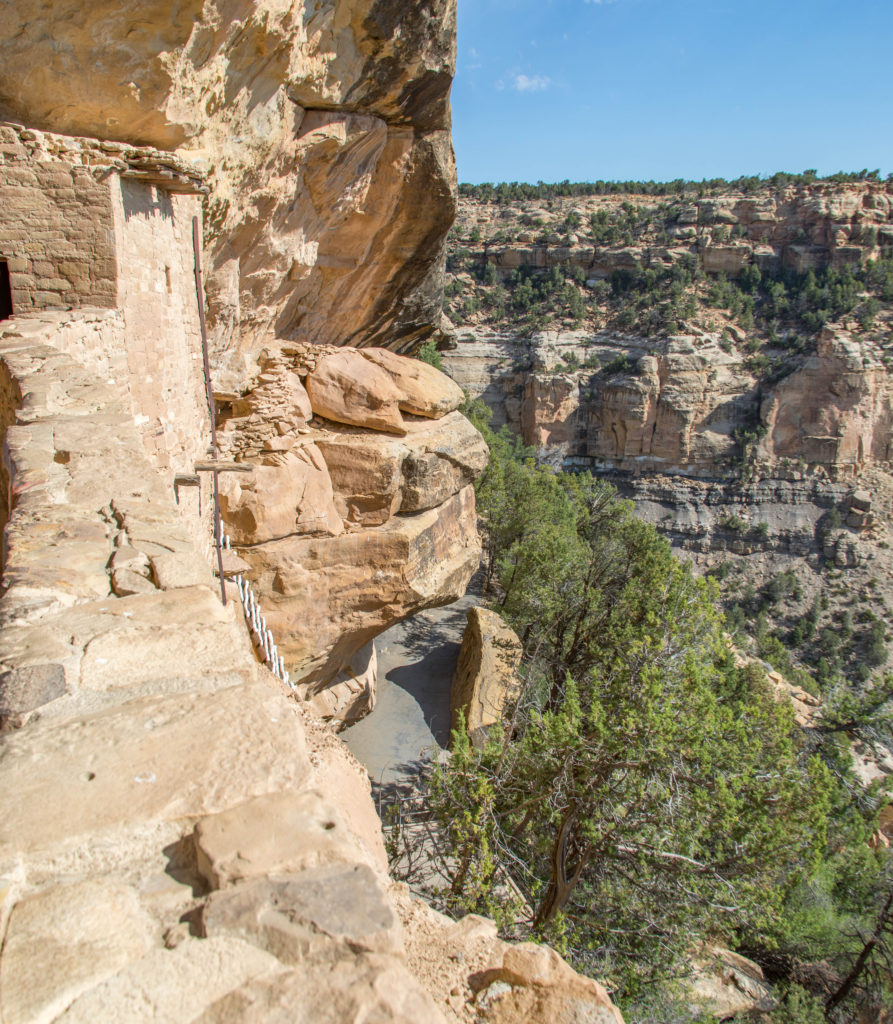 Balcony House gets it’s name because it’s the only cliff dwelling that’s been discovered to contain several large balconies to increase the available floor space. The balconies were built by extending the logs used for floors and ceilings in the dwellings through the wall to allow the construction of cantilevered decks on the outside. Archeologists theorize that the balconies would have had large walls or railings at the end to allow them to be used to corral the village’s children while the adults were working nearby. Here’s a picture of the one remaining (partially reconstructed) balcony, without a wall or railing. 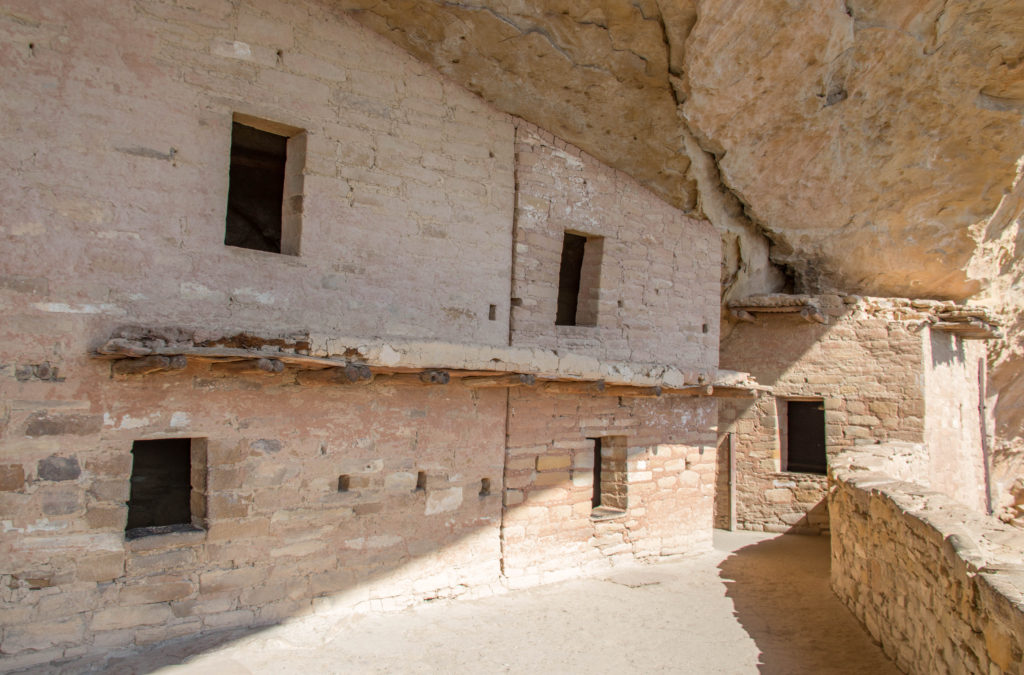 The last big adventure at Balcony House is the path out, which goes through a 12 foot long and 18 inch wide tunnel which is only tall enough at the ends to be negotiated on your hands and knees. As the Ranger said, “don’t worry, everyone looks awkward crawling through the tunnel!” It was interesting to think about the tunnel as a potential defensive measure, as at one time it was the only direct way in and out of the dwelling. 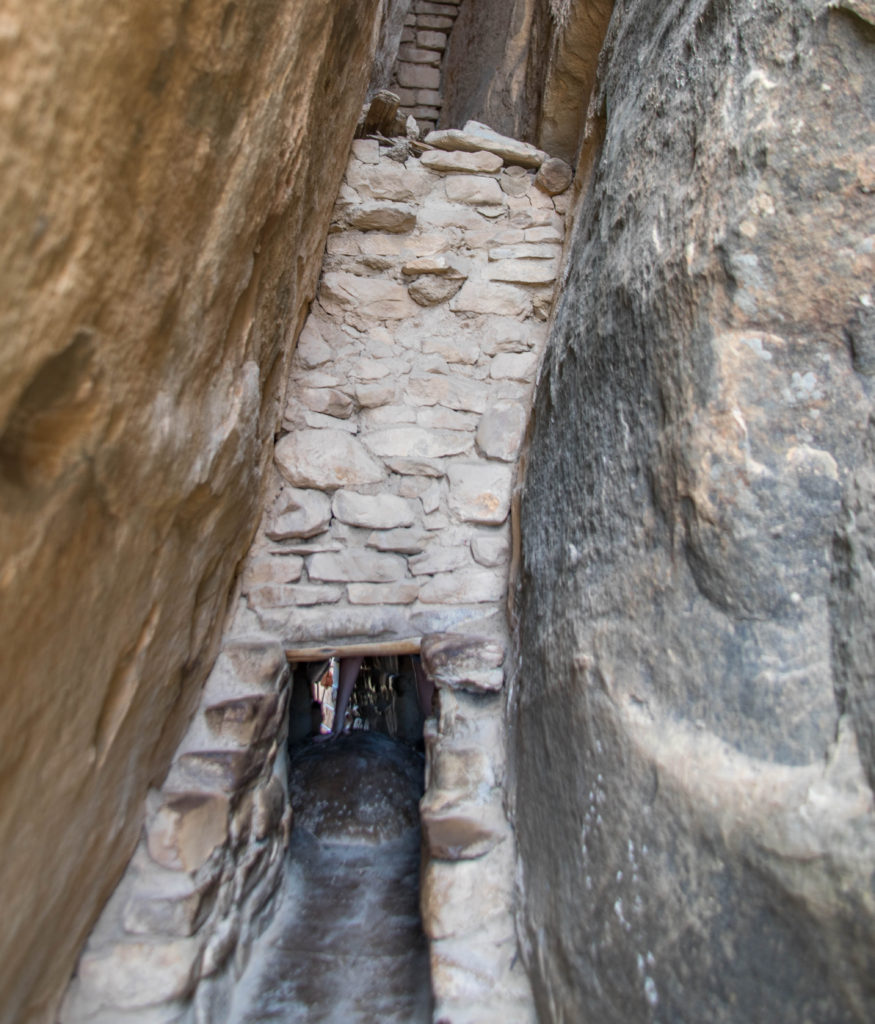 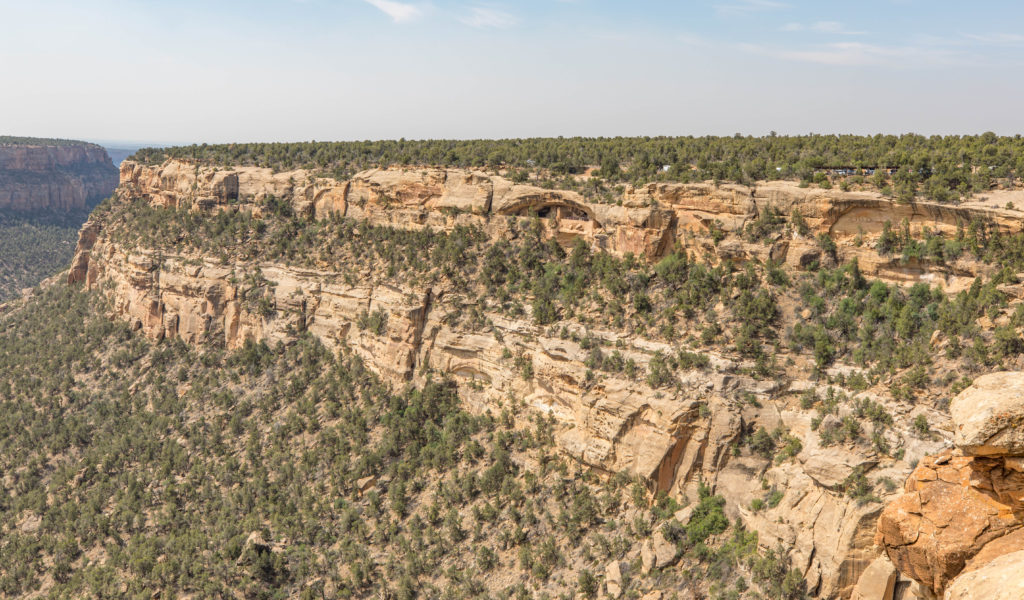