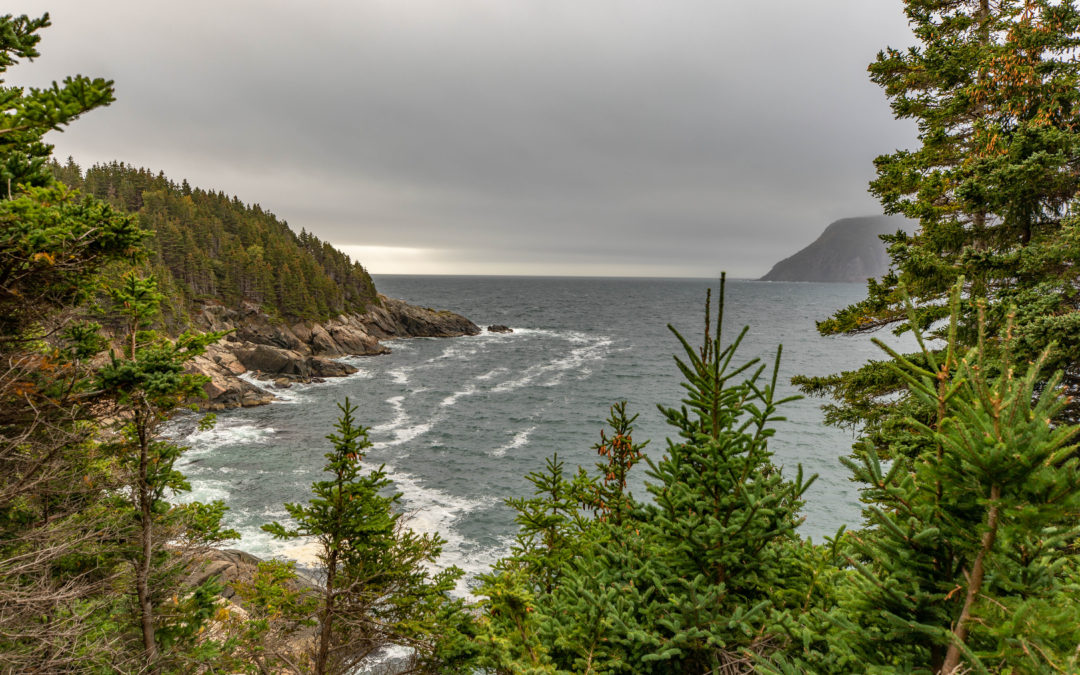 The Middle Head Trail is a great, shorter hike that follows a long, narrow peninsula separating two ocean bays, ending on headland cliffs overlooking the Atlantic Ocean. Its well marked with another nice Cape Breton Island trail head marker, and there is plenty of parking available near the lodge. 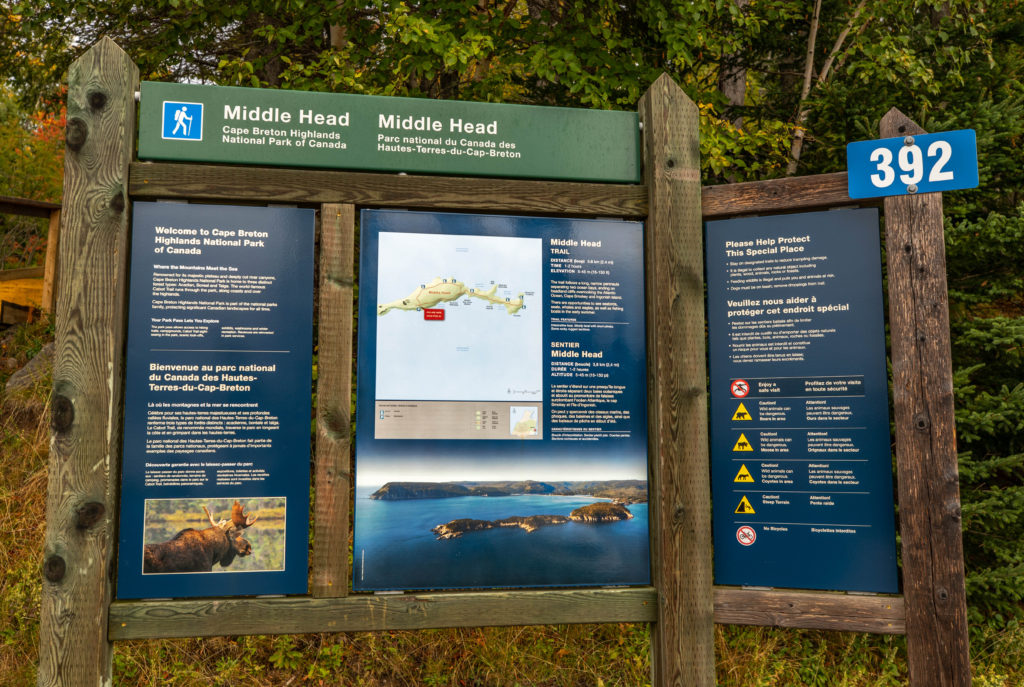 It’s also conveniently located just at the back of the Keltic Lodge property in Ingonish, NS. The trail is rated moderately difficult as it has numerous sections of rocks and roots, and several short but relatively steep climbs. 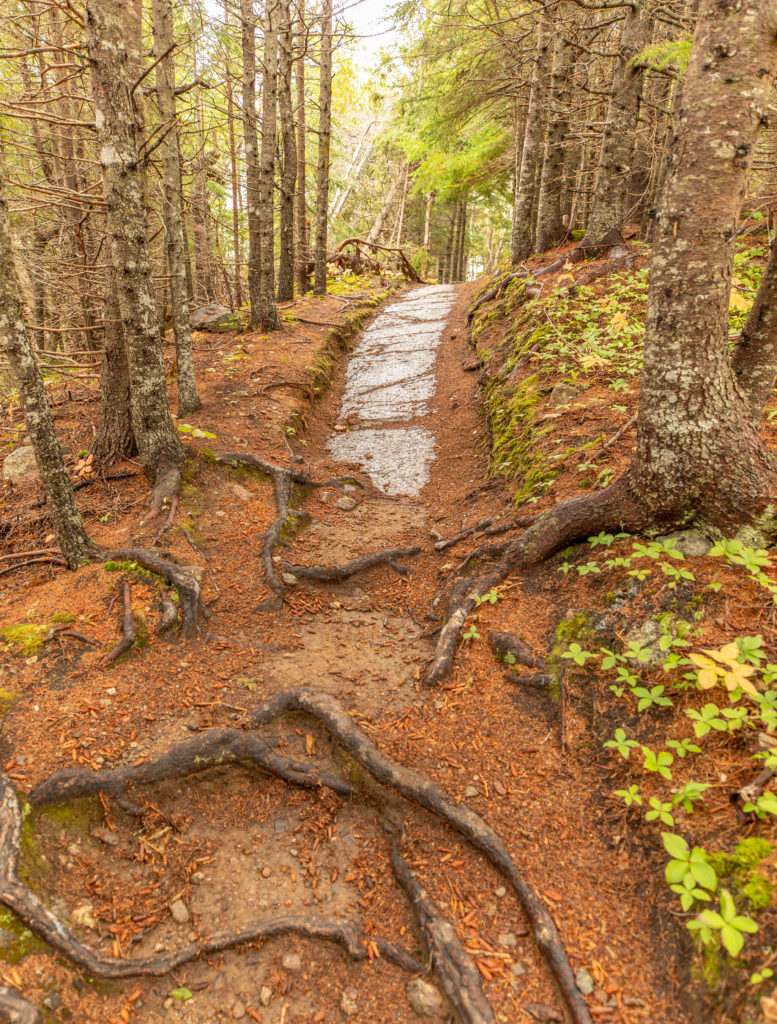 The climbs are quickly forgotten when you reach the first of half a dozen overlooks that offer amazing views of the Atlantic, Cape Smokey, and Ingonish Island. The entire headland is composed of huge granite formations, so the cliffs and overlooks are really beautiful. 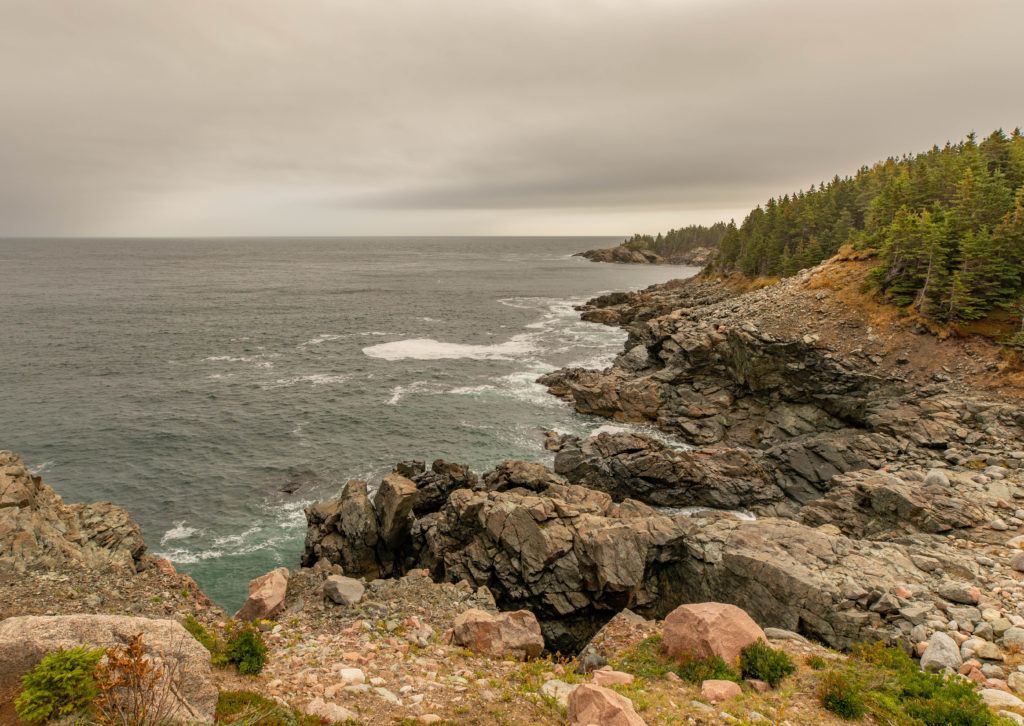 The trail follows the Middle Head peninsula out from the lodge, primarily through dense pine forests but there are also several large open meadows. 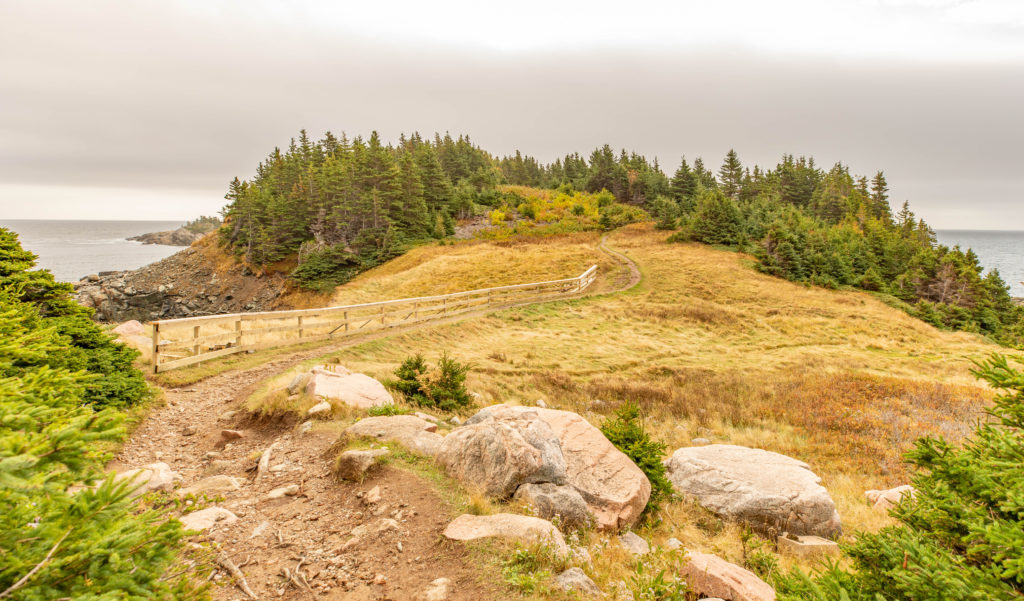 The forests on the peninsula are amazingly green and lush, and feature a wide array of moss, greenery, and small mountain flowers. You could really see why the Scotts who settled this area were drawn to it, as it is very reminiscent of the Scottish Highlands. 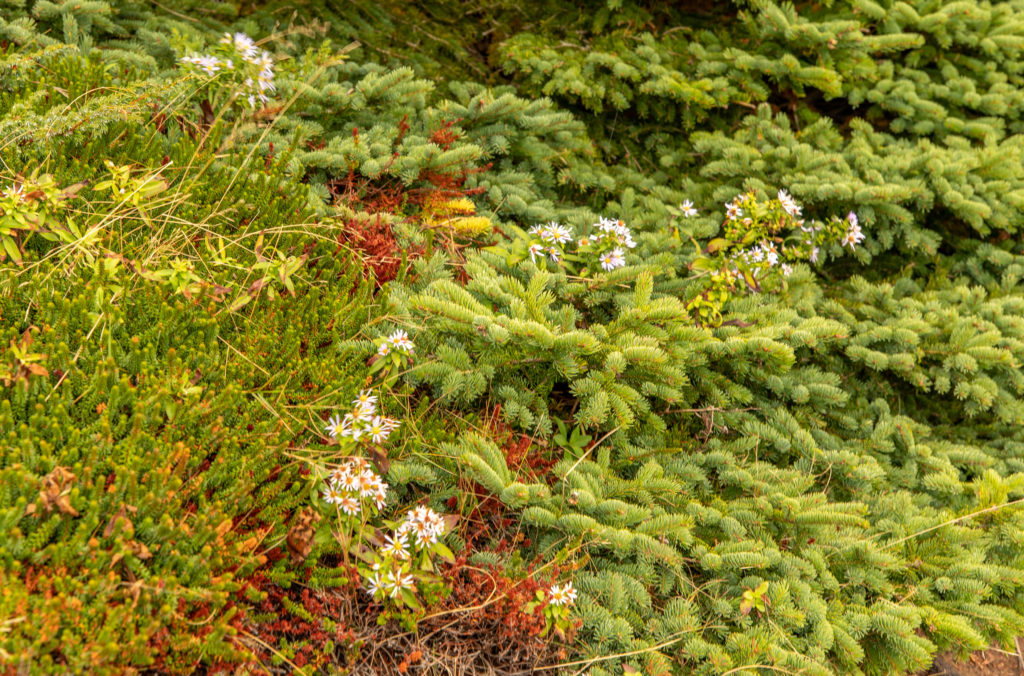 All in all the Middle Head Trail is a very nice shorter hike to add during your visit to Ingonish or the Keltic Lodge.