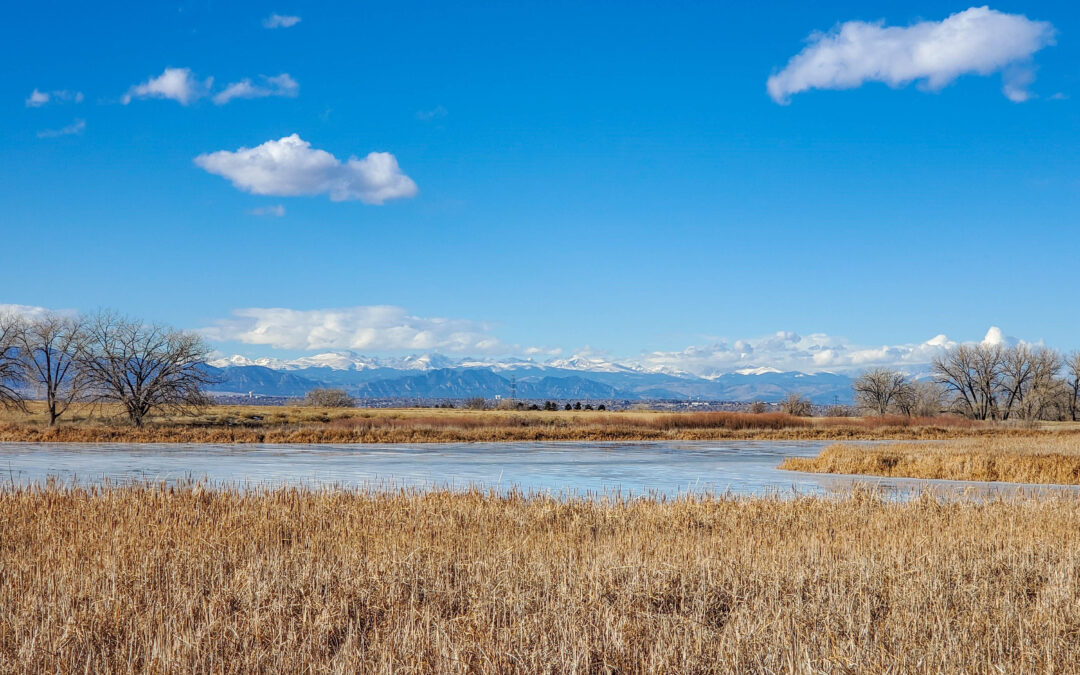 The Rocky Mountain Arsenal National Wildlife Refuge is a 15,000-acre expanse of short and mixed grass prairie that is home to more than 330 species of wildlife, including bald eagles, bison, black-footed ferrets, deer, coyotes, burrowing owls, and prairie dogs. The site began as a U.S. Army base and is now managed by the U.S. Fish and Wildlife Service to protect wildlife and habitat. The Rocky Mountain Arsenal traces its beginnings to the Dec. 7, 1941, attack on Pearl Harbor, which brought the United States into World War II. The U.S. Army constructed the Arsenal in 1942 to develop chemical weapons as a deterrent against the Axis Powers. The U.S. Army selected 17,000 acres of farm land just 10 miles northeast of Denver in Commerce City, Colorado, as the site of the new Arsenal.

As production declined at war’s end, the U.S. Army leased some of the facilities to private companies, one of which Shell Oil Co. purchased, for the production of agricultural chemicals. The U.S. Army later reactivated Arsenal facilities for Cold-War weapons production and demilitarization. The Arsenal also played a role in America’s space exploration by manufacturing the rocket fuel used to power the Apollo 11 flights. The U.S. Army and Shell conducted a $2.1 billion environmental cleanup of the site in collaboration with the Environmental Protection Agency, Colorado Department of Public Health and Environment and Tri-County Health Department that was completed in 2010.

The trails closest to the Visitor Center surround Lake Ladora, Lake Mary, and Havana Ponds. Lake Ladora is the largest of the lakes that is open to the public, maybe slightly smaller that Upper and Lower Derby Lake which are currently closed due to sensitive wildlife habitat. The Lake Ladora Loop Trail is 1.8 miles long and has amazing views of the mountains and downtown Denver. 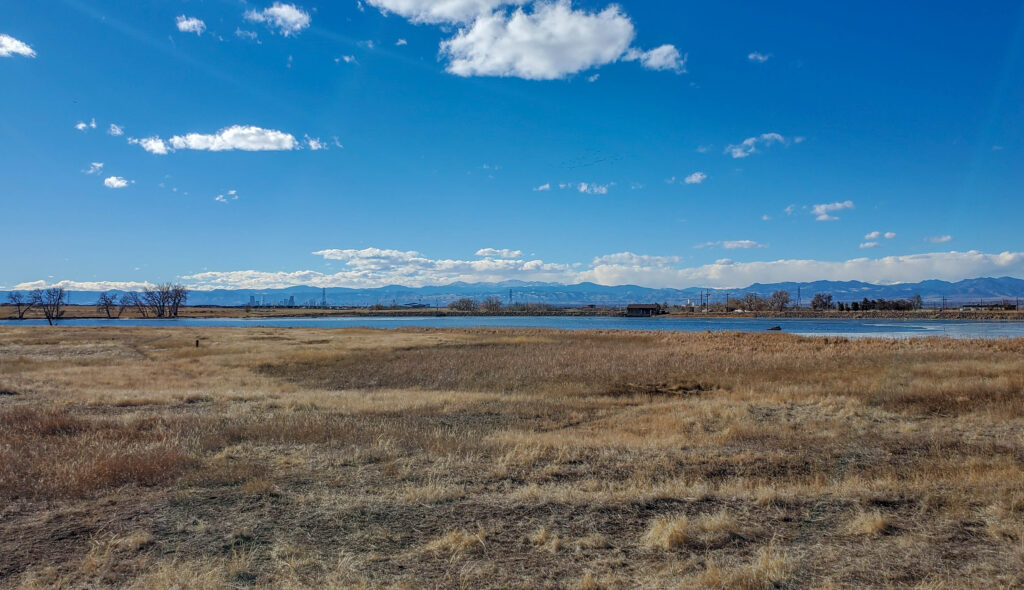 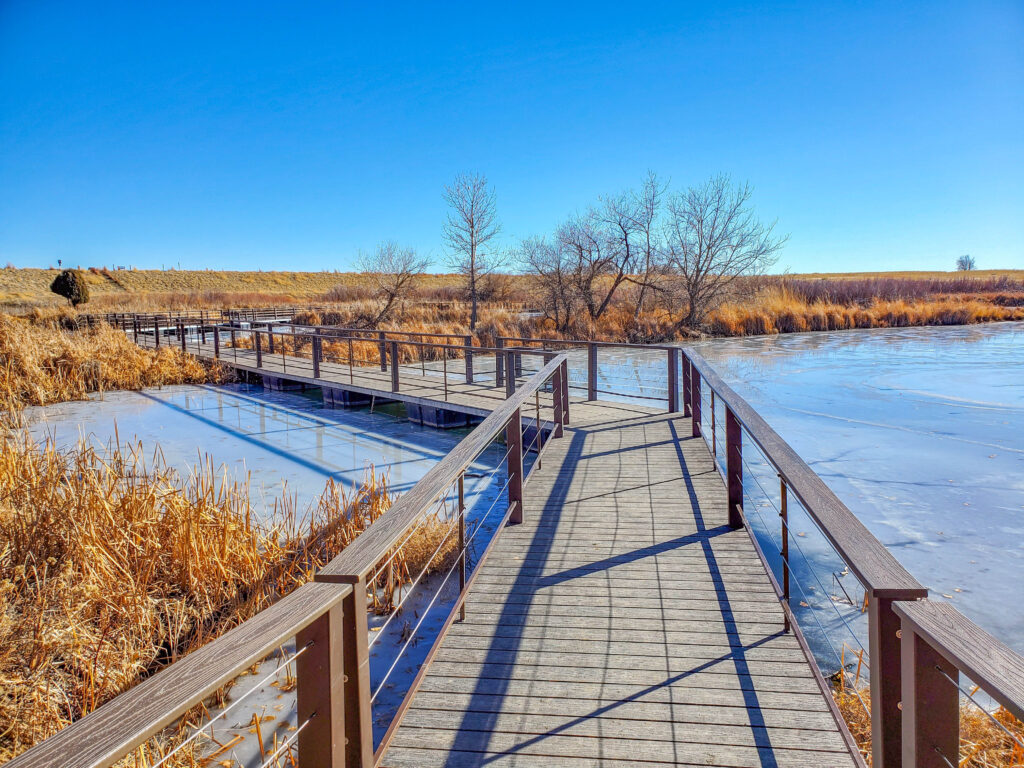 The Arsenal was originally added to the list of potential refuges because of a pair of nesting Bald Eagles that still call the refuge home. There is also an amazing number of Mule Deer and White-tailed Deer that frequent the refuge, and basically ignore the sightseers who are visiting their home. 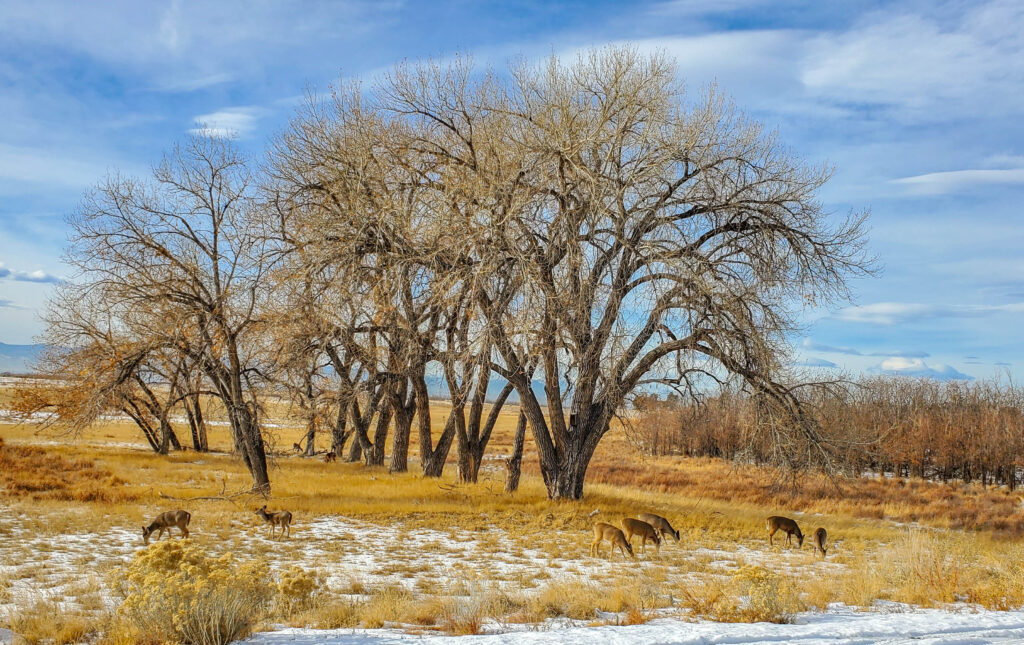 There is also a large herd of American Bison in the refuge that are readily viewable on the Western side of the refuge. 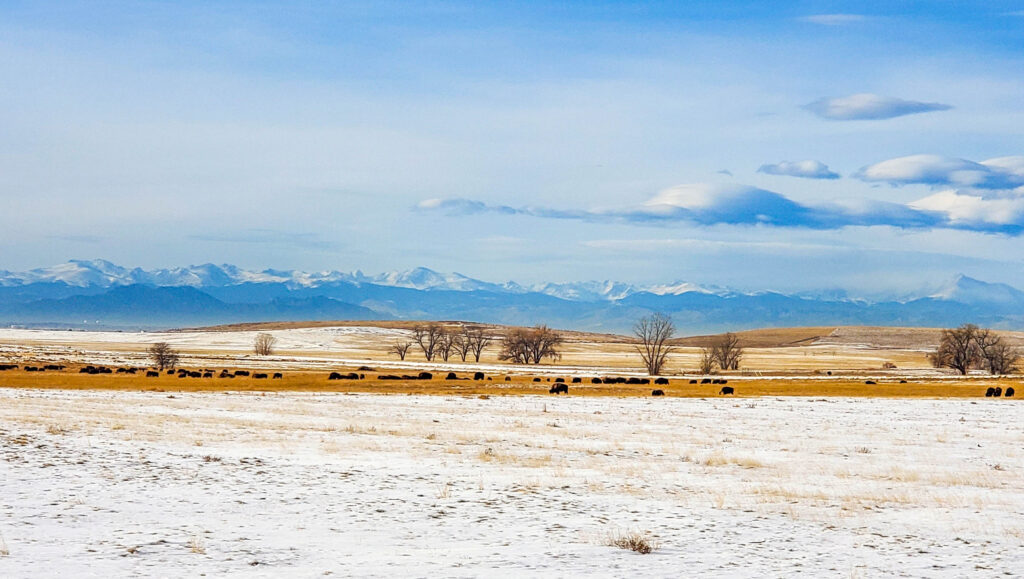 The Rocky Mountain Arsenal National Wildlife Refuge is an outstanding place to spend the day for hiking or biking outdoors and viewing a large variety of wildlife. Having a site that is so easily accessible from a major metropolitan area and provides access to viewing of bald eagles, bison, black-footed ferrets, deer, coyotes, burrowing owls, prairie dogs, and a variety of other species is truly a national treasure and should be on your short list of Denver area wildlife hikes.