What to do on a One Day Tour of Tangiers, Morocco 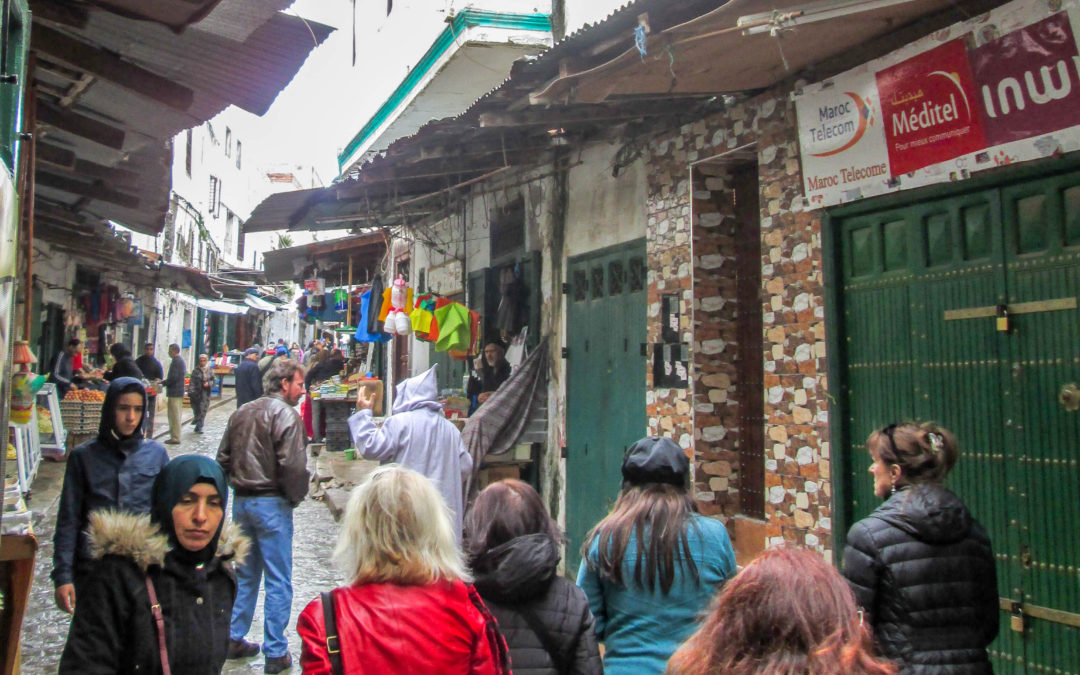 When visiting the South of Spain, it’s easy and relatively inexpensive to take the ferry over to visit Tangiers and other cities in Morocco. We chose the Algeciras to Ceuta ferry, which interestingly disembarked in the small town of Ceuta, Spain despite being located on the coast of Morocco. Ceuta is an important port on the African coast, due to it’s proximity the Straits of Gibraltar, and has been contested and changed hands many times over the years beginning with the Carthinians in 5th century BC. The ferries are modern, high speed ferries which finish the trip to Africa in just over an hour. Our ferry featured a small cafe, restrooms, comfortable chairs, and many windows and viewing areas.

Ceuta is one of two special, low tax, port areas owned by Spain in Morocco. Because of its strategic location on the Straits of Gibraltar, Ceuta has changed hands and been contested many times over many centuries. It is surrounded by The Royal Walls of Ceuta, which were built from 962 to the 18th century and include large navigable moats around the city. 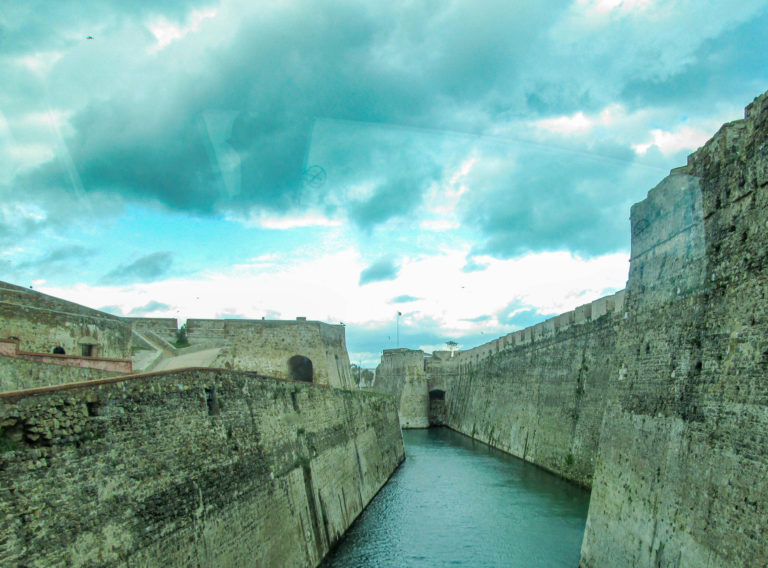 A section of the The Royal Walls of Ceuta

Once on the continent, we took a chartered bus for the short ride along the coast to Tangiers, Morocco. The coast is home to many beautiful and scenic beaches, but the usual restaurants and other facilities we’re used to seeing seemed few and far between. Also remember Morocco is a predominately Muslim country, so the drink of choice is tea.

The Medina (old city) in Tangiers is one of the country’s oldest, dating back to the 14th century. There are numerous babs (gates) leading into the medina, the most recognizable of which is Bab Haha the main gate leading into the Kasbah (marketplace). 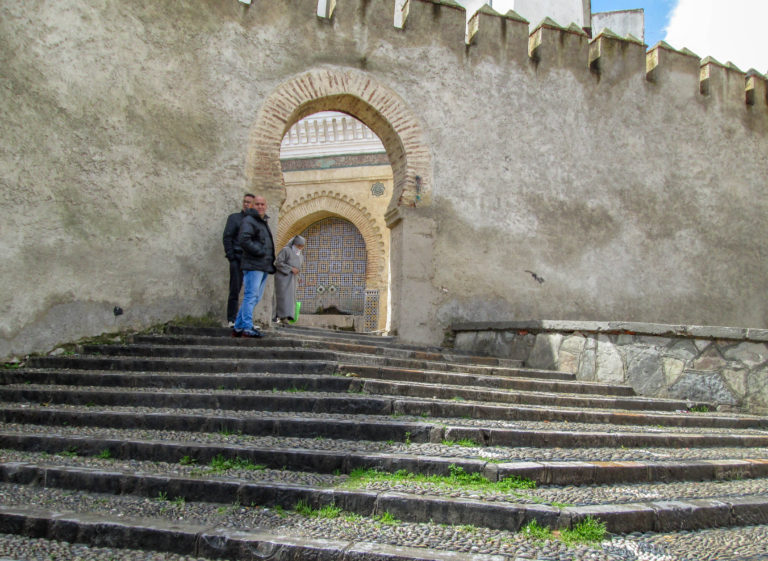 Bab Haha Entrance to the Tangiers Medina and Kasbah

The Kasbah features numerous areas of different vendors selling everything from spices and olives to clothing and rugs.

Bargaining on price is a key part of Moroccan commerce, so be sure to begin your bartering at a fraction of the asking price.

All-in-all, Tangiers provides a very interesting window into Moroccan life and culture. Its easy to imagine the streets of the Kasbah as they were hundreds of years ago, and the hustle and bustle of the people and commerce of Tangiers really bring it to life.