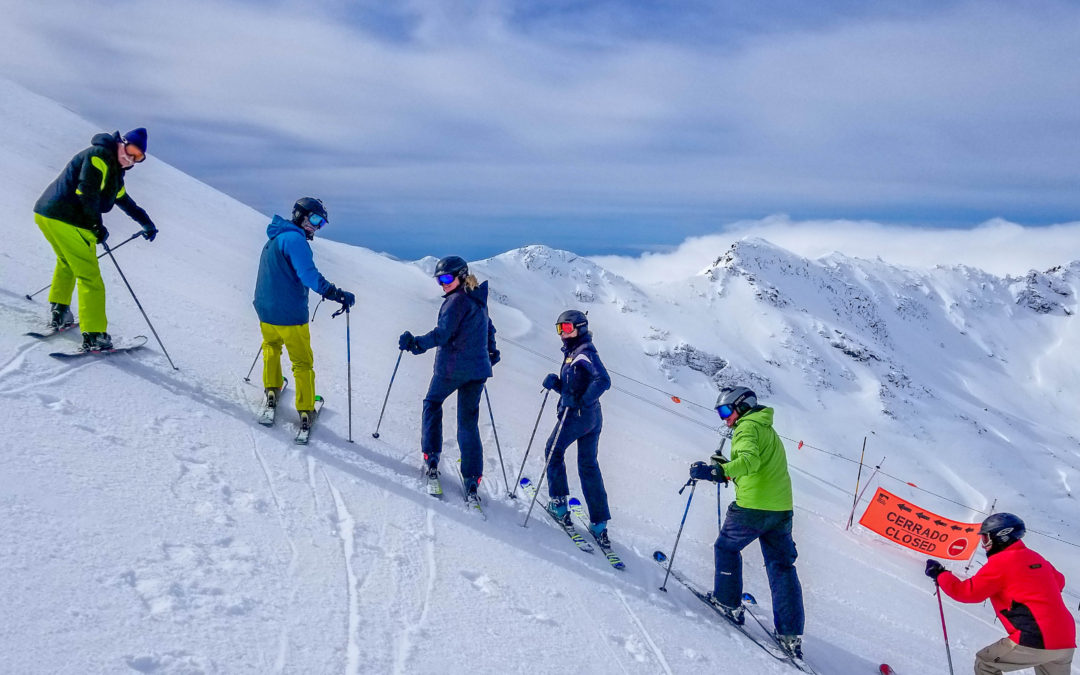 We recently spent several days snow skiing at Spain’s Sierra Nevada Ski Resort. What an incredible experience! There are at least five reasons we think Sierra Nevada is one of the ski world’s best kept secrets, and wouldn’t be surprised to see it experience huge growth in international tourism.

Reason 1: Spain is one of the most friendly and welcoming countries we’ve visited in Europe.

Reason 2: Sierra Nevada is located a short drive (less than 45 minutes) from Granada, one of Spain’s best known cities for tourism, tapas, sangria, and night life. Our tour guide Marina was a lifetime Madrileña, and said Granada was where she and her friends went when they wanted to have fun.

Reason 3: Sierra Nevada is also very close to the Southern coast of Spain. On a clear day (like the one in our pictures), you can see the coast of Africa across the Mediterranean Sea from the top of the T-bar to the peak of Veleta. And, on the same day you can be on the beaches of the famous Costa del Sol with a drive of less than two hours.

Reason 4: Spain is very inexpensive, compared with skiing in the US or farther North in Europe. The lift tickets and ski rentals were a fraction of costs at other resorts, and the food, drink, and tapas were amazingly reasonably priced.

Reason 5: Bragging rights. We have a lot of friends who are very experienced and well traveled skiers. Very few of them can match the stories we have about our awesome ski week in Spain!

Sierra Nevada has two major base areas. Pradollano is the sprawling village at the base, with lots of condos and hotels as well as shops and restaurants. From there, you have a choice of two cable cars to take you to Borreguiles, the mid-station at 8,780 ft (2,675 m). Borreguiles has a few additional restaurants and shops, but is mostly the mid-point of the mountain where lifts spread out to the different ski areas.