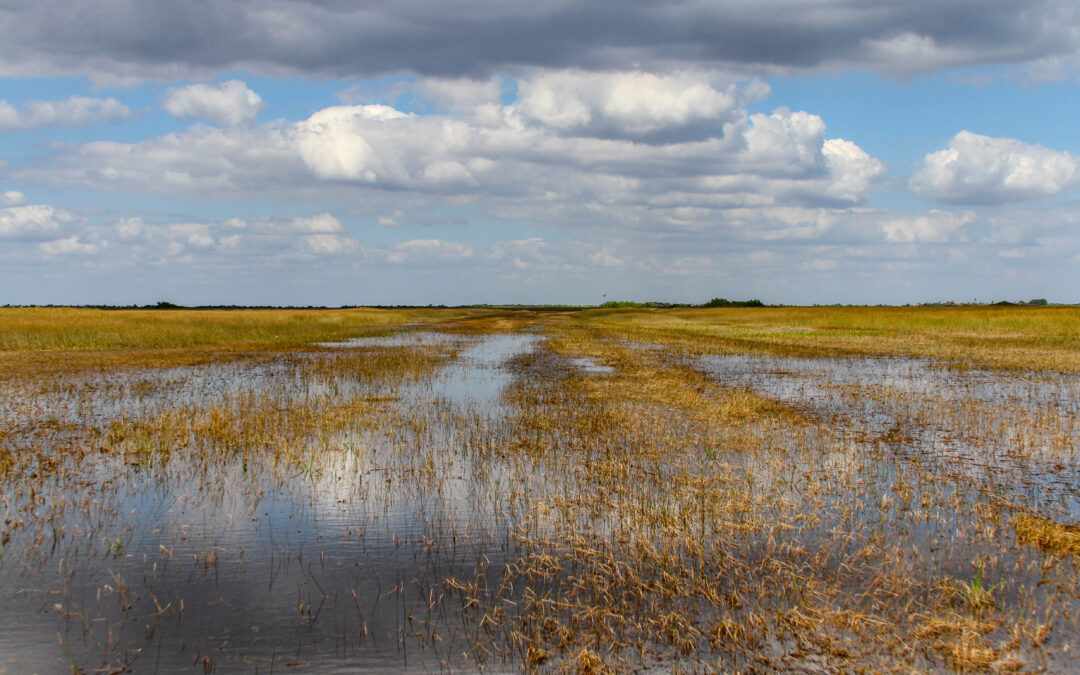 At least one million people from all over the world visit the Everglades each year. There are three main entry points: the Gulf Coast Visitor Center, which is closest to Naples and south of Everglades city; the Shark Valley area that can be accessed by US 41 (also known as the Tamiami Trail); and the Ernest F. Coe Visitor Center, the park’s main headquarters. Click here to read more about the Shark Valley area.

The name Everglades is a combination of Ever from the word forever & Glades which is an old English word that means a grassy open place. The Native Americans who lived here named it Pa-hay-Okee which translates into “grassy waters.”

The number and variety of tropical wading birds is really incredible, and sure to entertain even the most jaded bird watcher. We saw countless Herons, Egrets, Storks, Cranes, and even an American Purple Gallinule that liked to eat out of our guide’s hand. 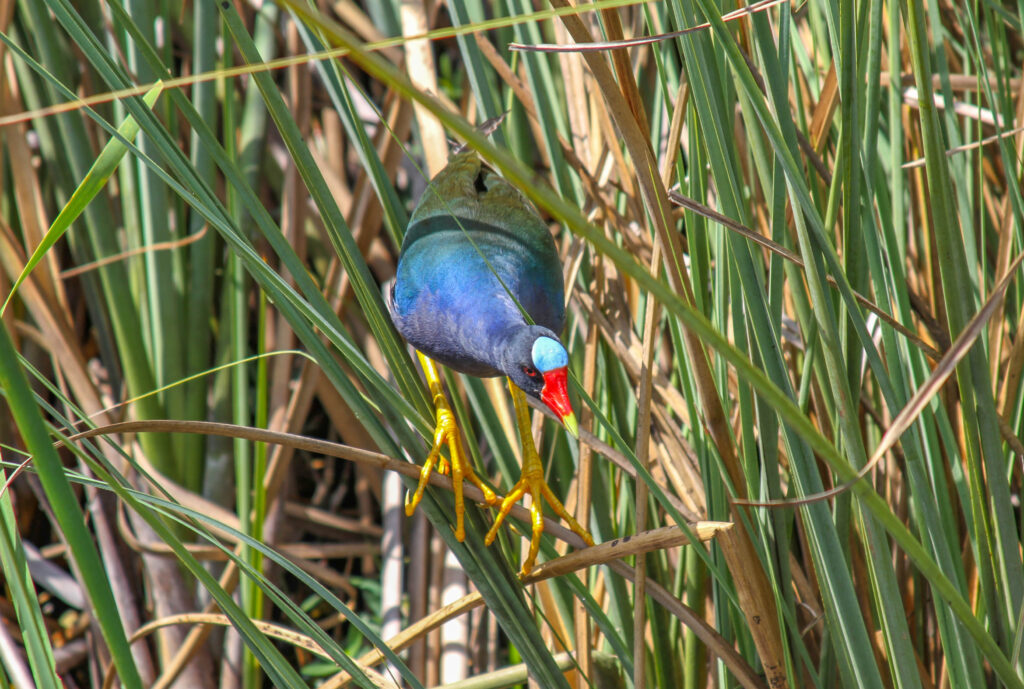 The variety of different habitats are really fun to explore. Each of them have distinct characteristics and different wildlife to view. For instance, the pine trees in the pine rockland were full of Nanday Parakeets, a variety that has established populations in the Tampa Bay Area, particularly St. Petersburg, and also along the southeastern Florida coast, including Miami for a total population of +/- 1000 individuals and increasing. 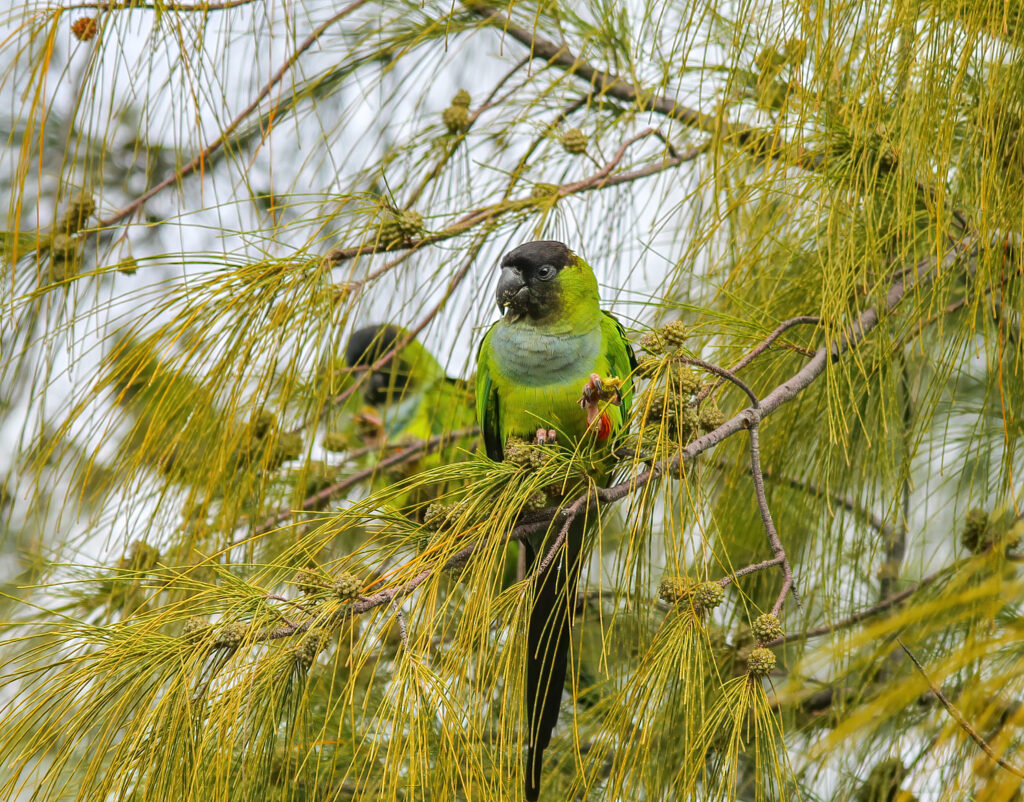 Because so much of the Everglades are water, boats are one of the most popular ways to see the park. We reserved a tour with Coopertown Airboat Tours, one of the three airboat companies that are recommended by the park. All three are located in the same area along Highway 41 West of Miami, and are some of the more than a dozen airboat companies we saw along the drive. The airboat was a great way to see the park, and our guide was very knowledgeable about the park and it’s many plants and wildlife. 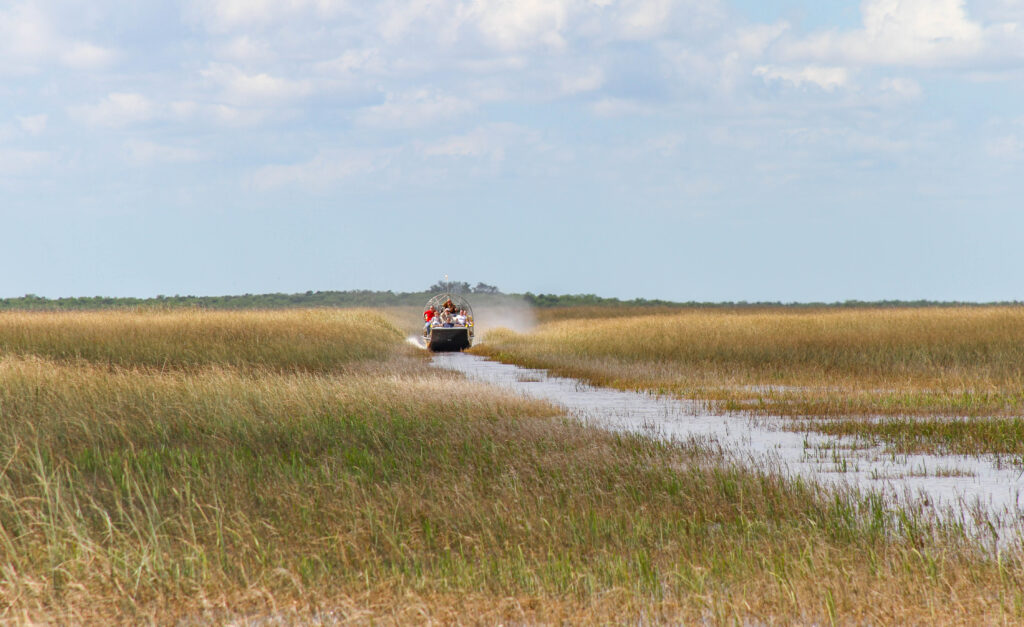 Airboat in the Everglades National Park

Another popular pastime in the Everglades is one you might not expect, it’s camping. There are two drive-in campgrounds accessible from the Homestead entrance of the park: Long Pine Key Campground and Flamingo Campground. Both accommodate tents and RV’s with a limited number of group sites. Reservations can be made with Everglades Guest Services by calling 1-855-708-2207. There are no front country campsites anywhere else in Everglades National Park, but there is also a variety of wilderness back country camping in ground sites, beach sites, and elevated camping platforms (“chickees”) available in various locations in the park. Most wilderness camping sites are accessible by canoe, kayak, or motorboat, though a few may be reached by hikers. A wilderness camping permit is required for all wilderness campsites and issued the day before or day of your trip at either the Flamingo or Gulf Coast Visitor Centers. 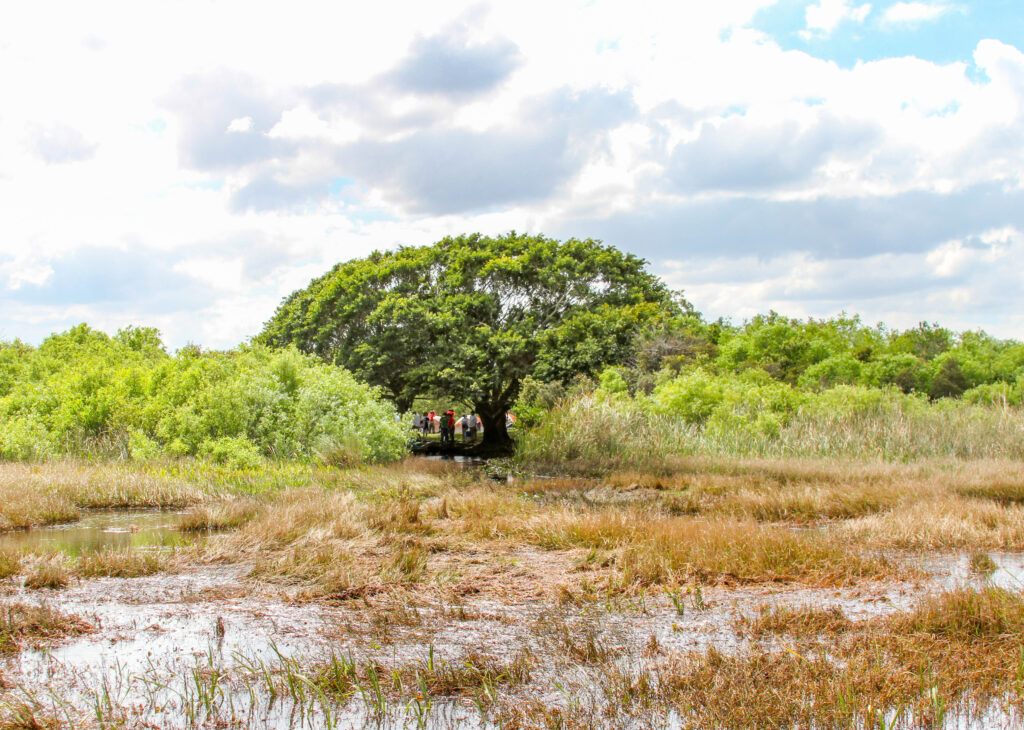 As you’d expect in South Florida, the Everglades are also home to what seems like millions of American Alligators. They were sunning themselves on virtually every piece of solid ground we saw, and even ground that wasn’t particularly solid. We saw so many that I put some of the photos into a slideshow below. We particularly liked seeing the baby Gators that were hanging out with several of the mothers during our February visit.

Pictures of alligators we saw on our airboat ride through the Florida Everglades.