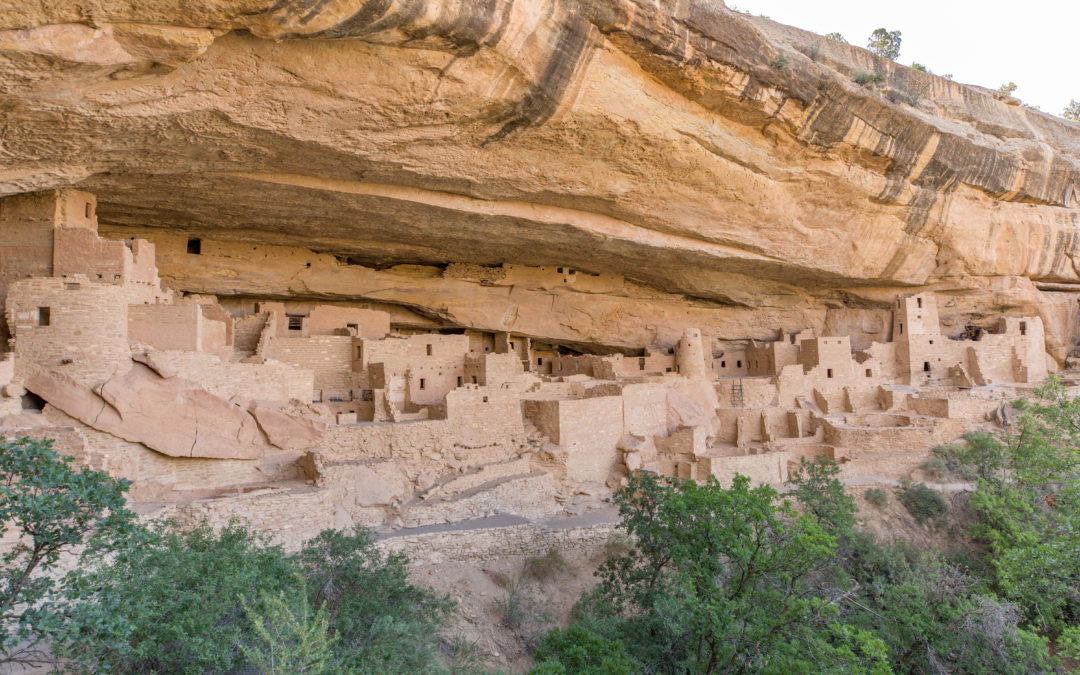 Our second (and favorite) tour of the Mesa Verde cliff dwellings was the Cliff Palace Tour. This one didn’t have the 32 foot ladder or sketchy path down that the Balcony House did. But, Cliff Palace is a much larger and more visually impressive example of a cliff dwelling. The Ranger who narrated our tour said he calls it the “United Nations of the Ancestral Puebloans” because representatives from several different clans would live there at one time, in order to meet, trade, and exchange information. 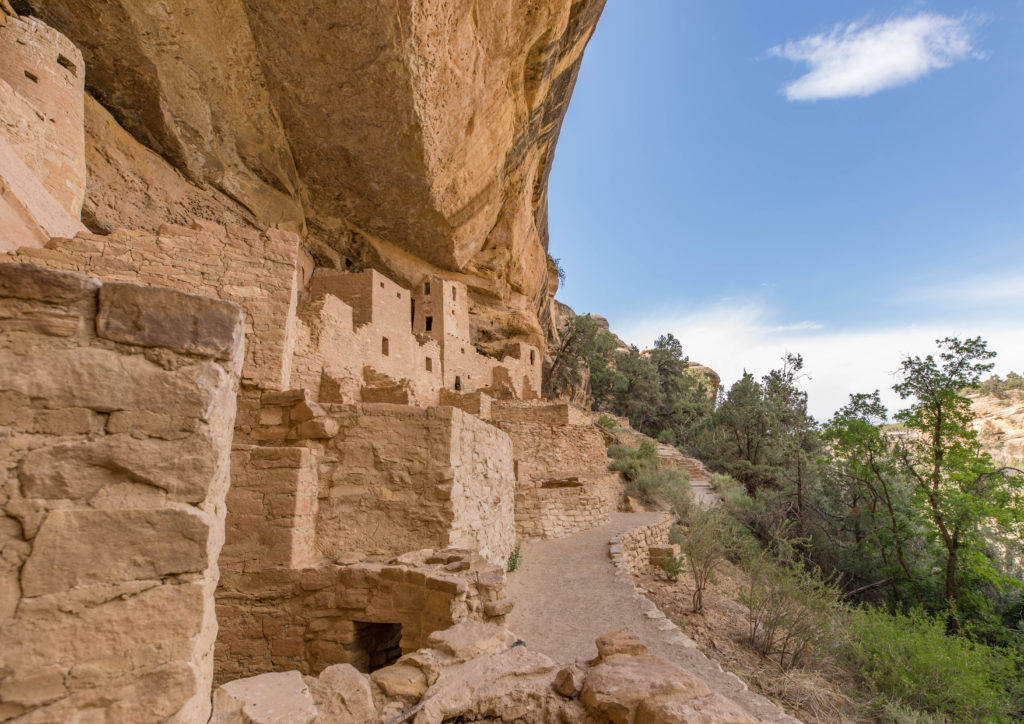 You can see in the layout of the dwellings that they have several kivas, which were the large underground meeting, social, and religious centers of the dwellings. And, each kiva has a set of apartments behind it where the archeologists believe the individual clans would live. 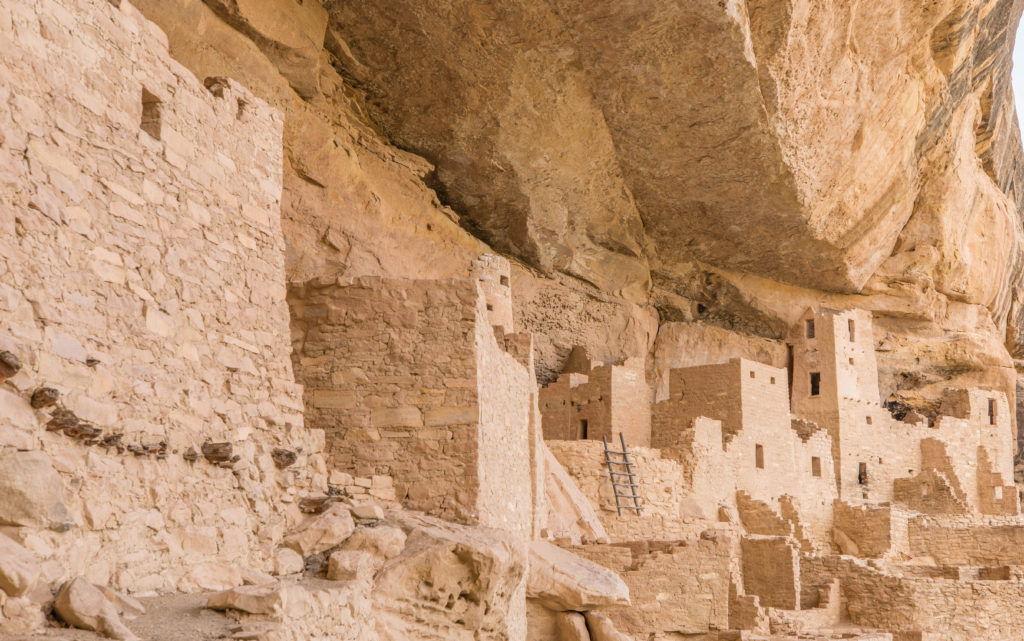 Cliff Palace also has some of the most impressive architecture of the cliff dwellings that have been discovered. In particular the number and type of different structures was very impressive, ranging from large round towers to square towers to four story apartment buildings. 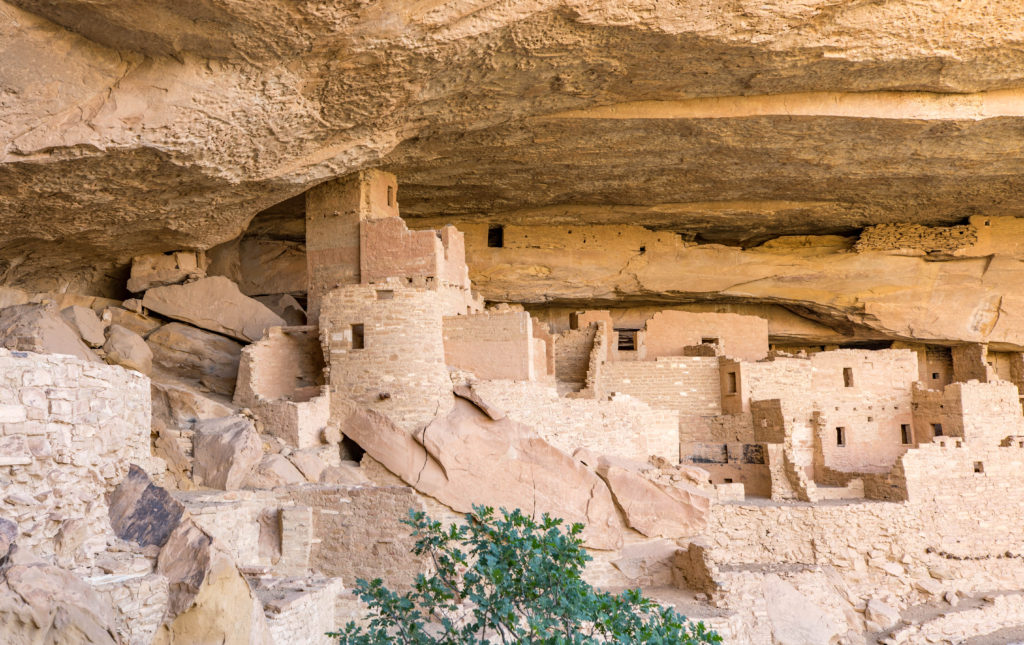 Also interesting at Cliff Palace was the line of rooms at the very top of the cliff area where archeologists believe the inhabitants would store several years of grain and other food as a hedge against drought or other bad weather. 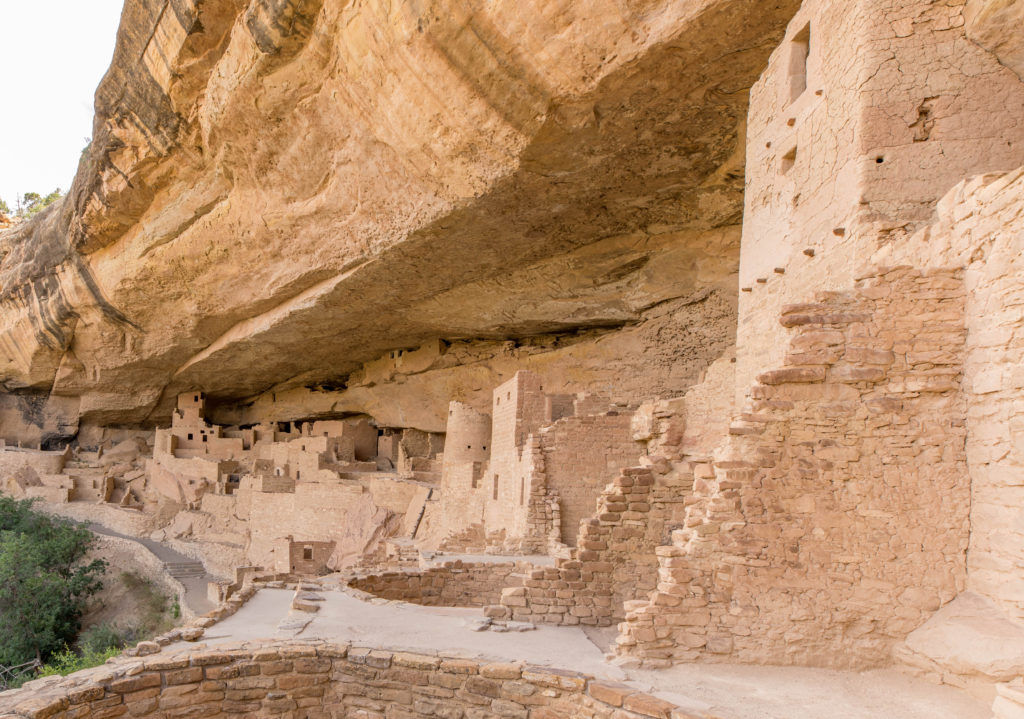