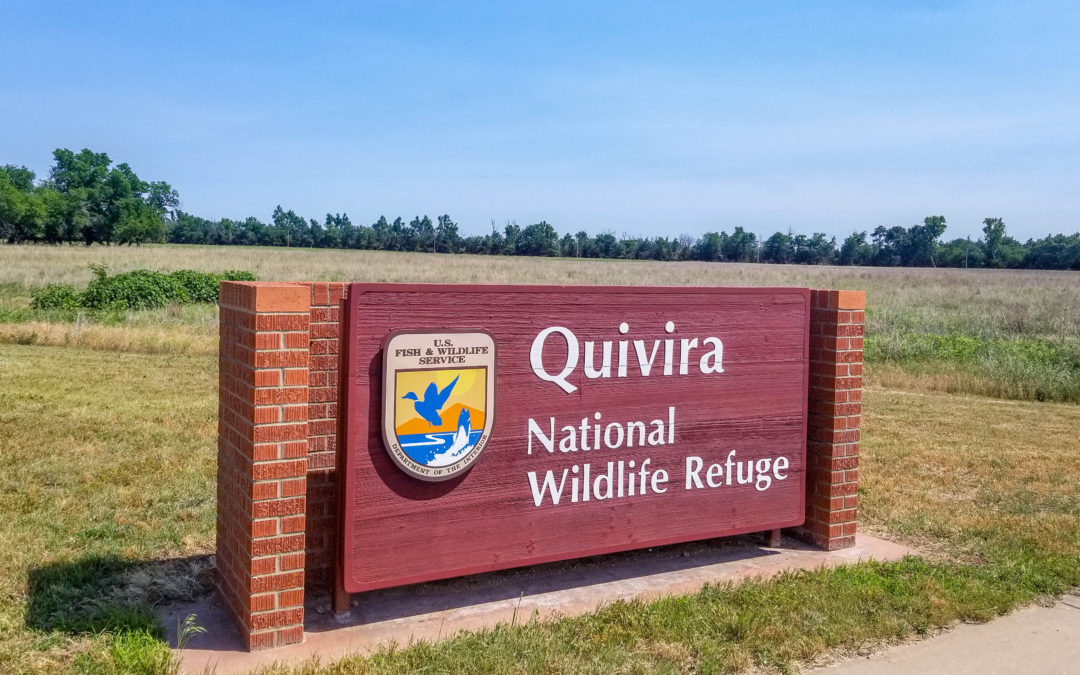 Quivira National Wildlife Refuge is 22,135 acres of rare inland salt marsh and sand prairie located in Southwest Kansas near the small town of Stafford. Quivira was established in 1955 to protect vital habitat along the Central Flyway for migratory wildfowl. Quivira’s wetlands are unique due to the high concentration of salt from subterranean deposits.

Quivira hosts a variety of bird and mammal life year-round, but is especially popular in the Fall (Oct/Nov) and Spring (Mar/Apr) migration seasons. During the migrations it is host to literally thousands of cranes and other migratory species, including Whooping Cranes. We visited in the Summer when the preponderance of the species were shore birds such as Herons, Egrets, and others. 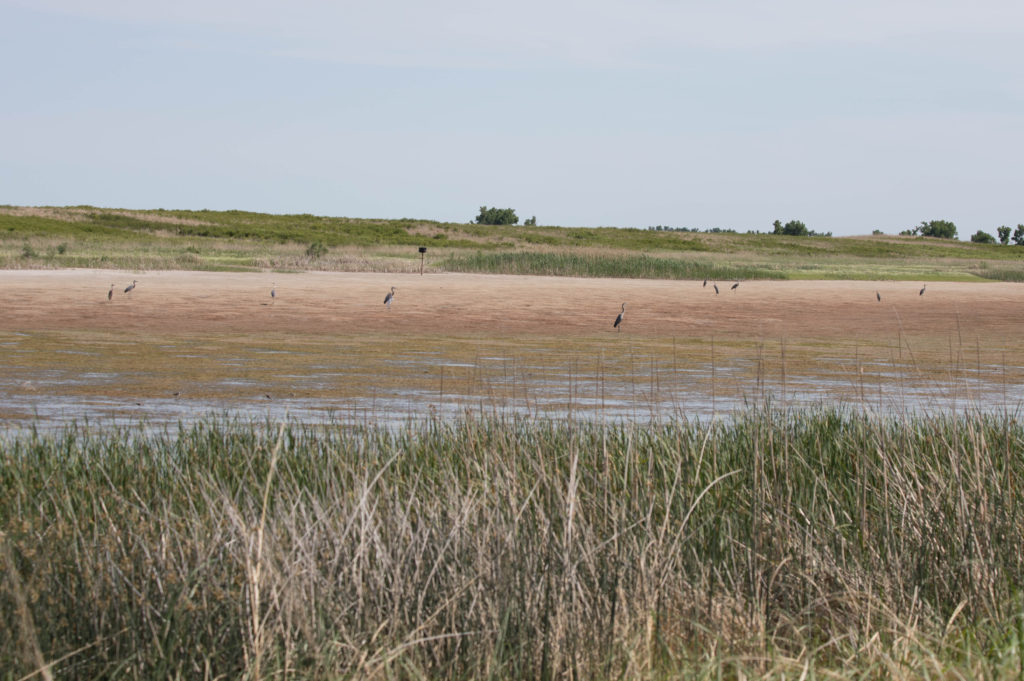 Herons and Egrets in Quivira

We saw quite a few smaller shore birds feeding in the marsh. 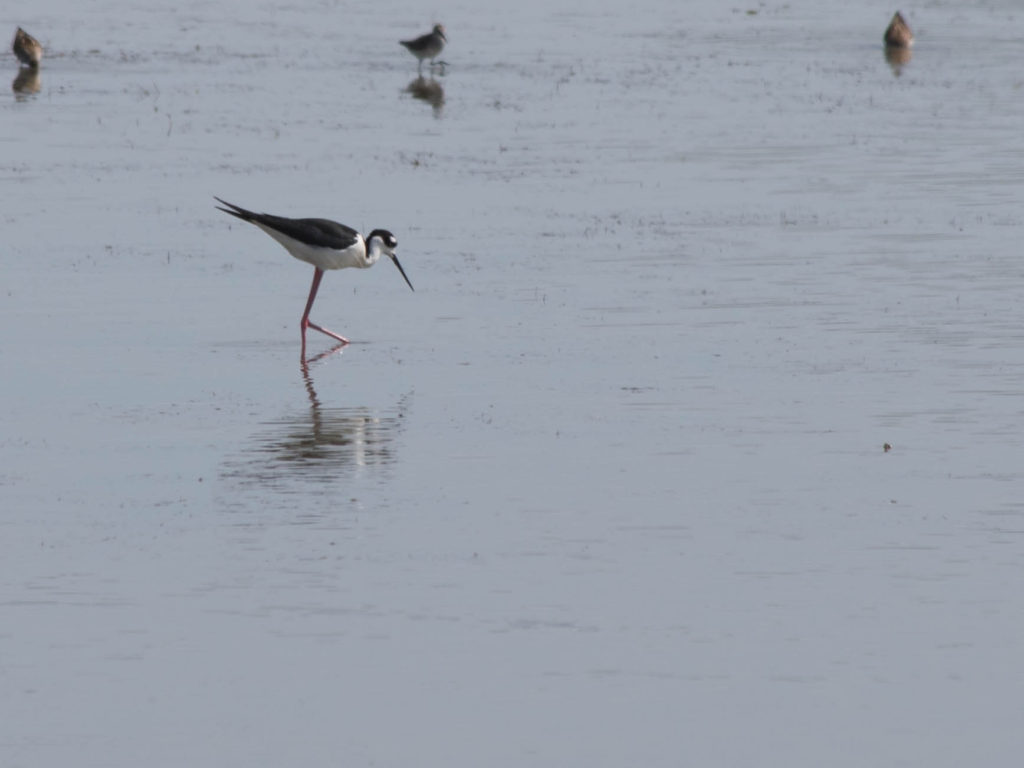 The park is also home to lots of mammals, including deer and raccoons. 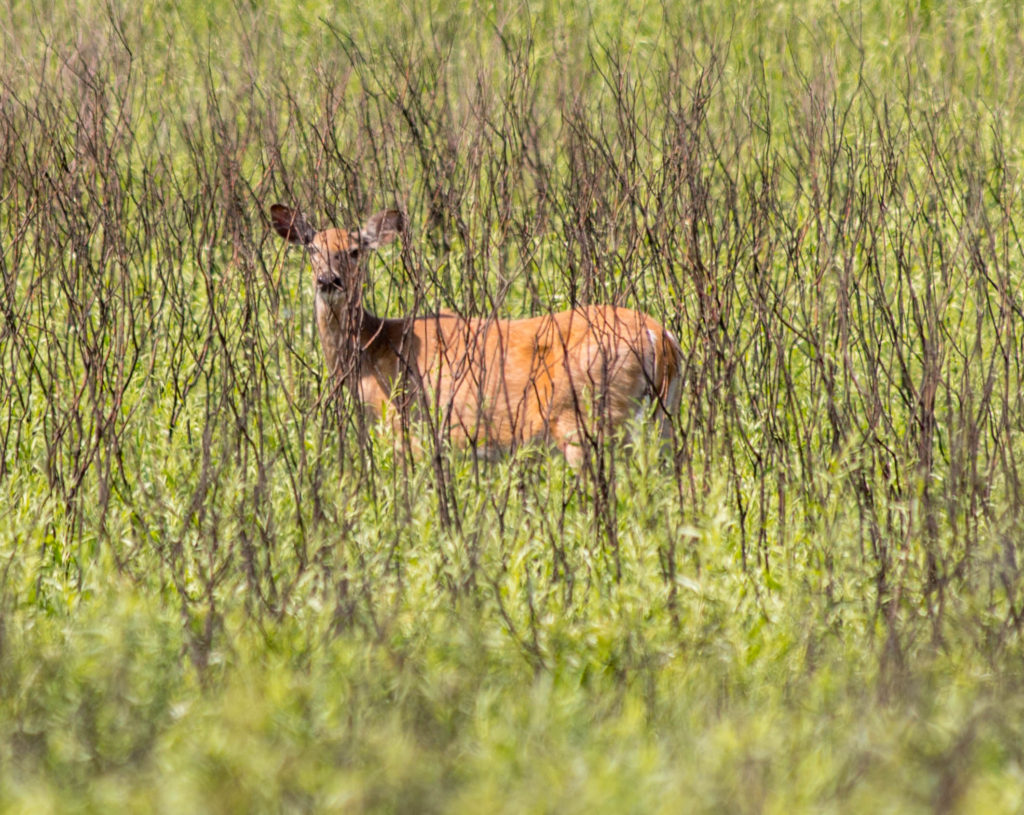 The Refuge has several short hikes which largely cater to photographers and wildlife observers. There are several raised viewing platforms, a couple of birding blinds, and a boardwalk among the many interesting features. Most hikes are relatively short (less than a mile), and several are accessible.