Denver is home to an amazing amount of trails and parks, one outstanding example is the more than 170 miles of Denver Greenway Trails. Composed of numerous trails all over the Denver metro area, including the High Line Trail, South Platte River Trail, and Clear Creek Trail, Denver’s Greenway Trails are an accessible, beautiful way to view different parts of the city. The trails for the most part are concrete or paved, but often offer dirt or gravel side trails winding through woods or other scenic venues. There are at least nine trails that comprise the Denver Greenway Trail system, and they vary by length and location. But, across all the trails they offer a great alternative for outdoor recreation within the limits of the greater Denver metro area. The Denver Greenway Trails are listed below in order of their length. Pictures and links are included for the ones we’ve ridden so far:

The High Line Trail was built on service roads along the 71 mile High Line Canal. The Canal was originally built to bring water to settlers and farmers following a gold rush in 1859 near the confluence of the South Platte River and Cherry Creek. The trail stops at mile 66, because a small portion at the end of the canal has since been filled in. There are mile markers along the trail, and it is open to walking, jogging, cycling, and, in certain stretches, horses. 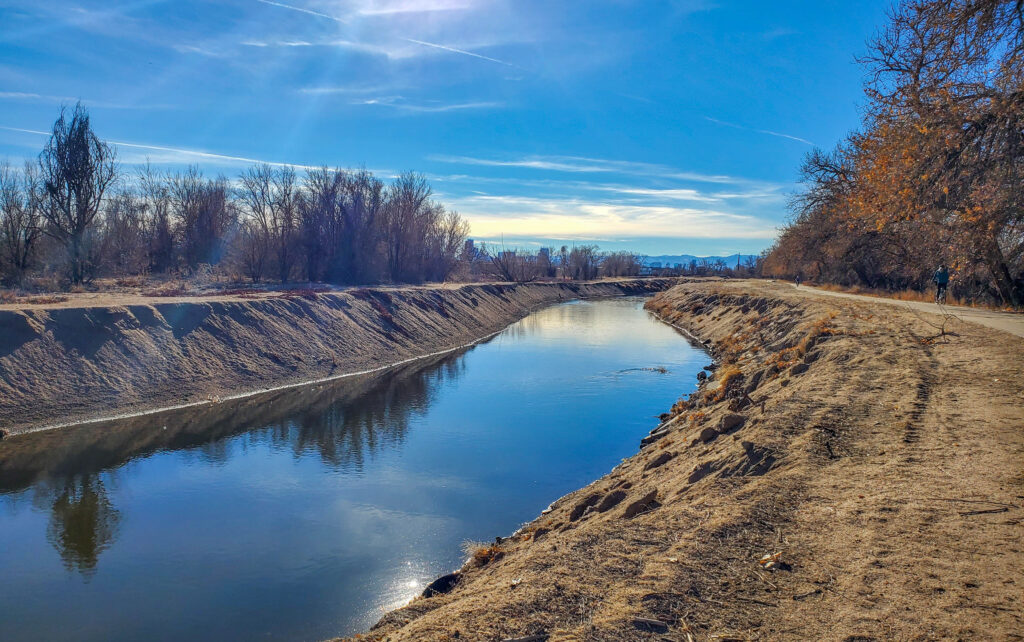 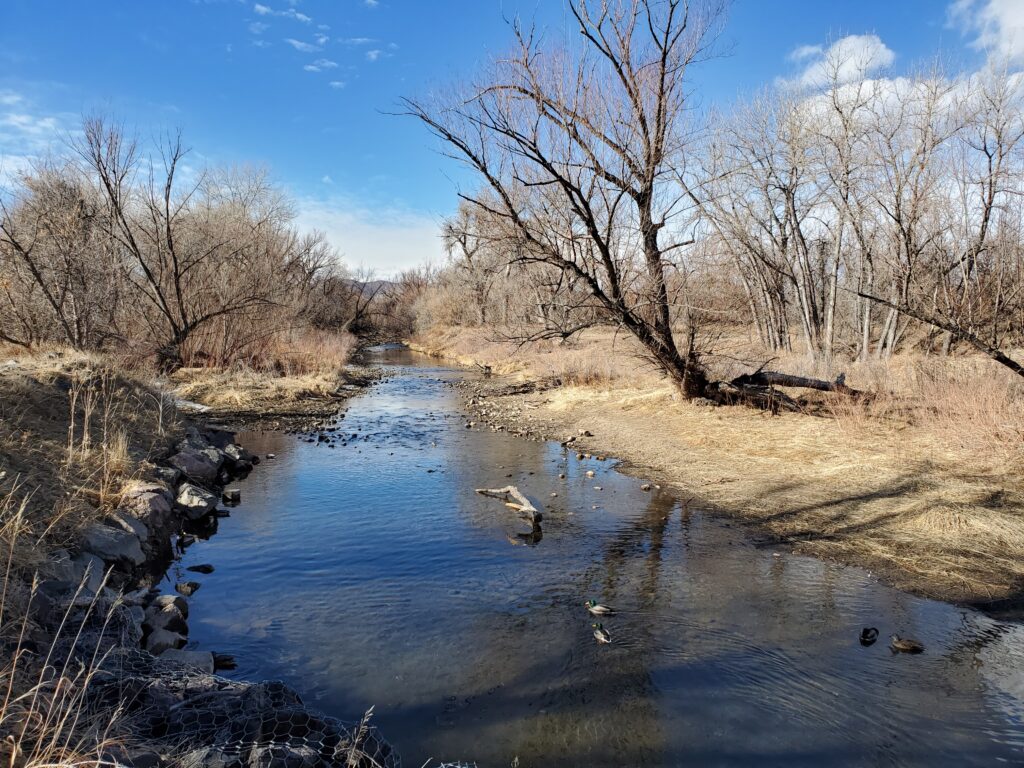 The Clear Creek Trail is an eighteen mile paved trail from Denver to Golden, Colorado’s first capital city. The trail runs from the South Platte River trail near where it crosses I-76 and winds along Clear Creek through a variety of areas including neighborhoods, industrial areas, parks, and greenways along the way until it ends in Golden. Learn more about the Clear Creek Trail here: Clear Creek Trail

Sand Creek Trail is a 14-mile public greenway trail that runs from the High Line Canal in Aurora, Colorado to the South Platte River Greenway in Commerce City. Along the way, it passes through northeast Denver and the Stapleton community. 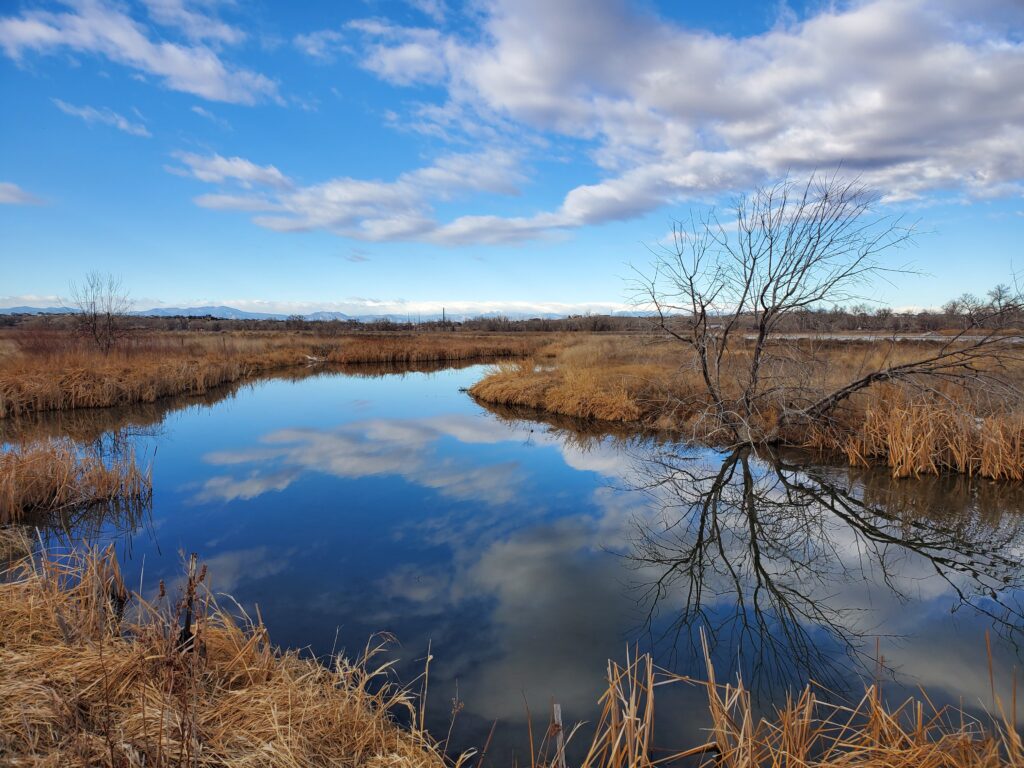 Ralston Creek is a 12.5 mile trail that winds through Arvada. The trail begins in Gold Strike Park at the confluence of Ralston Creek and Clear Creek, and winds through a series of parks to Arvada Blunn Reservoir where it ends with spectacular views of the Denver skyline. 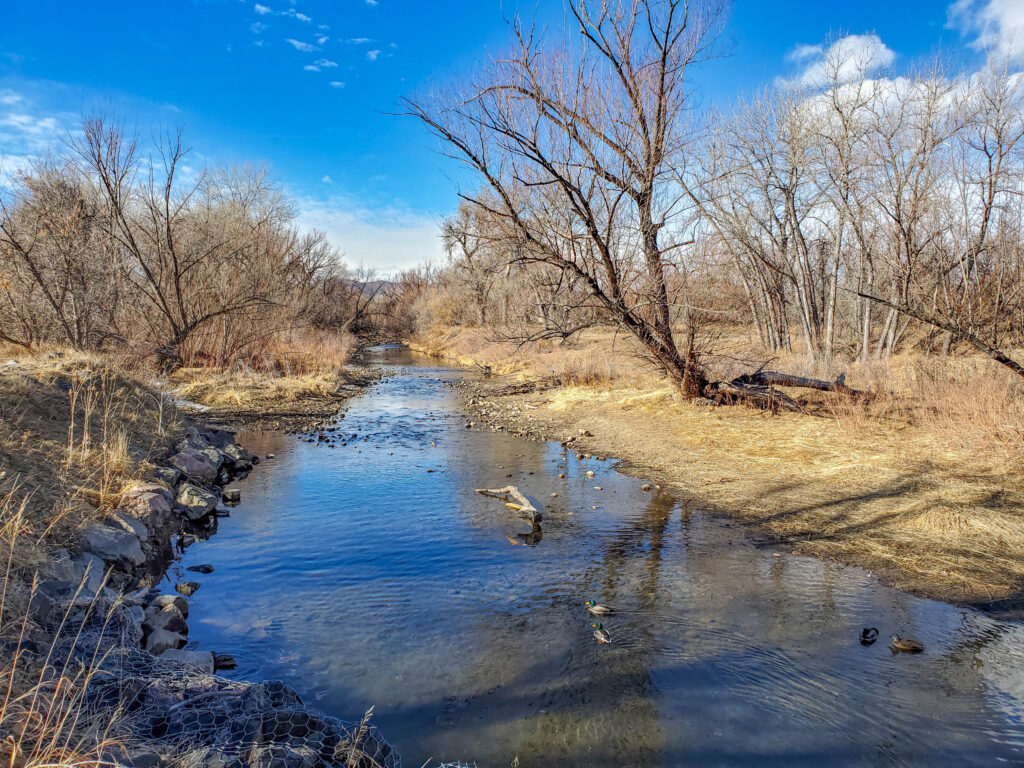 Bear Creek Trail is a 12.5 mile greenway trail from Denver to Morrison CO, just outside of Red Rocks Amphitheater. The trail starts at an intersection with the South Platte River Trail and the Mary Carter Greenway Trail near the Riverpoint at Sheridan Shopping Area in Englewood and follows Bear Creek through town to Morrison.

The Lilley Gulch Trail is a short paved recreation path that cuts through the suburbs southwest of Denver. The trail runs east to west about 2.5 miles each way from Columbine to Lilley Gulch Park.